The Nova Scotia Marathon is 46 years old and still going strong. Last year in celebration of its 45th anniversary, the event saw a record number of participants–some 350 plus across three races–cross the finish line. It included individuals from eight Canadian provinces, two territories, nine U.S. states and countries as far as Ireland, China and the Philippines. 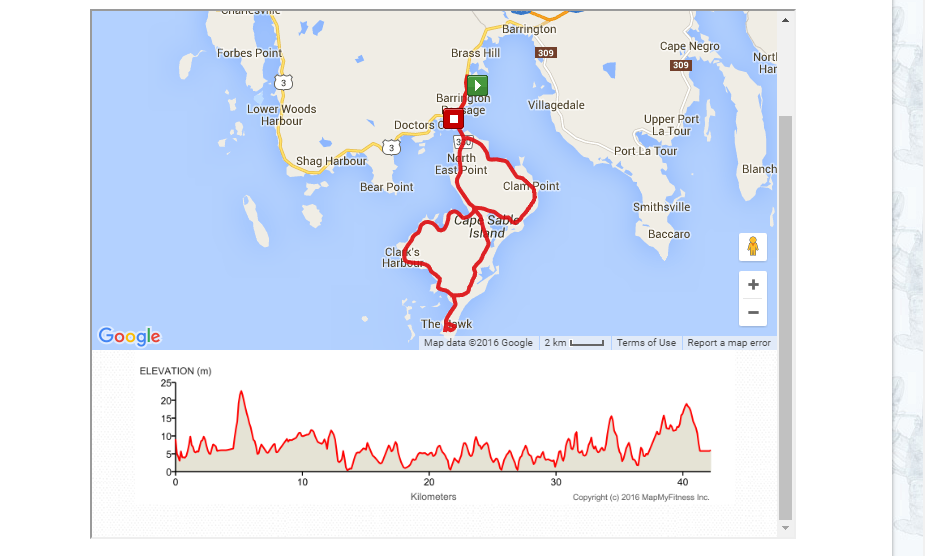 The certified and Boston qualifier marathon course features scenic rolling hills on country roads and is run as two large loops in a figure eight configuration. All races starts behind the Barrington Municipal Arena and finish at the nearby Recreation Centre, where change and shower facilities are available.

Participants enjoy a well-marked and marshaled course, aid stations every 3K and a picturesque course that runs almost entirely along the ocean. After the finish, all participants as well as family and friends gather at the local Curling Club for awards and a reception. There, fish chowder and seafood chowder will be served, with pies and ice cream for dessert.

More than ever, this event has become a ‘must-run’ for those from the province as well as a ‘bucket-list’ event for many runners from across the country.

For a complete listing of runs and races from across Canada–including historic and bucket lists events like this–use RaceGuide.ca