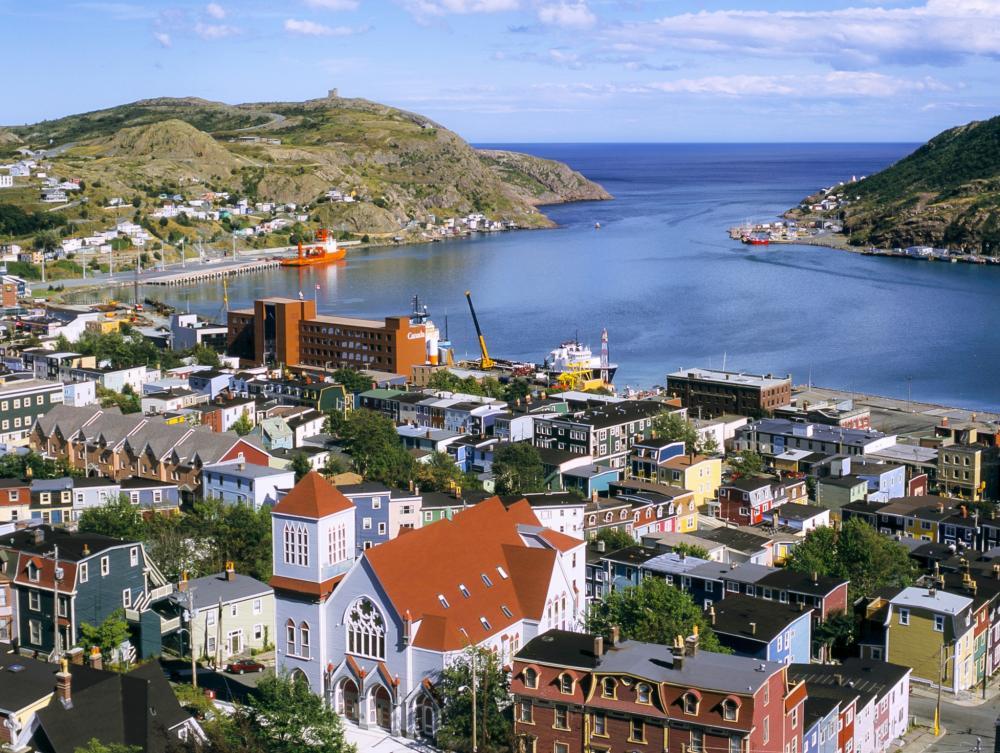 A resident once told me St. John’s has two seasons: winter and almost-winter. And yes, I do have memories one October of running beside a woman who was bent double from the wind while the sleet drove into my face like tiny nails. But don’t let that deter you from running in one of Canada’s most splendid cities. St. John’s has a vibrant running community and no shortage of scenic places to run.

You might, for example, wish to warm up with a jaunt through the city centre, admiring the area’s unique historic architecture, the vivid colours of its row housing, and the raw beauty of the exposed rock and wild ocean. You can then tackle Signal Hill, where Marconi received the first transatlantic wireless signal in 1901. The road up to this former military citadel is long and steep, but rewards runners with spectacular views of the city and the ocean. On the backside, a trail with unmatchable scenery leads back to the city. Watch your step, though – footing is tricky.

The Battery (100 Signal Hill Road), The Marriott (131 Duckworth Street) and The Delta (120 New Gower Street). But if you want something along the lines of a boutique hotel, consider The Murray Premises (5 Beck’s Cove), an upscale lodging housed in an 1846 commercial building.

While St. John’s infamous George Street remains the city’s hotspot for late-night drinking – including screech-ins – nearby Water Street also hosts a number of notable restaurants and pubs – including Nautical Nelly’s. Jam into this cosy, wood-panelled pub on Thursday’s “mussel nights” for cheap plates of the fresh and delectable bivalves and wash them down with pints of beer. Around happy hour, it’s standing room only with locals crammed cheek to jowl.  Young woman dressed as mermaids no longer hand out appetizers, but Nelly’s offers plenty of other seafood, including chowder, pan-fried cod and, of course, fish and chips. Nautical Nelly’s, 201 Water Street, (709) 738-1120.

Lobster poutine is just one of the exotic dishes on offer at Aqua, one of the capital city’s many sophisticated restaurants. Just because St. John’s is isolated doesn’t mean it lacks style. Aqua tempts runners’ palates with such rich meals as juniper-grilled caribou medallions, coriander spiced cod cheeks and cast-iron fried steelhead trout. Recently Mark McCrowe, a native Newfoundlander who attended the Culinary Institute in B.C., took over the contemporary restaurant. Its lunch menu offers something all aspiring winning runners might want: The Sandwich of Champions, made of pork scaloppini, tomato chutney, bacon, fried egg and old cheddar. But you may want to want until after the race to eat it. Aqua, 310 Water Street, (709) 576-2782.

George Street, of course. After multiple drinks at the many bars and pubs lining this lively district, you’ll be more than ready to kiss the cod as you get screeched in as an honorary Newfoundlander.

The Running Room (9 Rowan Street) carries a wide variety of shoes and gear and offers runs and clinics from its store. 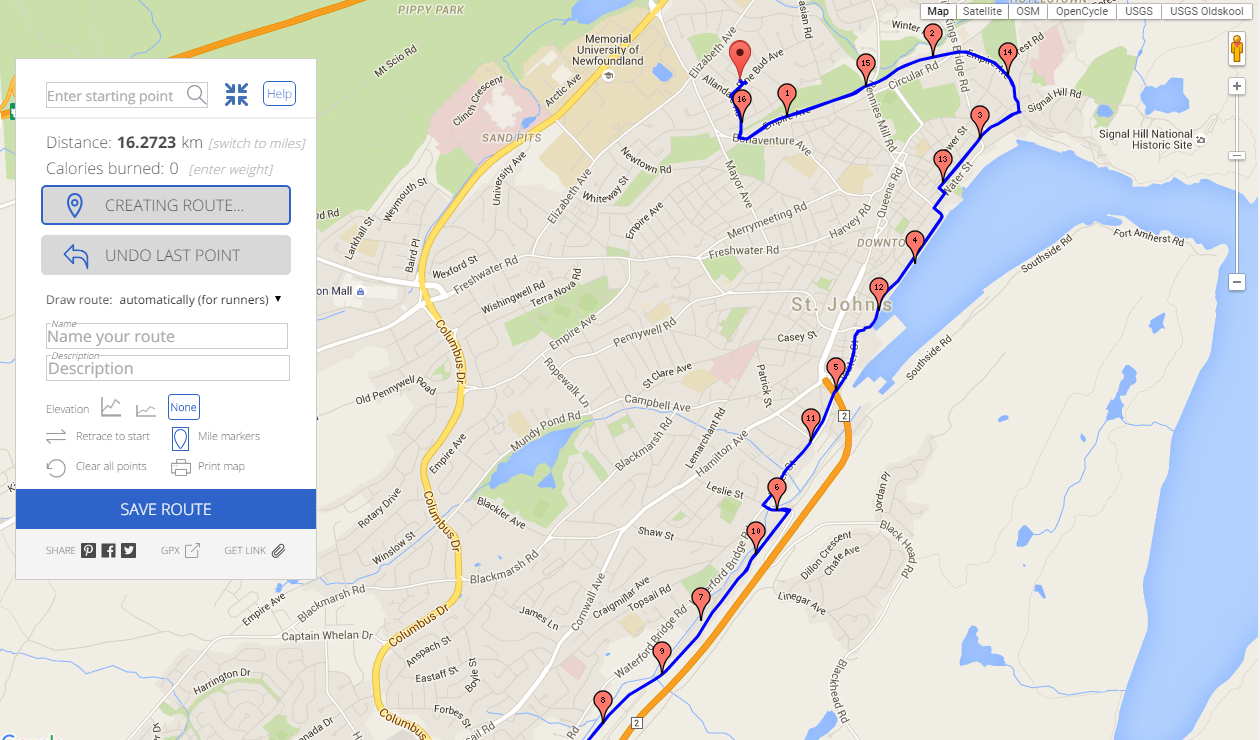 This fairly hilly loop takes you past beautiful Quidi Vidi Lake, where runners are sometimes lost to the Inn of Olde, a whimsical area pub. Start at Rowan and turn right on Elizabeth, running right to Torbay, left on Ennis, right on Parsons, left on Logy Bay, right on Selfridge and then left on Charter. Proceed right on East Hills Road, left on the Boulevard and then follow Quidi Vidi Road to Forest and then Empire, finally turning right on Bonaventure, right on Pinebud and then left on Rowan.

This out-and-back through the heart of the city’s downtown, along one of the oldest streets in North America and past the scenic harbour views can be a tough go in winter because of wind and snow. If it gets too harried, you could always duck into a George Street pub. Leave Rowan Street and turn right on Pinebud, left on Allandale, right on Empire and then run  along Duckworth, Harbour and Water Streets before going left on Leslie Street and then right on Southside Road until you hit Waterford Lane. Then return following the same route.