The Pare brothers, Johnny, 13, and Matt, 15, were two of four runners in the 19 and under category who finished the 42.2K on May 21. Johnny, who is a standout golfer, turned 13 on the same day and celebrated his birthday running his first marathon. The older of the pair was the top runner in the under 19 age category on Sunday.

Matt, who had done previous Blue Nose Marathon events in the past, including the 10K, ran 3:44:42 while Johnny did it the hard way, running 1:57:28 for the first half. Johnny was the one who first expressed interest in running the annual Halifax race in February and once his brother got wind of the challenge, he wanted to run the marathon too.

The brothers say that the longest run they did in training was a 20-miler (32K), done on three occasions in the lead-up to the race. Both are multi-sport athletes, with Johnny known as “Little Rickie” on the golf course because of his fondness for PGA Tour player Rickie Fowler– one of the best golfers in the world. Where most people feel the effects of a marathon in the days following a marathon, Johnny was back out on course on Monday. He regularly shoots in the eighties and once shot a 70. 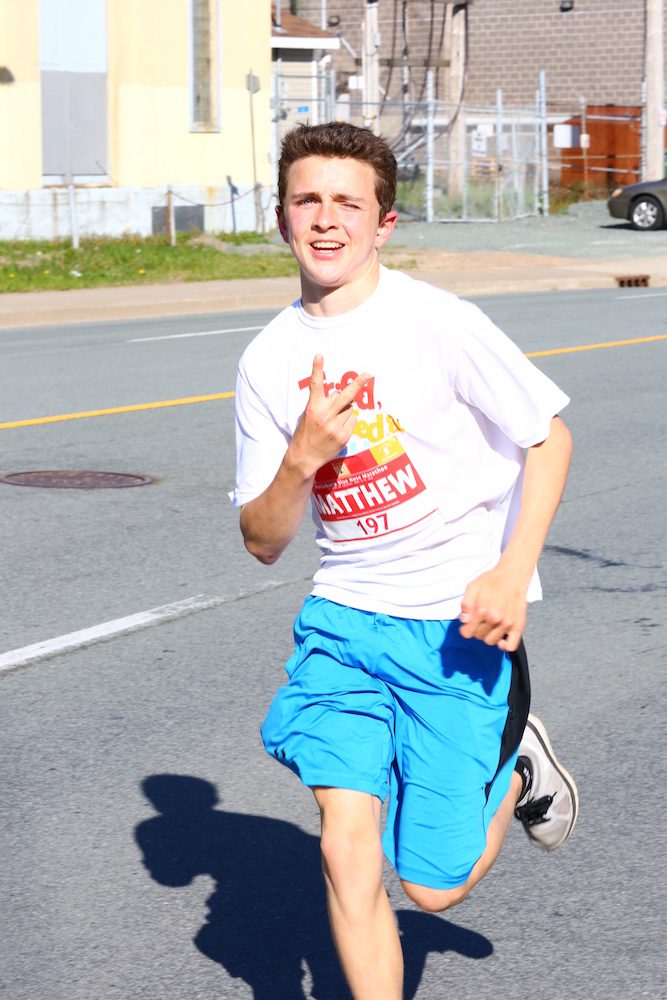 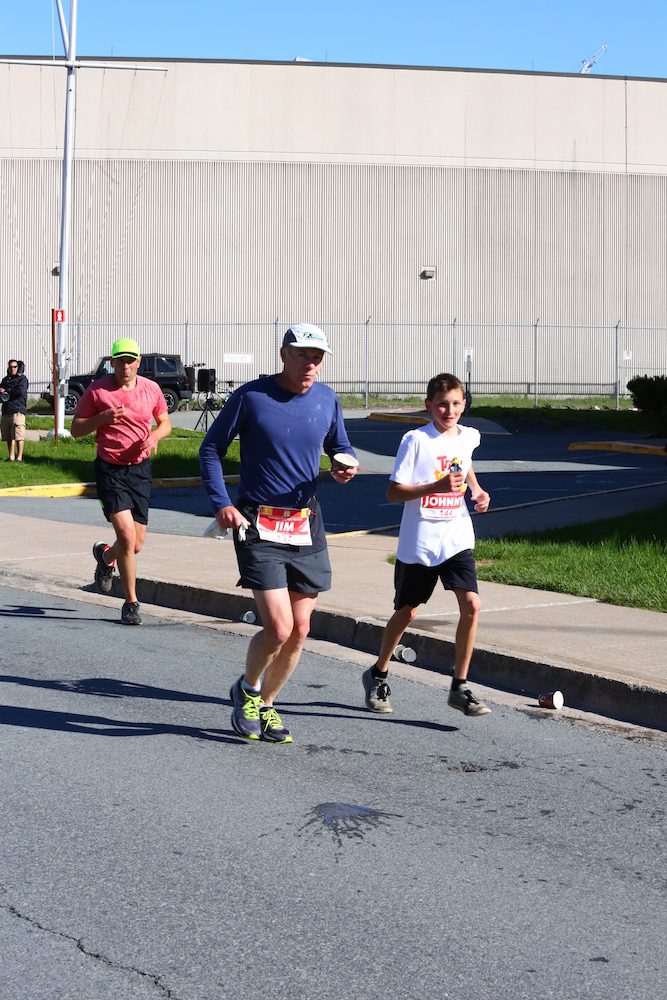 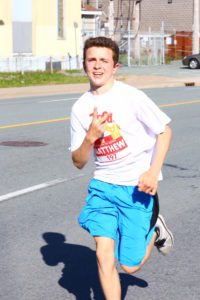 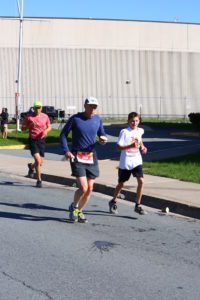 “I felt good and tried not to go out too hard or walk at any point in the race,” Matthew, the older of the two and middle child among the three Pare brothers, says. “The last 3 miles (5K) I was really tired. I really wanted to break four hours.”

Matt, who is more natural a runner than Johnny according to his mother, Kim Pare, had run half-marathons in the past and “was barely tired” for those races. Neither parents, Kim nor Keith, had doubts that Matt could finish the marathon. For Johnny, his training trailed off near the race as golf season began and he was out on the links almost every day. With a few walk breaks, he ran 4:40:58 with his family, including 93-year-old great grandmother, waiting at the finish line. “I drank and had some gel packs,” Johnny says.

Both want to run another marathon and participate in the 2018 Scotiabank Blue Nose Marathon race weekend, their hometown event.