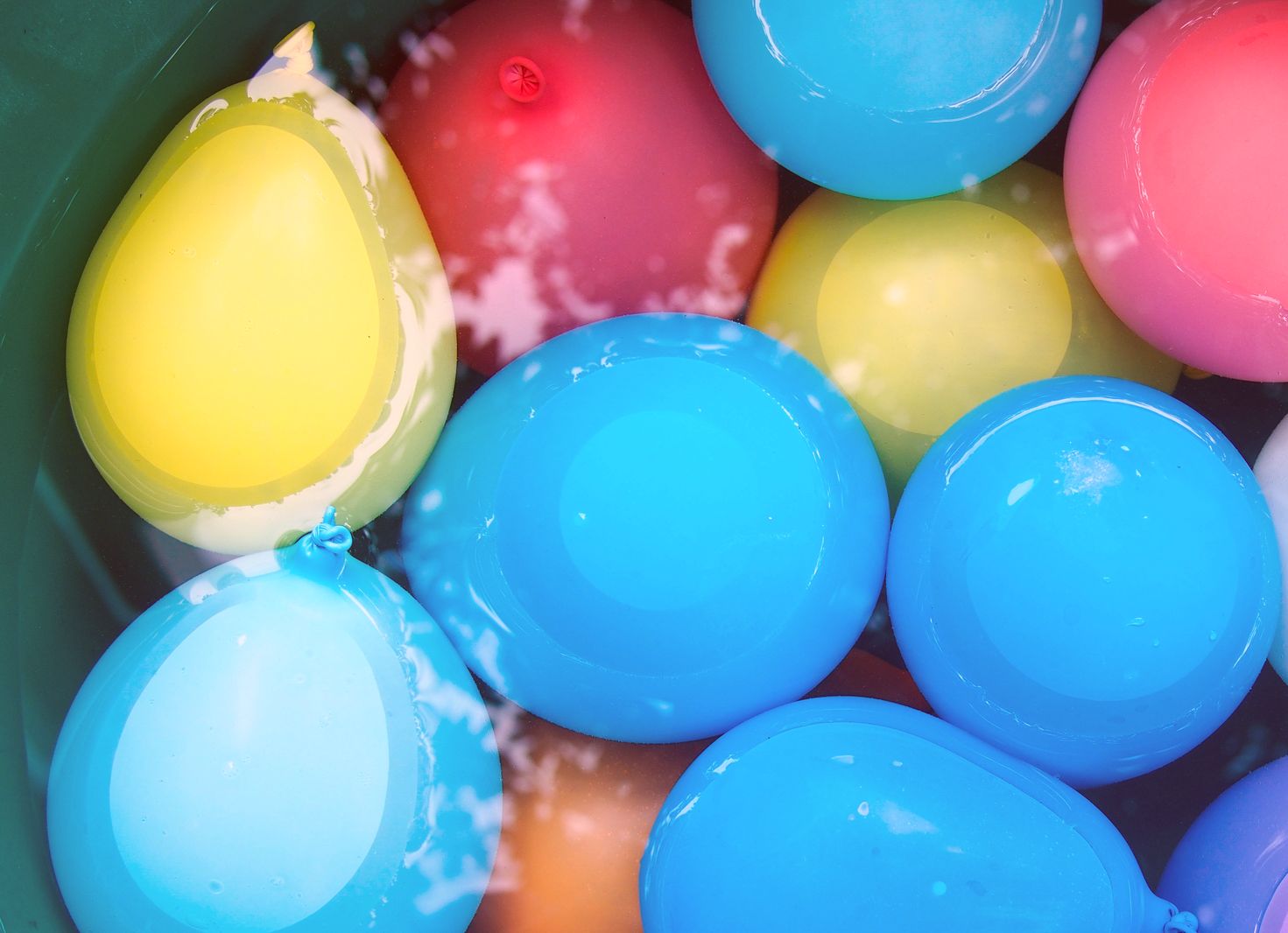 At Canadian Running, we work to bring you the best advice to motivate, inspire and help morph you into a better runner. We have decades of experience and thousands of kilometres under our belts that qualifies us to pass along this wisdom, but let it be known: it didn’t come without a cost. More importantly, it didn’t come without error. Dear loyal readers, as embarrassing as it was for us to admit to these moments in writing, the mistakes our team has made are too good to be kept a secret. We hope the entertainment value makes this worth it…

“I stole a baby’s sippy cup”

“I was trying hard to qualify for Boston at the Victoria Marathon and was on pace for finishing five minutes under the required time when, at 30K, I accidentally bit into a salt capsule instead of swallowing it. My throat instantly dried out. I started to choke. I couldn’t breathe. I went into full panic mode. I was in desperate need of water, juice, anything! There was no aid station. There was however a baby in a carriage with a full-looking sippy cup. You see where this is going… Moments after spotting this baby’s beverage, I made a beeline and tried to mime my predicament to the parents. They had no idea what I was trying to communicate so I went ahead and snatched the cup out of the baby’s hands and started chugging. Through desperate gasps for air, I fumbled with my words both to thank them and to offer an explanation for literally stealing from their baby. Then, I ran off to qualify for Boston. So, if the family who helped me out are out there and reading this, thank you!” – David Chaundy Smart, editorial director

“I got way too competitive with a high schooler.”

“Recently I ran a 10K and for whatever reason, I decided to start it completely cold . I didn’t warm up whatsoever. The gun went off and I then proceeded to go out way too fast, chasing some high school kid who I figured was running way over his head. What can I say? I’m a competitive guy. The first K was crazy fast and the kid didn’t slow down like I expected. I, on the other hand, slowed down a lot and felt awful for the remainder of the race. As an aside, I’m sure the coffee and butter tart that I purchased at the local gas station was not the best pre-race meal. Needless to say, it was a few minutes off from a PB.” – Dan Way, Race Guide editor, writer

“I was invited to Maritime Race Weekend last year and my flight left me feeling a little… queasy. I was running the 5K in a mere few hours and even though my stomach was threatening to declare war, it was also raging with hunger. I needed to feed this beast before my personality turned monstrous itself (as it does). Now, keep in mind that I’ve written more than my fair share of pre-race nutrition articles telling other people to eat plain bagels, banana, oatmeal and tons of other boring stuff. I’m not new. I know the drill. Did I follow my own advice? No. Did I instead down spicy fried fish tacos with fries? Yes, I did because I apparently have the self-control of a golden retriever. Stupid. As one would suspect, I ran the race directly after and felt horrendous. I also happened to be meeting new people that weekend. There’s nothing quite like introducing yourself to another woman in the industry by saying “Excuse me, but I feel sick,” and then running to hurl in your shared condo bathroom. Absolutely horrifying.” – Sinead Mulhern, web editor

“I wore casual sneakers to a half-marathon.”

“I travelled halfway across the world for a half-marathon in Israel. On race morning, I woke up to my alarm only to discover a nasty sore throat and dreadful weather with whipping winds and chilly pouring rain. I went back to sleep for 30 minutes thinking I wasn’t going to bother with the race. When I woke up, the sun was shining through a hole in the clouds. I started thinking about how I travelled all this way and there I must do the race. But the clock was ticking, I needed to move if I was going to make it. In a hurry, I got all my stuff together and hustled over to the start just in the nick of time. However, in my haste, I forgot the most important thing: my running shoes. I looked at my feet and realized I was wearing a pair of casual sneakers and there wasn’t enough time to make the swap. Regardless, I ran the race, the wind was awful, hail was painful, my sickness got worse the longer I ran and to add to that, my feet hurt for days after. I think my time was surprisingly OK in the end.” – Sam Cohen, publisher

“I accidentally went off course on the bike in a triathlon. It was a frustrating experience and when I got back into the second transition zone, before the half-marathon, there were no free port-o-potties so sat in the grass and peed myself and cried simultaneously. I did get up and finish the race.” – Claire Duncan, web editor Triathlon Magazine Canada

“My coach had to rip off my pants.”

“My funniest race mistake was probably when I was in my first year at Queen’s… I was racing at the Guelph arboretum in October. Since it was a bit chilly, I had tights on for the warm up. I made the fatal error though, of putting my spikes on before taking my tights off, thinking it wouldn’t be a big deal to just pull my tights off right before the race (#newbie). With about two minutes to go time, I couldn’t get my tights off over my spikes. Despite my desperate attempts, these tights stubbornly clung. Already nervous, I started to panic. Here, the race was about to go and I was playing tug-of-war with a pair of spandex. My team’s assistant coach saw what was going on, ran over, toppled me onto the ground and ripped them off for me. Then, he picked me back up and put me on my feet as the announcer called ten seconds to start. Brant Stachel, the coach who saved my butt, still laughs at me for my leg-wear debacle to this day.” – Caela Fenton, writer

TFW you wear half tights & they’re inside out 🙃🙃 | 📷: @photosculptor2/@runcrs

“I considered dropping my pants while going commando.”

“At the Scotiabank Montreal Half this year, I warmed up as I typically would before a race. (A 20-minute run 60 minutes before the gun goes off.) This year has been The Year Of Half-Tights for me and this was my first time running a distance farther than 10K with said attire. Big day. On the start line though, I looked down and realized that I couldn’t see the shorts’ logo. I had them on inside-out. The seams that are normally on the outside were now faced in. Picturing in my head the chafing that would follow, I briefly considered dropping them right then and there on the spot to rectify the situation. Full disclosure: there were hundreds of people within a few metres of me and I was going commando. This was what was going on in my mind about 30 seconds before the start of the race. I procrastinated though and opted to run 21K with inside-out half-tights. RIP inner thighs. Lesson learned.” – Tim Huebsch, writer

“I partied hard into the wee hours.”

“I always have the best intentions in the days leading up to a race: I tell myself I’m going to hydrate, eat plenty of carbs and get to bed early. But last December when prepping for a late season 10K, I was faced with a confluence of birthday/Christmas parties. The celebrations were in full swing. At first it was a dinner for a friend who was visiting from Montreal. I figured I’d go seeing as his restaurant of choice was one I had been wanting to check out for a while. Plus, I had to eat dinner anyways, right? The trouble started when I remembered that I also committed to going to a murder mystery themed birthday party on the same night (those always seem to sneak up on you…). And it was subsequently compounded when I found out that my oldest friend from elementary school was in town from CFB Petawawa with some of his Army buddies. Yada yada yada… I didn’t get home until too many hours before the race started but I rolled up to the start line with minutes to spare. Cheers to that, I guess.” – Dan Walker, account manager, social media