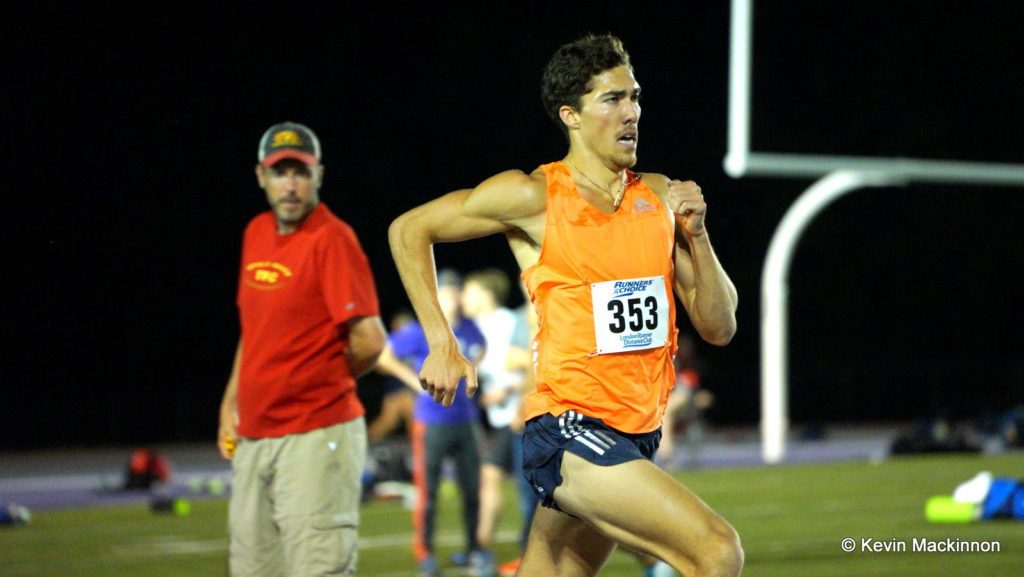 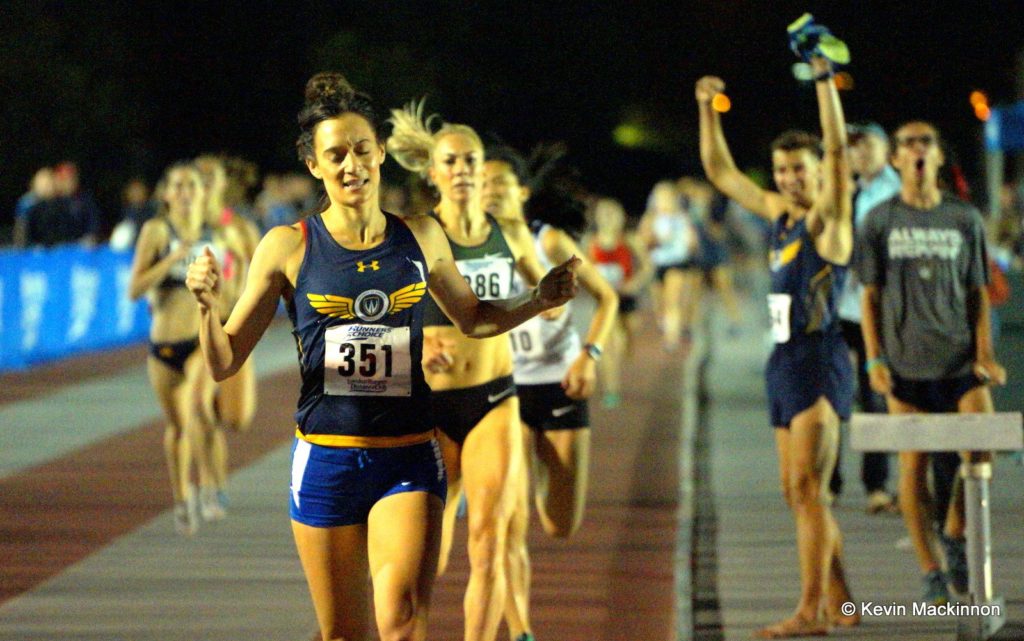 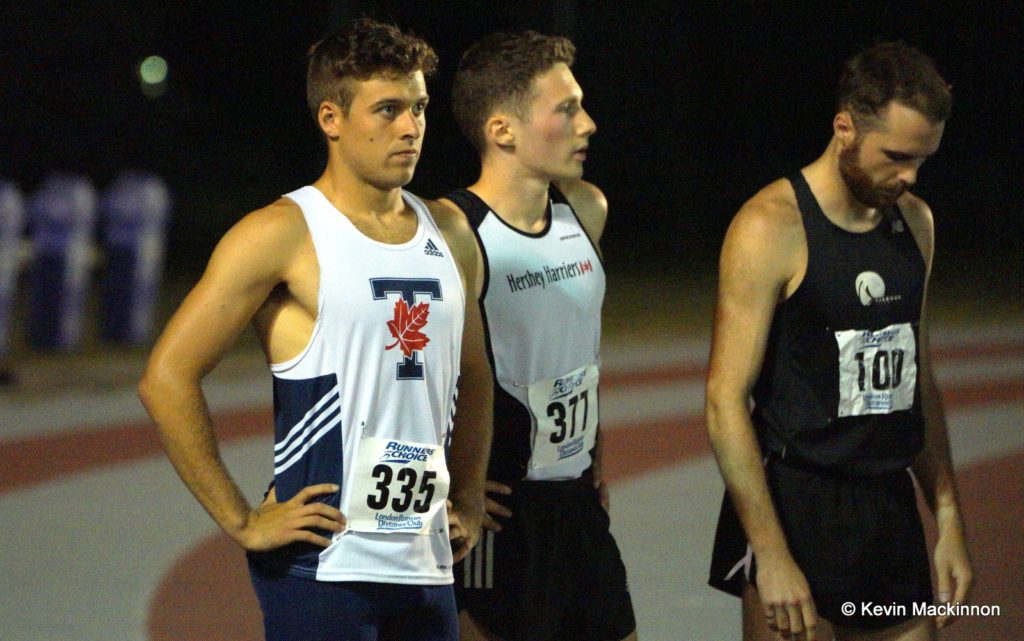 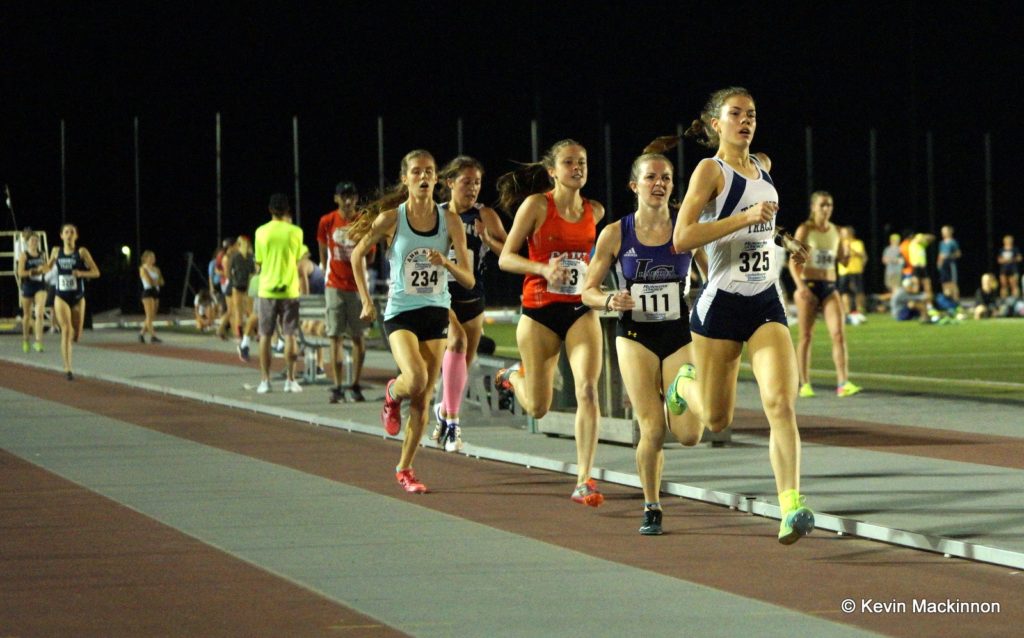 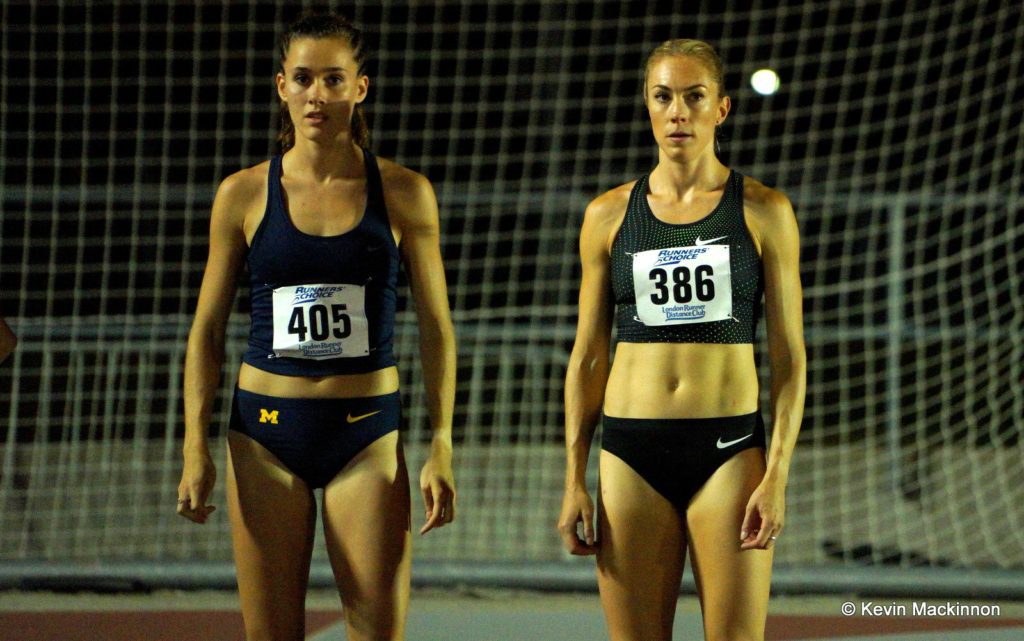 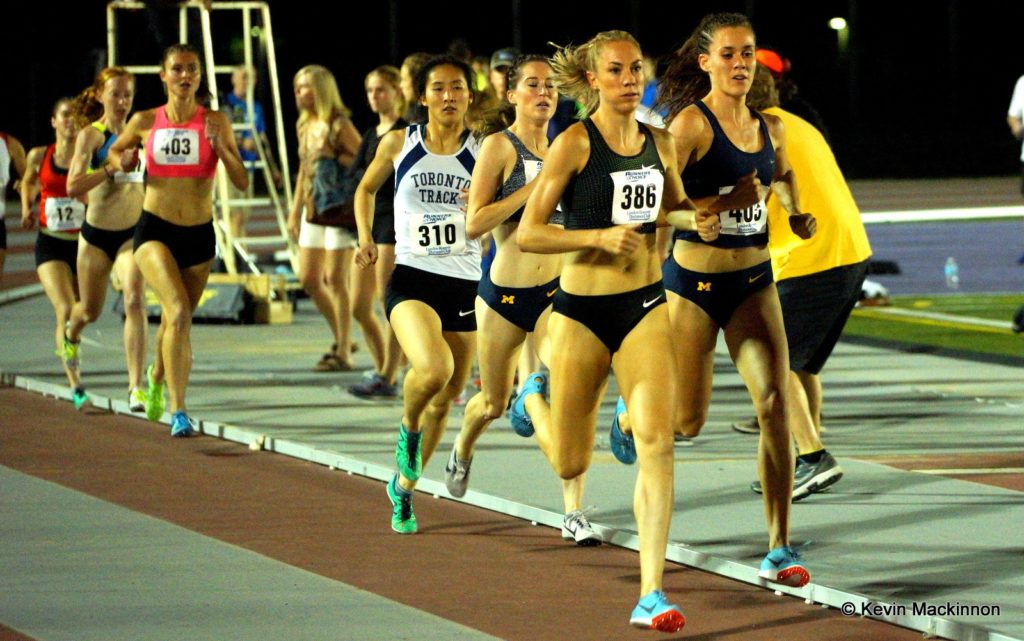 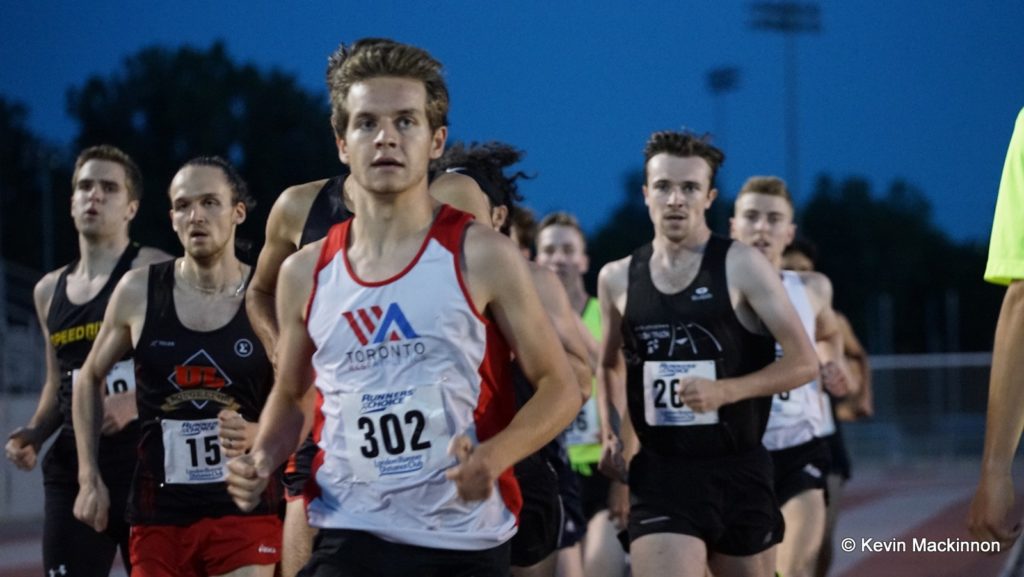 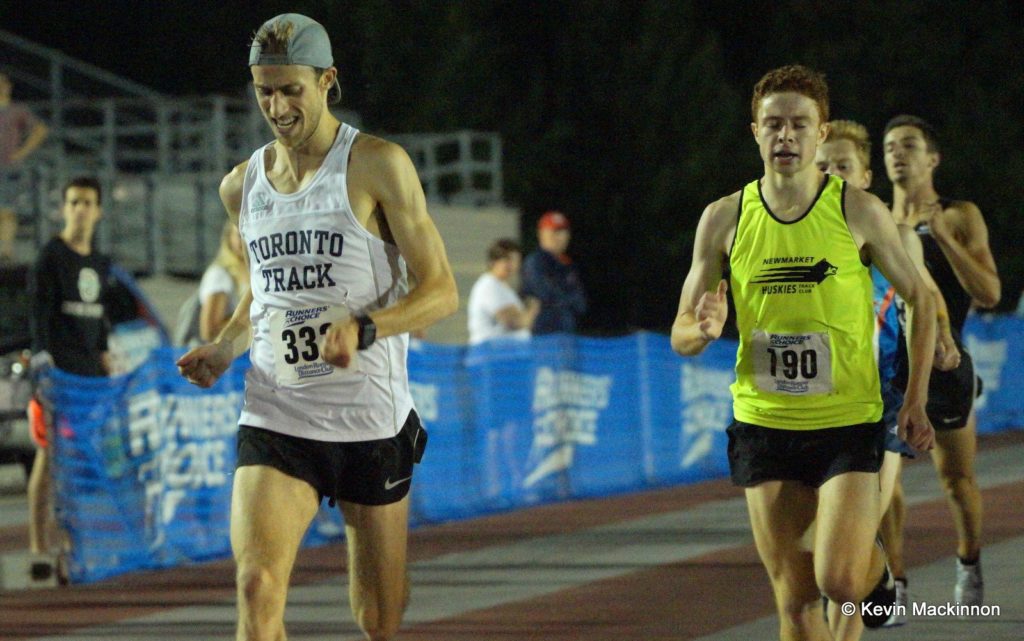 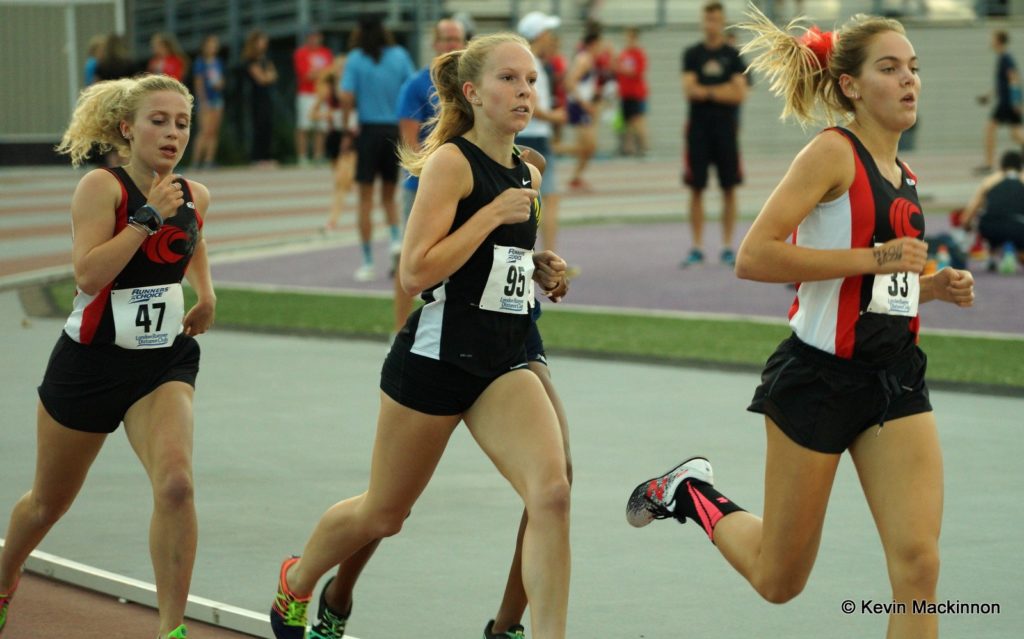 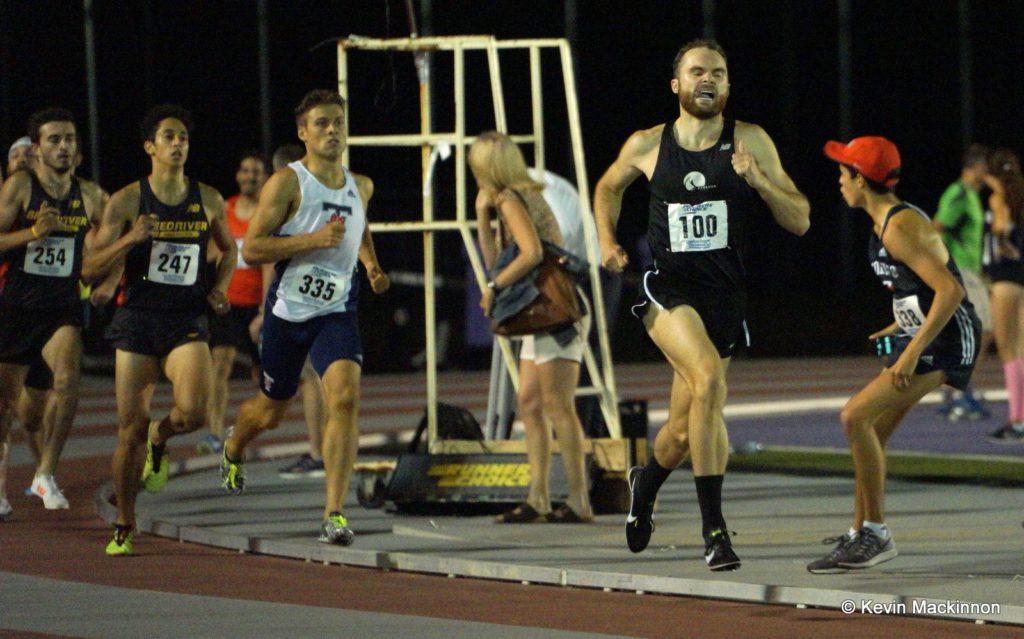 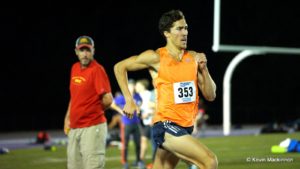 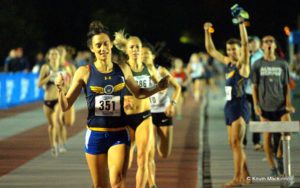 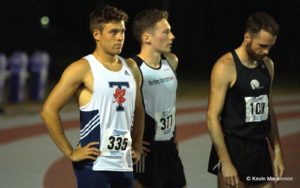 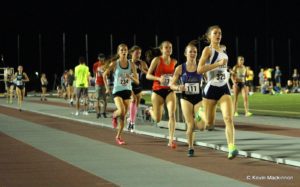 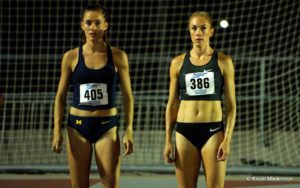 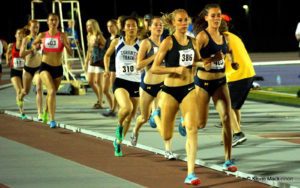 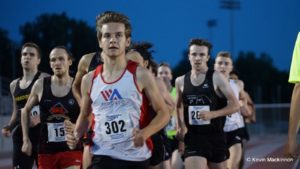 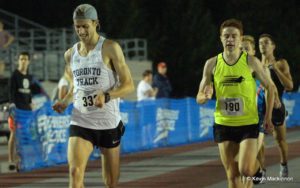 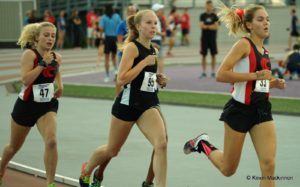 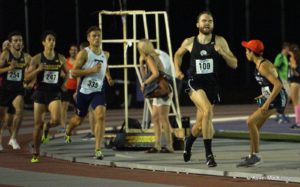 Saturday evening was 1,500m Night in London, Ont. Hundreds of people gathered to cheer on runners of the men’s and women’s 1,500m events at TD Waterhouse Stadium.

The meet began at 6:40 p.m. with the women’s 1,500m, followed by the men’s races. The top two sections of men’s and women’s competition are saved for the end of the evening. The elite sections got underway at 10 p.m. and brought stellar performances under the lights.

One of the best finishes in the 2017 Runners' Choice London Distance Series was between Sergio Raez Villanueva and Jeremy Coughler. This photo was taken by Matt Goodale photography, who will capture more great shots at the Sunday, May 13th London 10,000m (800m & 1500m also hosted) at TD Stadium. Meet registration: TrackieReg.com/2018London10000m

Corey Bellemore was the winner of the men’s meet in a time of 3:40.10. Crowds gathered to cheer him on during his bell lap. Bellemore will race next at The Harry Jerome International Track Classic in Vancouver on June 26th and 27th. Following Harry Jerome, Bellemore will sharpen up for the 1,500m at the Canadian National Championships July 3-8th in Ottawa.

Bellemore was followed by Jeffery Tweedle, who is coming off a win at the Speed River Inferno Wednesday evening in Guelph. Tweedle crossed the line in 3:45.86. Third place went to Mostafa Elkurdy in a personal best of 3:46.73.

Under the lights 💡💡💡 • I've always loved night races. There's something about stadium lights in a dark sky that create an electricity in the crowd and an energy on the start line that is hard to replicate. Tomorrow night I'll get to enjoy this atmosphere at the @londonrunnerdc 1500m Night and I hope you'll join the party! Come out to Western's TD Stadium to take in the action starting at 6:40pm. High performance sections close out this awesome night from 10-10:30pm! 👀 you there! • #trackandfield #trackgirls #tracknation #fitchicks #nikerunning #nikewomen #fitfam @athleticsont @athleticscanada @niketoronto @runnerschoicelondon 📸@john_doenut_foto (thanks for the AMAZING shots!)

On the women’s side, Stephanie Aldea won in a time of 4:15.66. Aldea runs for the University of Windsor Track Club. Second place went to Commonwealth Games medalist Kate Van Buskirk in a time of 4:16.65.

Third place went to OFSAA record-holder Jocelyn Chau. Chau ran a 4:16.99, making her the fastest Canadian junior woman over 1,500m this outdoor season. Chau says her goal for the race was to get out around fourth and hang on from there. “I’m very thankful to my coach, Terry [Radchenko, coach at the University of Toronto Track Club], who kept yelling ‘no gaps’ throughout the race,” Chau says. “Without that encouragement I probably would have dropped off the pace.”

Chau’s time ended up being a personal best by four seconds.

Chau was the youngest of the top three by over nine years, further proving the high school student’s dominance on the track.