Ottawa race weekend wrapped up on Sunday with the half-marathon and marathon, which were run in hot and humid conditions in the nation’s capital. The half-marathon start time was pushed back to 8:15 a.m. to accommodate the heat.

The marathon, however, had a detour for certain runners. At 11 a.m. local time, four hours into the race, officials closed a 10K section of the course which decreased time on course by about 75 minutes. Officials were worried that the heat, which topped 30 C with humidity, was approaching dangerous levels.

Throughout the course, local residents and fans helped out runners by turning on their sprinklers and hoses while children got out their water guns to help cool off athletes. Hydration stations were topped with electrolyte-packed fluid and water plus intermittent banana and gel stations.

Canadian Running was on location throughout the event and got video and photos. The best of the best can be found below: 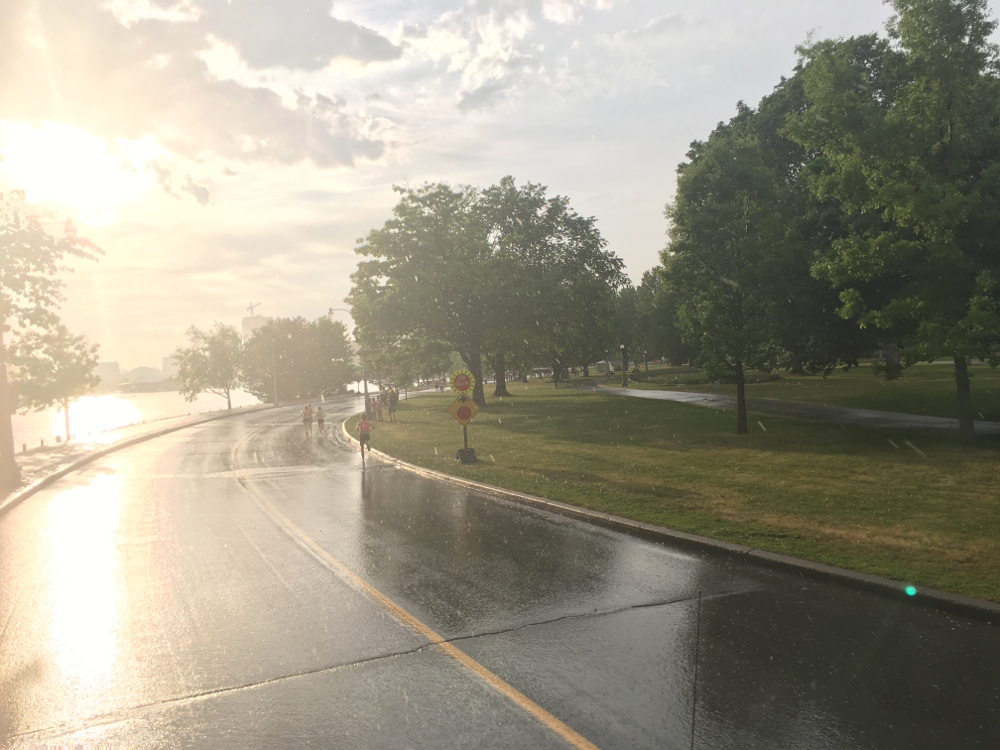 A sudden downpour hit the Ottawa 10K on Saturday evening. 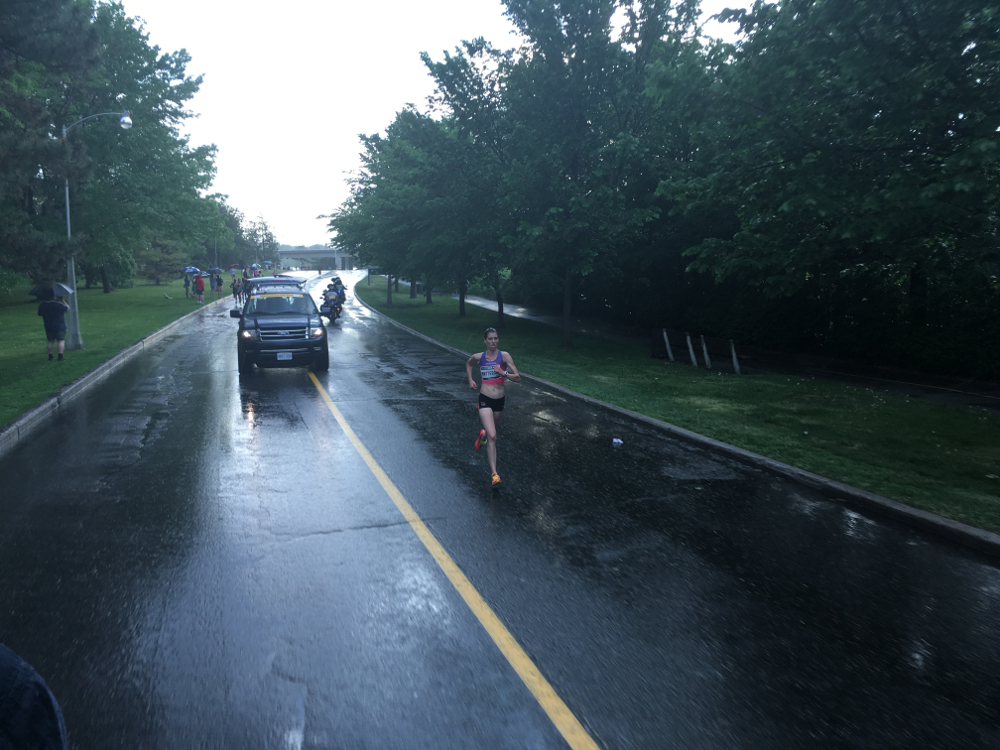 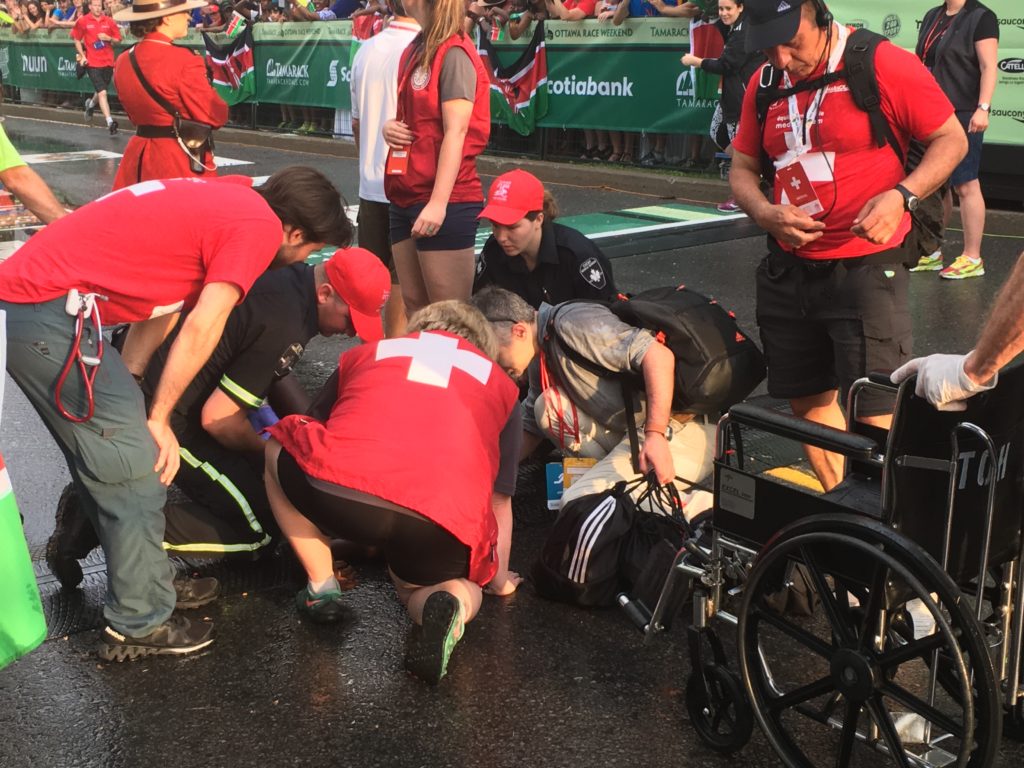 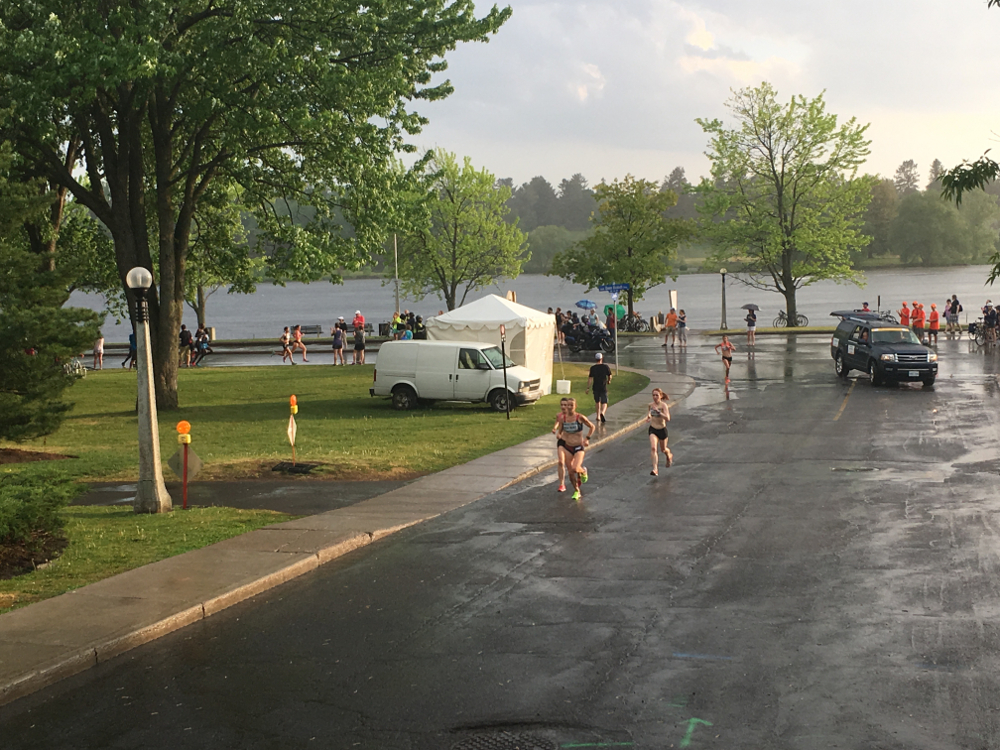 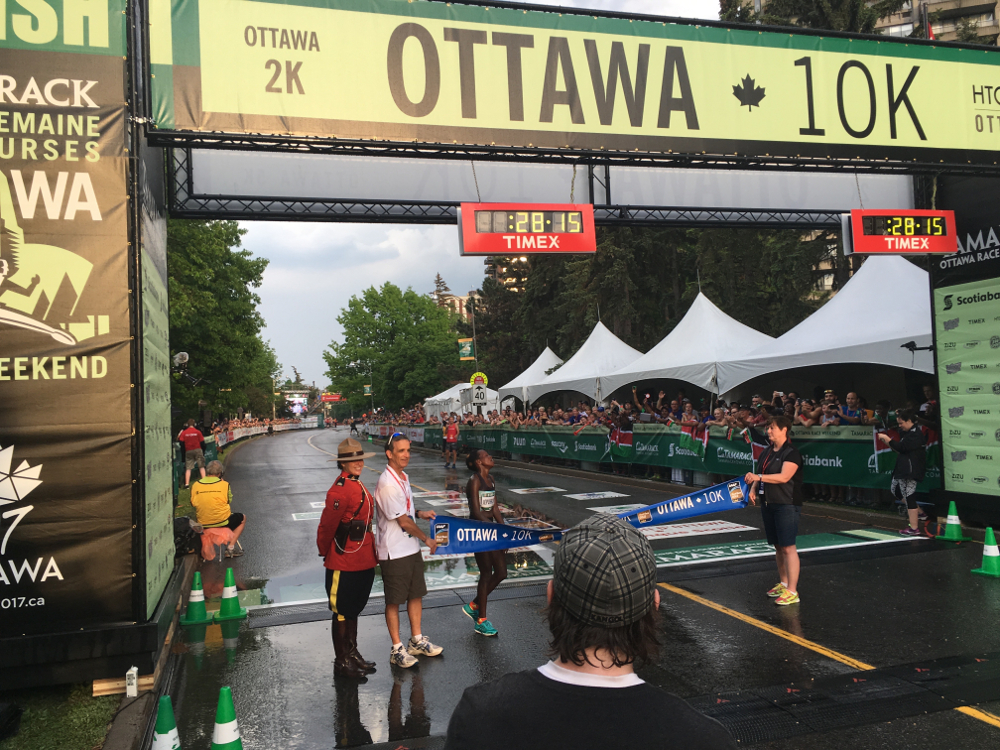 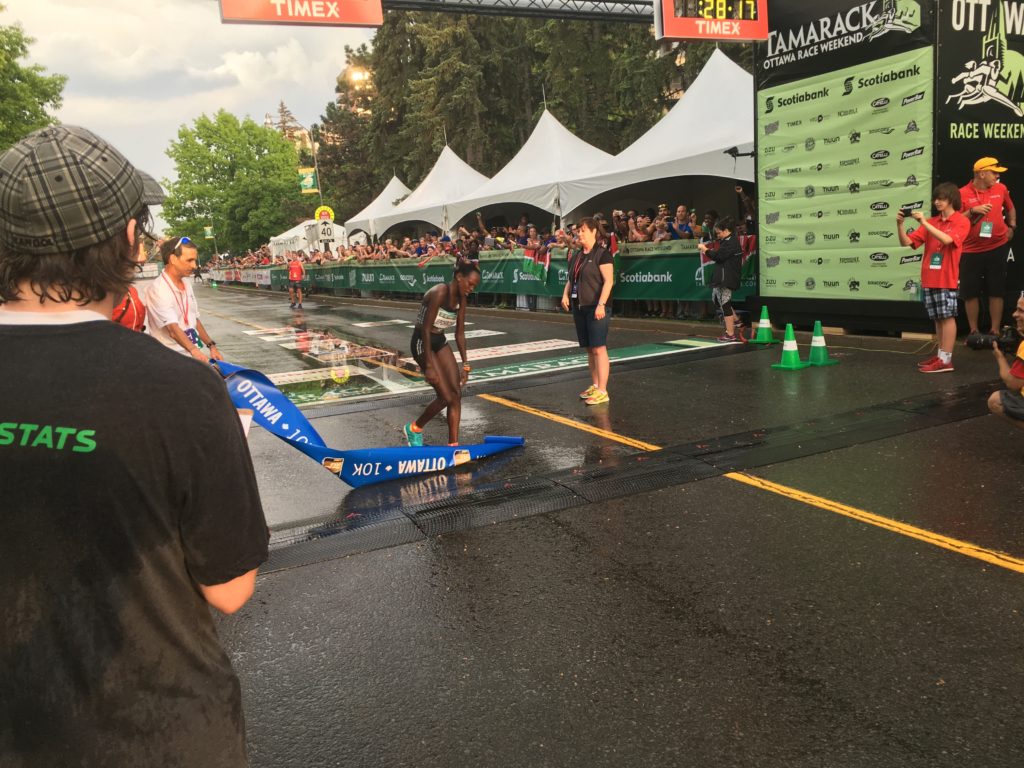 Peres Jepchirchir collapsed at the finish line of the Ottawa 10K. 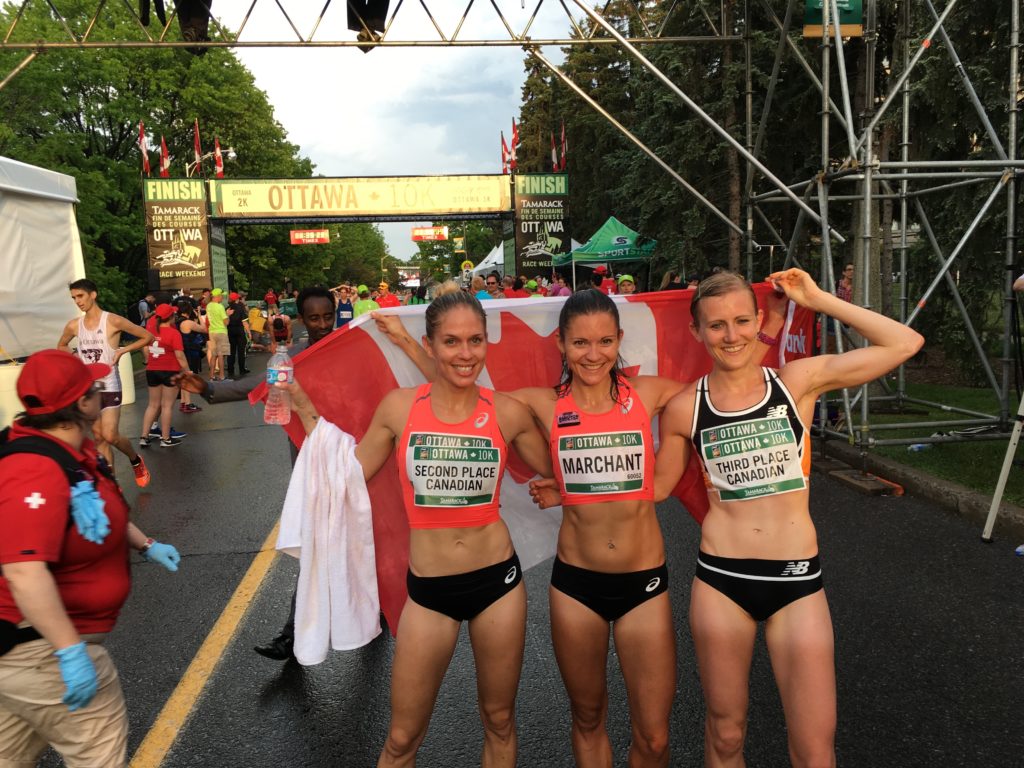 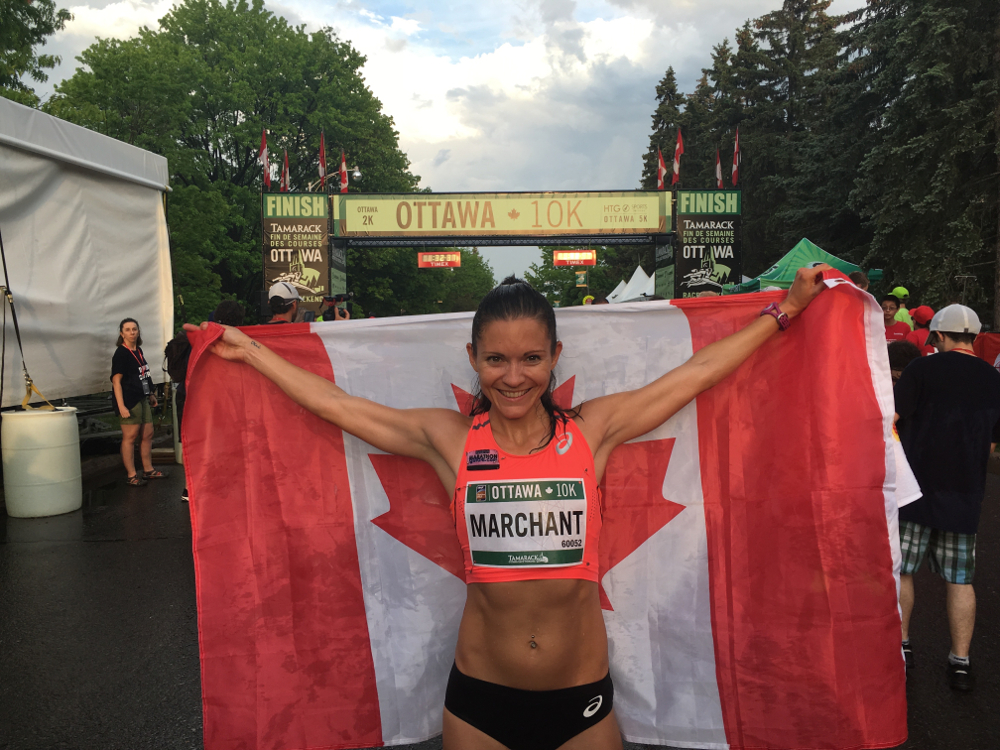 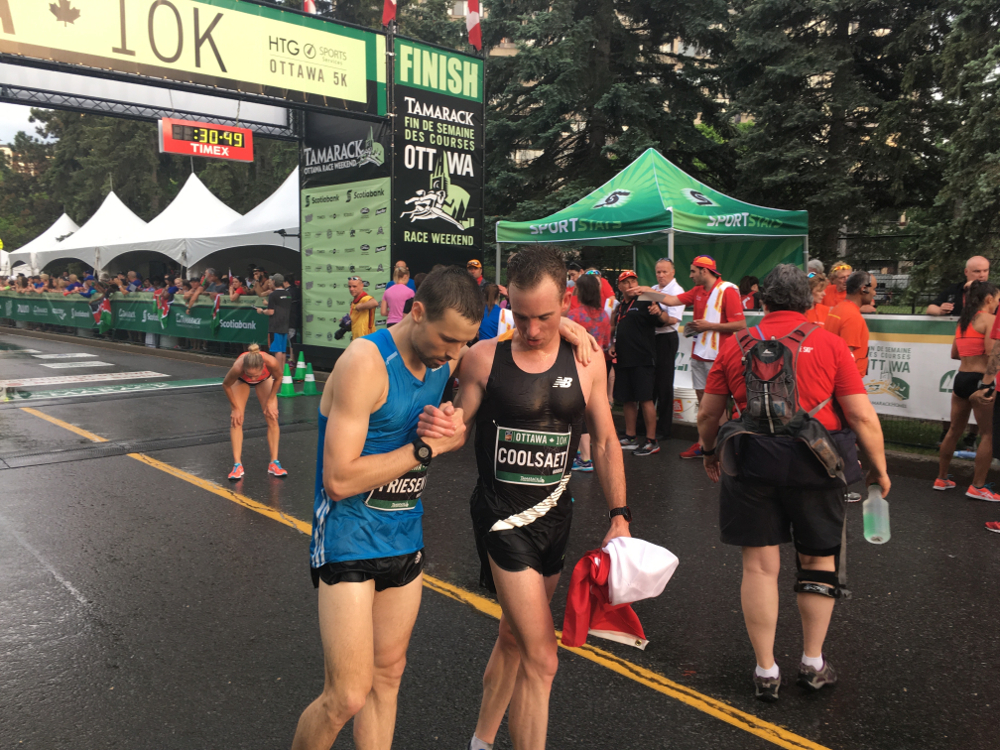 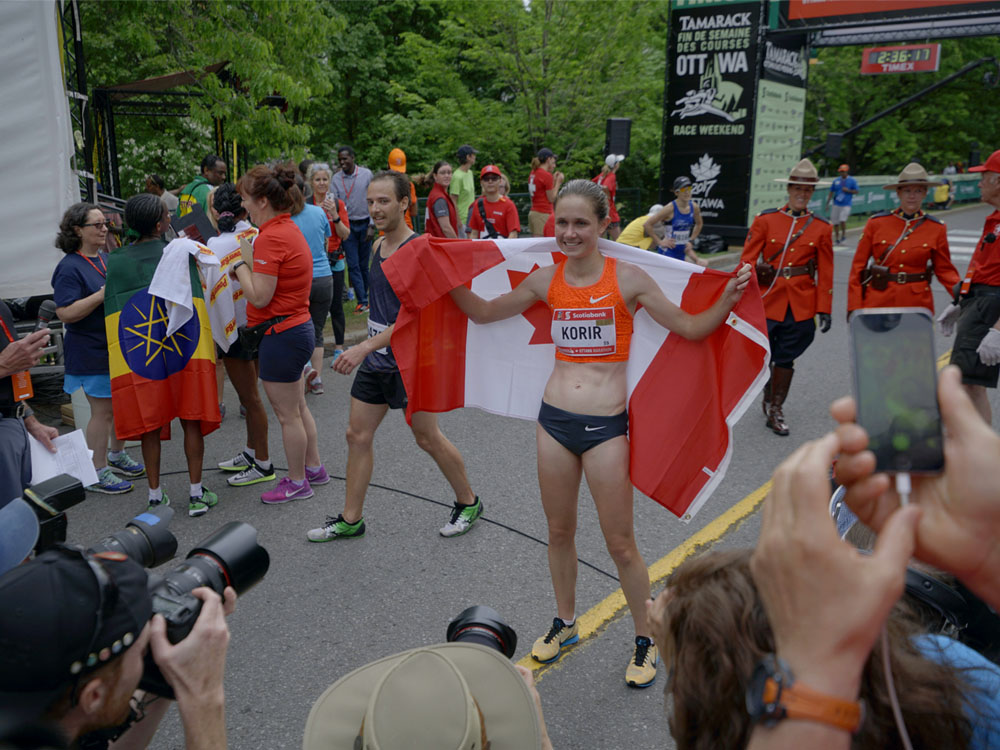 Tarah Korir celebrates being the top Canadian at the Ottawa marathon. 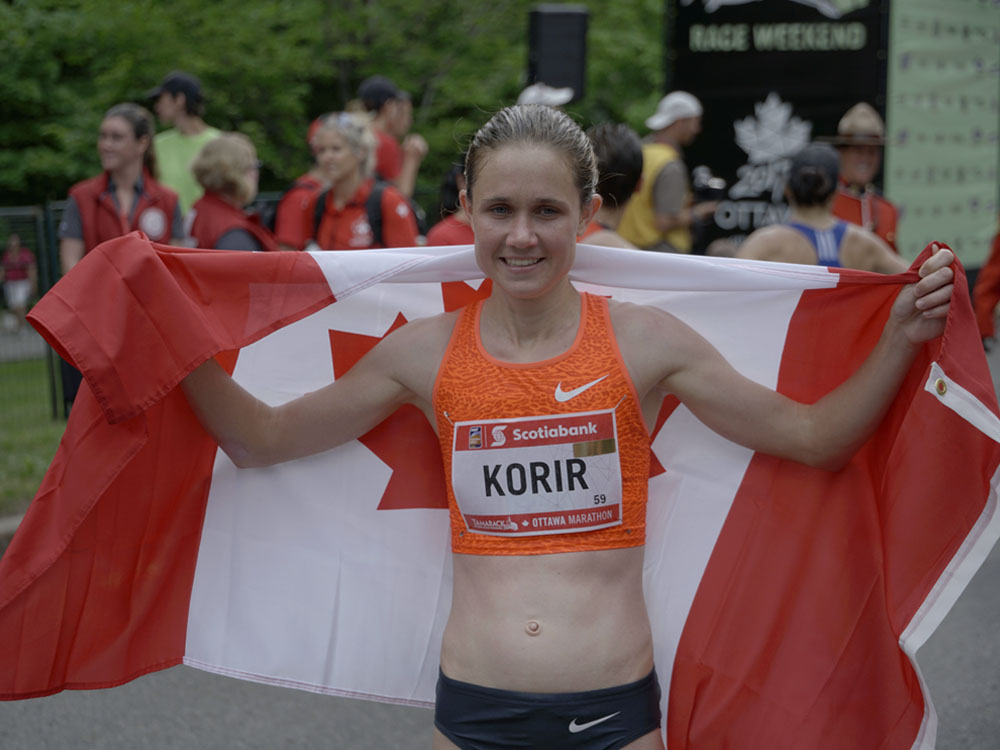 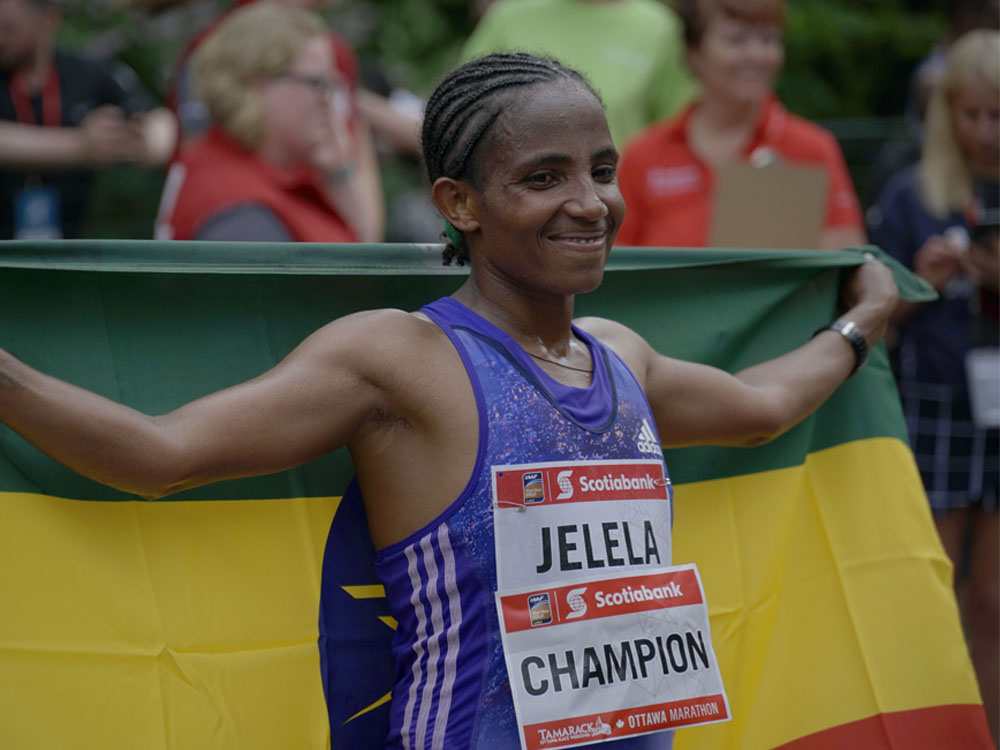 Koren Jelela was the women's winner at the Ottawa marathon in 2:27:06. Photo: Adam Wojtkowiak. 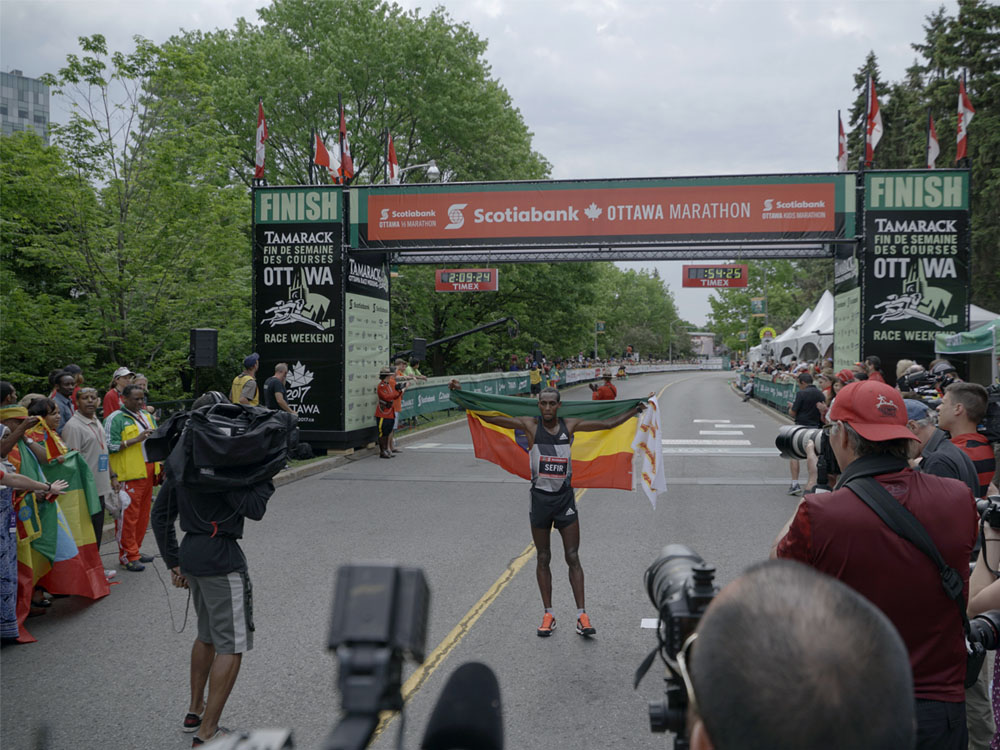 Dino Sefir was the overall winner of the Ottawa marathon in 2:08:14. 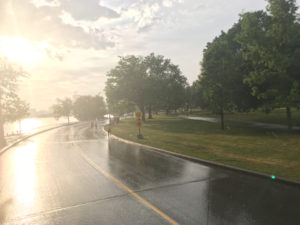 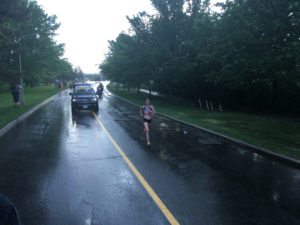 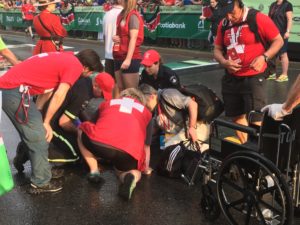 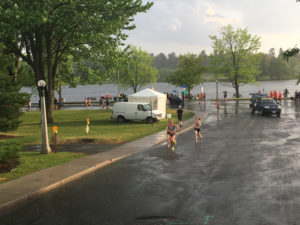 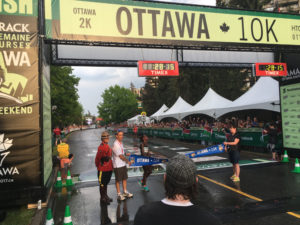 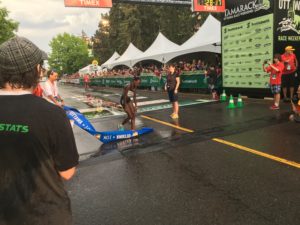 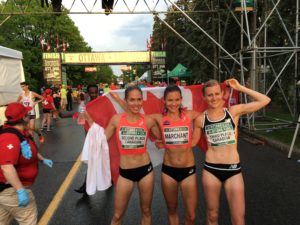 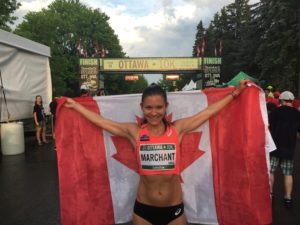 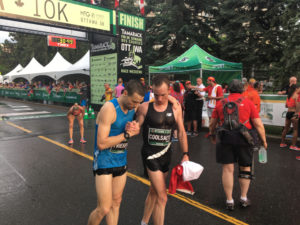 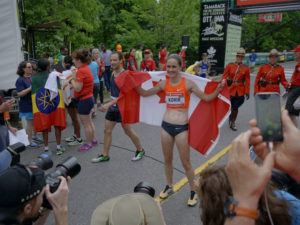 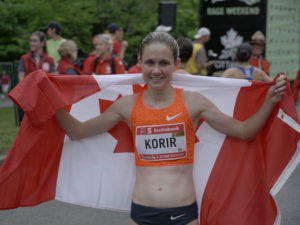 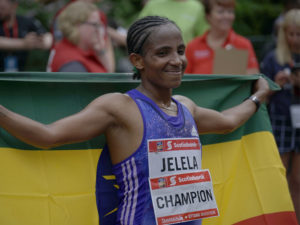 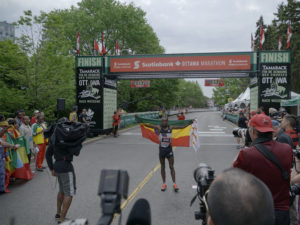 The winner of the Ottawa 10K collapsed at the finish line

One of the world’s best Paralympic athletes: Jason Dunkerley and his guide runner Josh Karanja! He ran 35:46 at the Ottawa 10K on Saturday #canadianrunning

Wesley (??) and Tarah Korir in the @ottawamarathon. He’s the Boston ’12 champ (and her private pacer) and she’s trying to qualify for Rio for ?? #canadianrunning