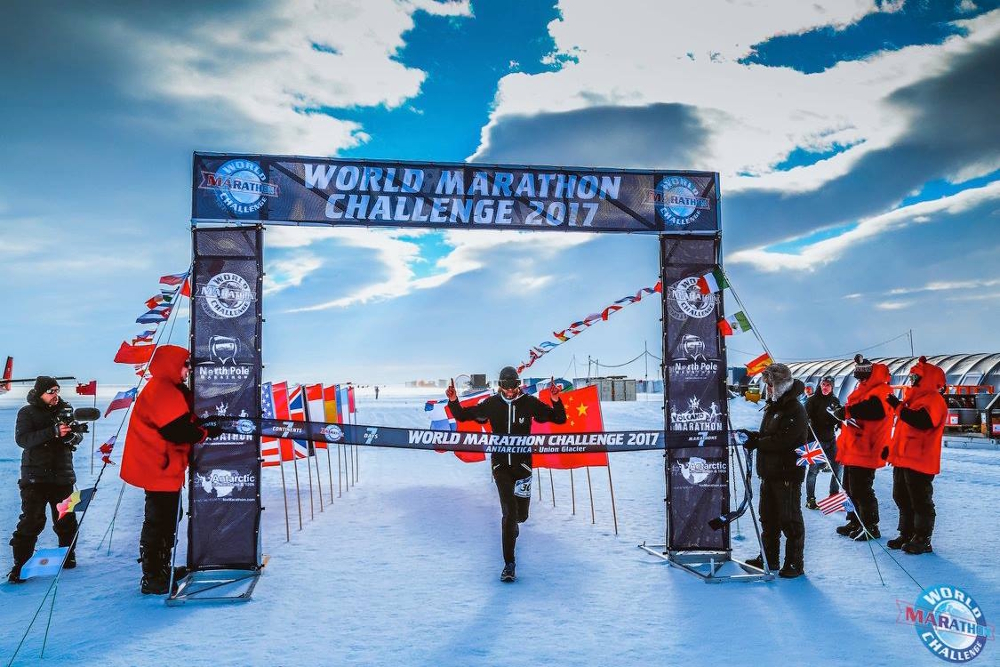 Arguably the most impressive statistic of Mike Wardian’s World Marathon Challenge record has little to do with running. It’s his sheer lack of sleep during the seven marathons on seven continents in the span of a week.

The 42-year-old Arlington, Va. resident averaged 2:45:56 for all seven marathons. He ran 295 kilometres on just 16 hours of shut-eye saying that he is “not great at sleeping.” Runners boarded chartered flights between destinations beginning in Antarctica and concluding in Sydney, Australia on Jan. 30.

According to Wardian’s race schedule, he will only have a small amount of downtime. He’s expected to run the 102K at the Tarawera Ultramarathon in New Zealand on Feb. 11. That’s less than two weeks after flying 38,000 kilometres around the world. At the end of March, the Hoka One One-sponsored trail and distance runner will race the Barkley Marathons, a trail event in Frozen Head State Park, Tenn., which is considered one of the toughest ultramarathons in the world.

RELATED: Mike Wardian averages 2:45 for 7 marathons in 7 days on 7 continents.

Wardian, amidst the media frenzy– he has appeared in the Washington Post, Sports Illustrated, the Olympic channel and more– that has ensued following his world record, took some time to answer a few questions for Canadian Running. See select questions and answers below.

Canadian Running: Did any locals come out to cheer you on?

Mike Wardian: Yes, we had plenty of locals in each location and it was a terrific way to connect with the culture and people of each country.

CR: What was the single hardest marathon of the seven?

MW: My hardest race was in Dubai. I suffered from lack of sleep, fatigue and the weather was extremely hot, there was also a big headwind. So that made it very tough.

CR: How much sleep did you get over the week? Any in an actual bed (not on a plane)?

MW: I got probably 16 hours of solid sleep during the week, it was just tough for me to get to bed, I was so excited each and every day. We slept about four hours in an actual bed.

CR: How do you think the World Marathon Challenge compares to what the Barkley Marathons will be?