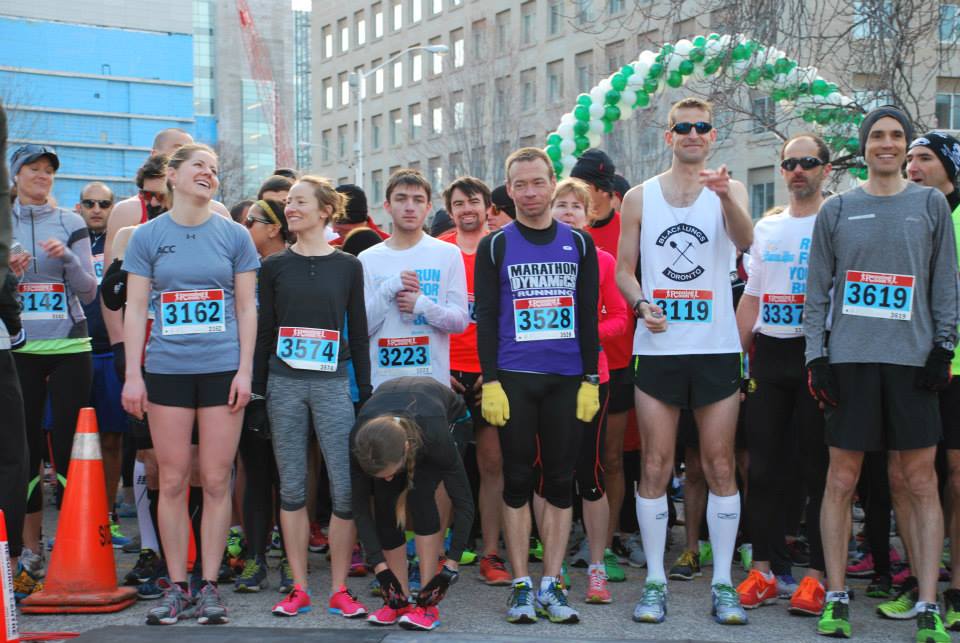 Toronto’s Bum Run will be held for it’s fourth year in April. The run, which in its first running in 2012 attracted only 250 runners but managed to raise $50,000 for Colon Cancer Canada, has picked up a new sponsor in 2015 and is now raising money for four different charities.

The 5K run was thought up by Dr. Ian Bookman, a gastroenterologist in the city. He hopes the event raises awareness about the importance of colorectal cancer screening. Most of the deaths from the cancer are preventable with early screening but participation rates are still low. Bookman describes it as the “most preventable cancer.”

In line with his hope to raise awareness, Bookman picked a highly visible route, starting in the city’s Queen’s Park and following many of the downtown core’s most central streets. The course was a tough one to get approved by the city.

In addition to still raising money for Colon Cancer Canada, the downtown event also fundraises for the Colorectal Cancer Association of Canada, St. Joseph’s Health Centre Foundation and Group for the Improvement of Intestinal Function and Treatment. The racs have raised $200,000 since 2012.

“What they’ve done for breast cancer awareness is pretty fantastic,” says Bookman. “It’s now normal to have a household conversation and it’s strange if you do not participate in a breast cancer screening program. We’d like the same to happen with colorectal cancer. We’d like the younger generation to put pressure on their parents to be participating in a screening program if they’re not already.”

The 2015 run will be held on Sunday, April 26 and is now sponsored by Balanse, a probiotic which helps maintain a healthy digestive system.