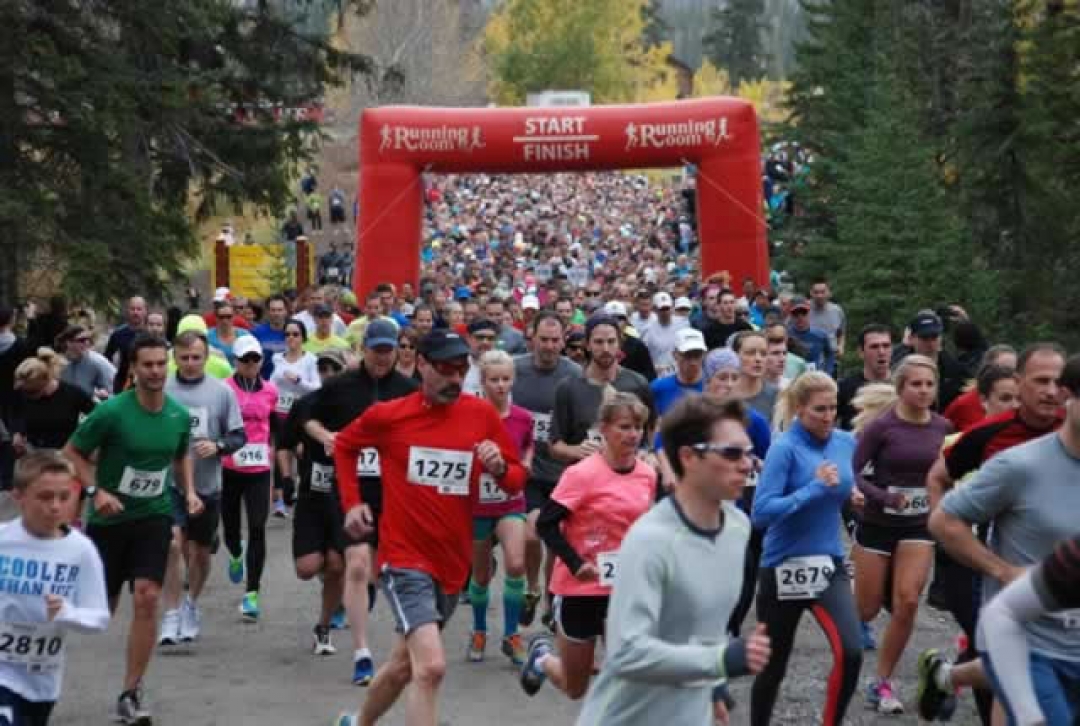 Race season is just about upon us. If summer’s busy weeks resulted in you forgetting to set aside time to figure out the race schedule, don’t worry: we have a round-up of some must-try events in central Canada.

This one is a contender for Alberta’s most beautiful running event. The half-marathon follows a scenic route through woodlands, along mountain streams and through a historic mine site with stunning views of Rocky Mountain scenery. Flat and fast 10K and 5K races are also offered.

Race six has been dubbed ‘the wall breaker.’ Whether you’re training to reach a time goal, increasing your cardio or working on that mileage meter, this race is for you and offers a distance for everyone. In addition to a professional chip timed race on a measured route and fun and festive race atmosphere, participants will receive complimentary bananas and recovery snacks for one of the cheapest entry prices around.

The Queen City Marathon is the largest and most popular event in Saskatchewan’s provincial capital offering a race and a distance for everyone. All races start near the Conexus Arts Centre and run along the lake and around Wascana Park, one of Canada’s largest urban parks. The marathon loops the lake once then follows a flat and scenic out-and-back along the creek using Regina’s pedestrian pathway system. 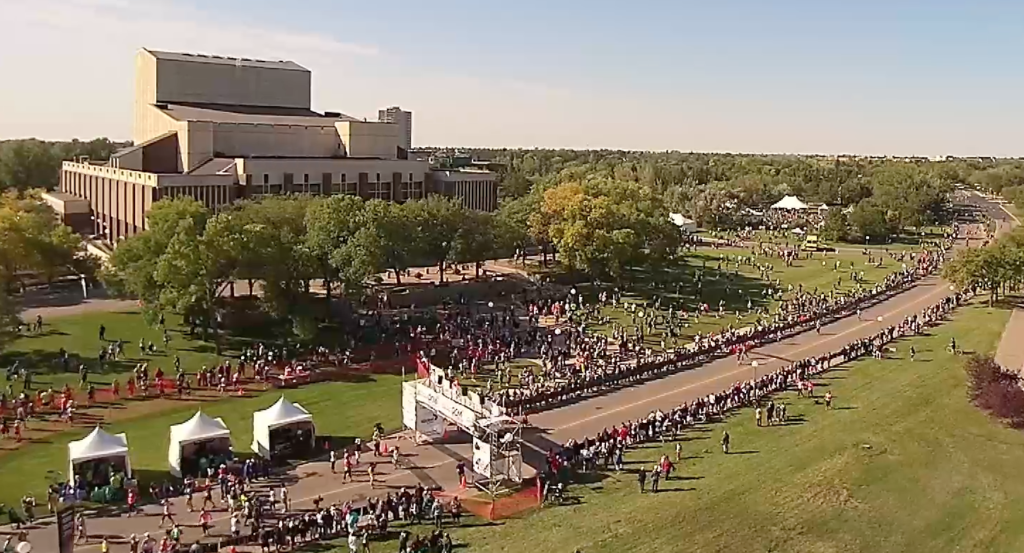 This popular end of summer event features 10-mile (16.1K) and 10K races as well as a 30K and 5K fun run option, all of which begin at Memorial Provincial Park in downtown Winnipeg. Races are run on mostly flat out-and-back courses along the scenic Assiniboine River to their respective turnaround points. At the finish, there are post-race refreshments, finisher’s medals, massages and draw prizes.

Now in its 37th year, Melissa’s is among Alberta’s most historic and most popular running events. The half-marathon is back by popular demand– and Parks Canada approval– in addition to the 10K and 5K races, all which run within the beautiful Banff National Park, guaranteeing a scenic experience. There is a popular pre-race dinner at Melissa’s Restaurant the night before, and awards and a beer garden after the race. All participants receive a commemorative cotton long-sleeved shirt with original artwork.

Mountain Equipment Coop (MEC)  continues to offer exceptionally organized, certified, chip-timed, but also inexpensive and no-frills events that appeal to both new and experienced runners. MEC Calgary’s final event of 2016 is ‘The Grand Banana’ and features four race options, all which take place from Bottomlands Park and run along the beautiful Bow River.

The WFPS Half has sold out in previous years and will likely do so again. All races start and finish at the Canadian Mennonite University North Campus. The courses run past the zoo and into the beautiful Assiniboine Park, then follows the river, crossing twice, before returning to the finish.

Anyone who knows me knows that I never considered myself a runner, and actually hated it. However Ive finally found my breath and it is now one of my largest passions. There will be many more of these to come, and Im so grateful to be capable of running. Congrats to everyone who participated today for such a great cause! ??? #wfpshalfmarathon #yourpaceormine #worstparadeever #goalcrushers #instamedals