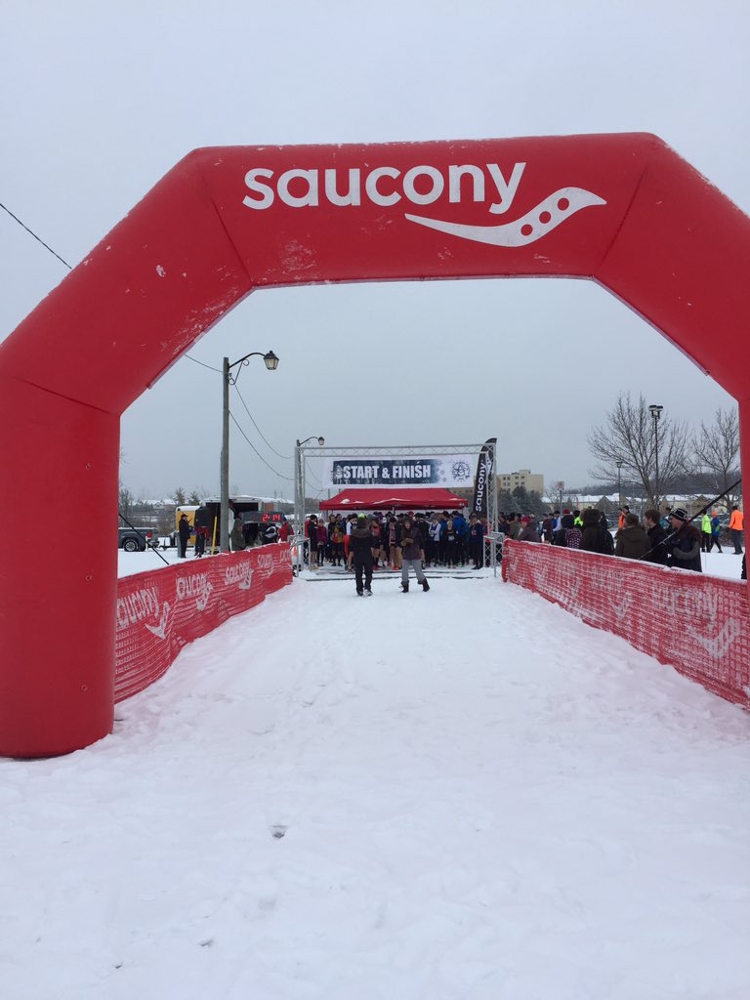 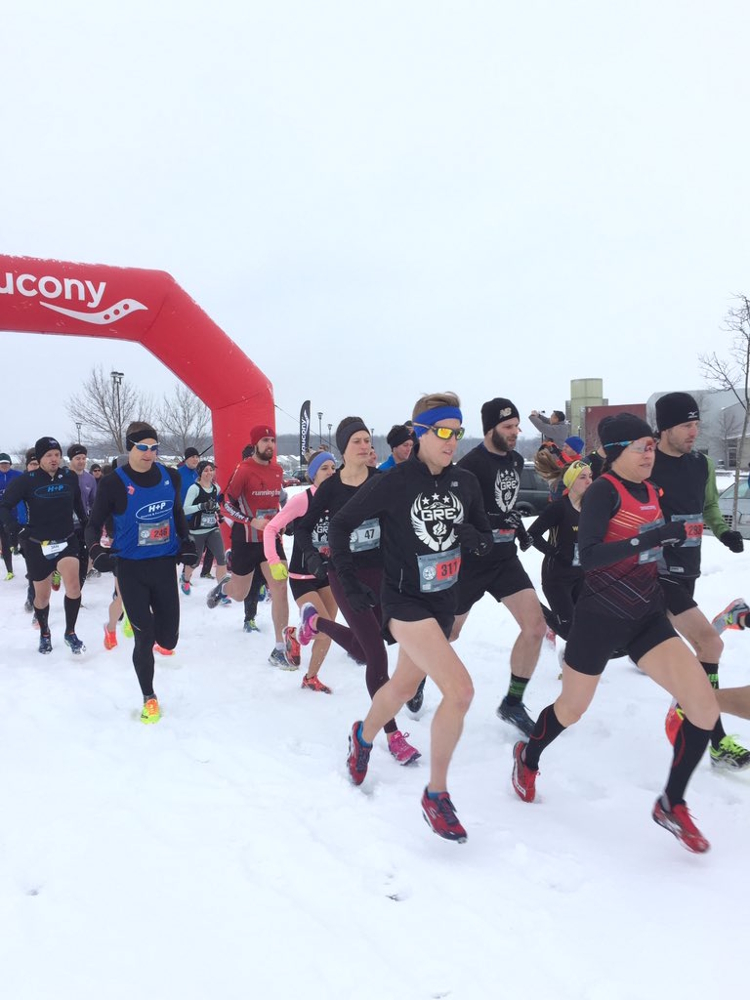 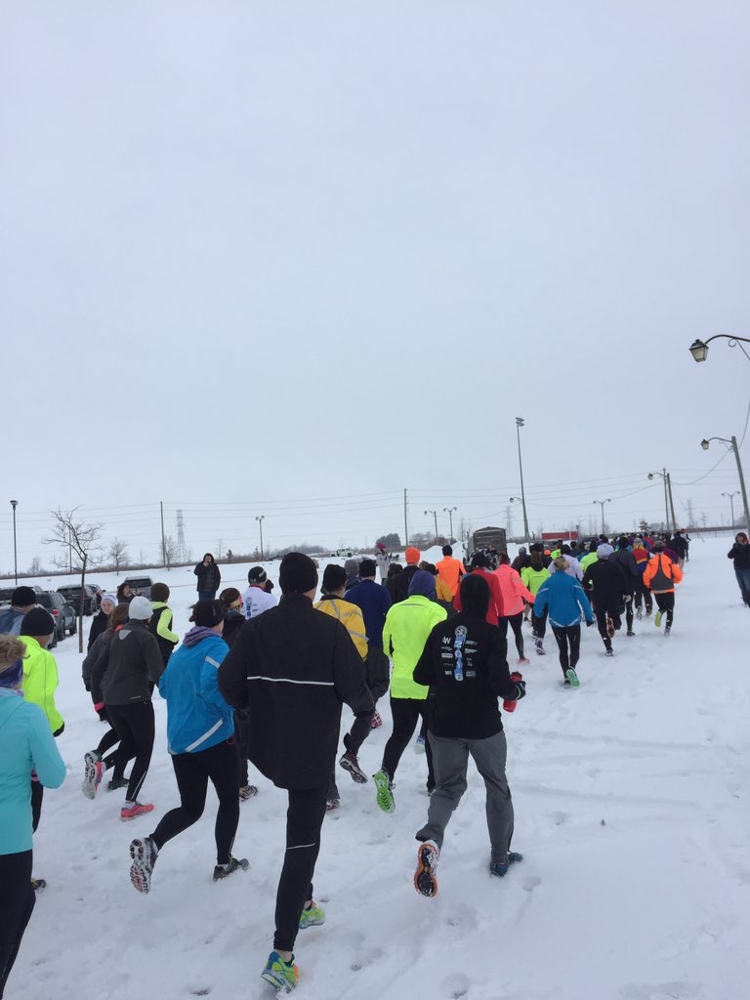 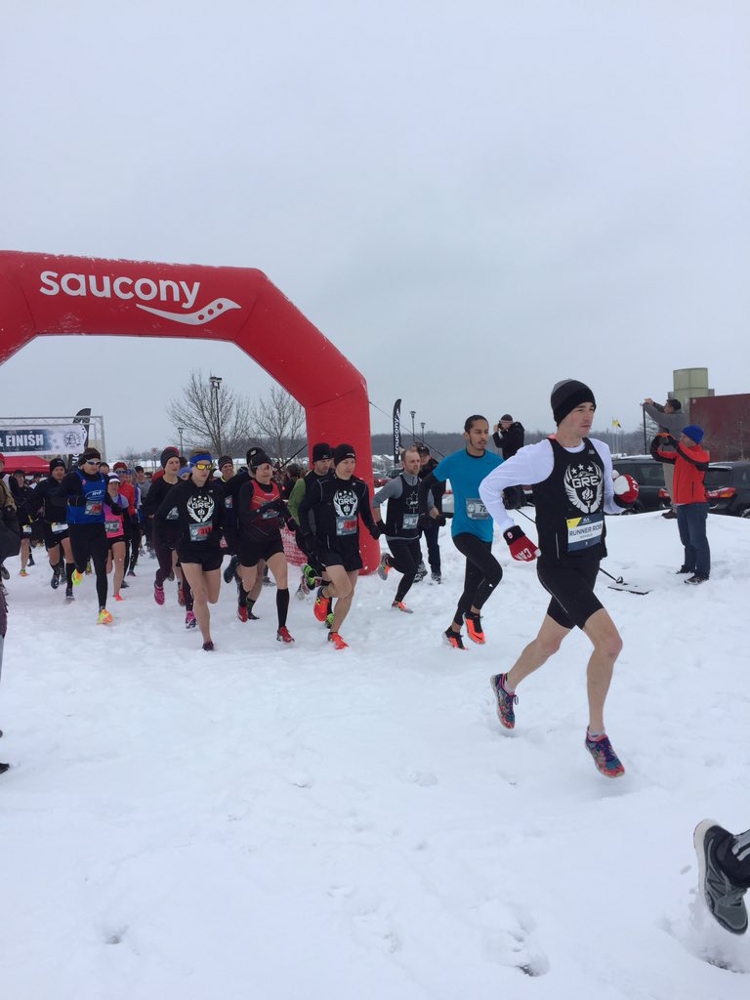 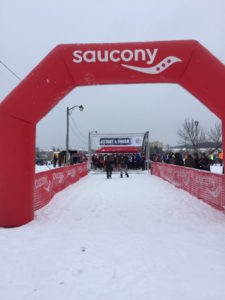 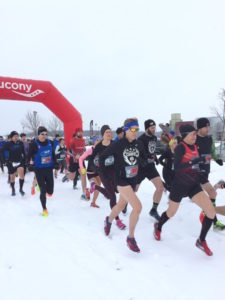 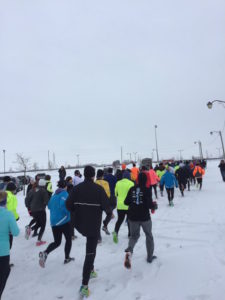 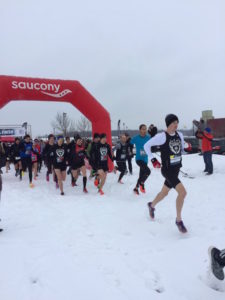 A special weather statement was issued for much of southern Ontario on Sunday morning. And yet, that’s still appropriate shorts weather for some brave Canadian runners.

The Re-Fridgee-Eighter 8K and 8M (12.8K) in Waterloo went off as scheduled with snowy weather in the leadup to and during the race. The added variable made finish line photos that much tougher.

The biggest name in the field was Krista DuChene, who recently made a coaching change and now trains under Dave Scott-Thomas with Speed River, which is based in Guelph, Ont. DuChene raced the eight-miler on Sunday morning clocking 49:44, approximately 3:51 per kilometre pace. DuChene holds the course record (44:57) from 2014 though her 2017 time is a new women’s masters record.

Looking ahead, DuChene will be running the 2017 London Marathon for the first time in her career on April 23. The 40-year-old Saucony athlete is the second-fastest Canadian woman in history over 42K by virtue of her 2:28:32. She represented Canada at her first Olympics in Rio finishing 35th in the marathon.

Robert Brouillette was the men’s winner in 44:51, two minutes clear of the field.

Trevor Hofbauer, who relocated to Guelph from Alberta recently, won the men’s 8K in 24:52 in tough footing. Hofbauer, like DuChene, trains with Speed River Track Club, arguably Canada’s top training long-distance training group. The 24-year-old will represent Canada at the 2017 IAAF World Cross-Country Championships in Kampala, Uganda next month. Gillian Willard was the top woman in the 8K running 31:15.

The Run Waterloo Re-Fridgee-Eighter begins and finishes at Rim Park, down the road from the Blackberry Limited, formerly Research in Motion, world headquarters. As a bonus, one lucky participant went home with two-dozen baked treats.

Who is ready for a frosty treat? ⛄️One lucky #ReFridgee8er participant will run away with two dozen royal icing snowman sugar cookies from @wilderlybakery! See you tomorrow!

As much as 10 cm of snow is expected for Sunday in the area. A freezing warning was also in effect around the time of the race, which kicked off at 10 a.m.

Fought through snow, ice, slush, and wind to race my first 8km today. ??❄?? I was the 4th female just missing out on prize money (top 3), but won my age category and 19th overall. Also a shoutout to @uwaterlooxc that in the middle of their long run, ran their way over to cheer me on at the start line! Love you guys ? @distance.runner.19 @rjpviolante @canadianrunning

I only fell twice – 8k in an hour, through ice, snow and slush ?