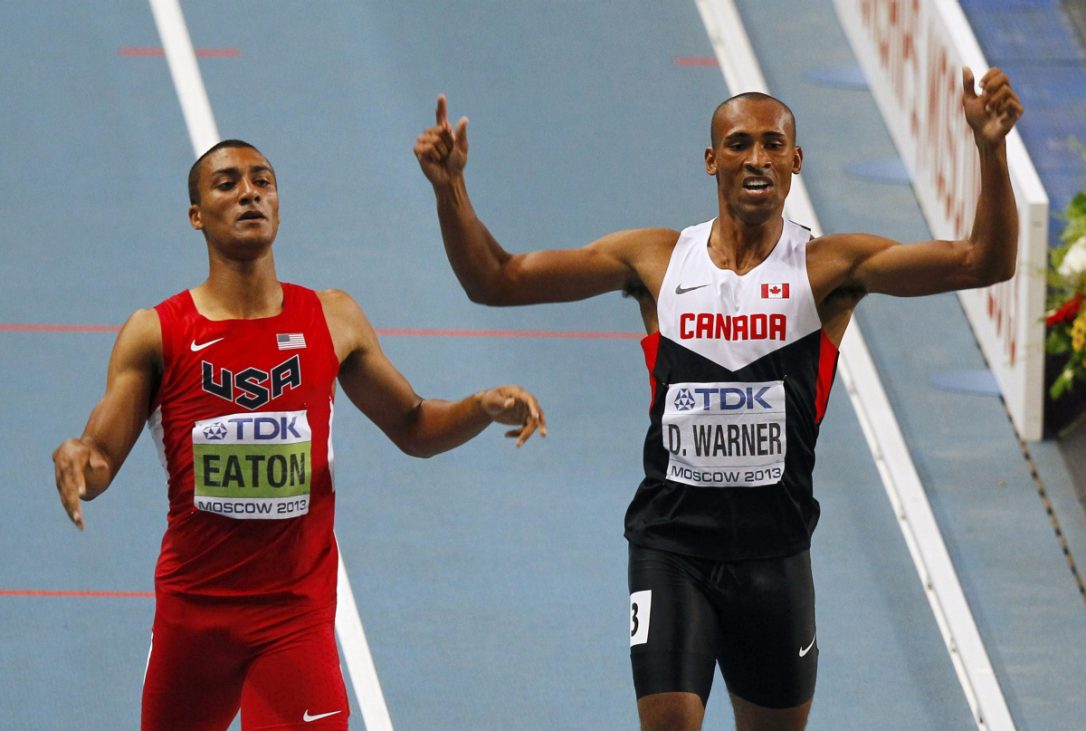 Canada’s Damian Warner has just added another medal to our count. It’s a crazy night in Rio today with the decathlon ending and the country seeing another of our nation’s athletes reach the podium in athletics.

The 1,500m was the last event to go in the ten-stage event that spans two days on the track and the field. Warner was the only Canadian and was expected to give champion Asthon Eaton quite the competition– which he did.

He took the bronze after finishing fourth in the 1,500m tonight on the track. Canada’s first medal in athletics in Rio was won by Brianne Theisen-Eaton in the other multi-stage event– the women’s heptathlon. That means that it’s two bronze medals for Canada in the events which are considered the toughest in track and field. Theisen Eaton is married to Ashton Eaton, the Olympic champion.

That’s a proud story line too for the power couple which made headlines many times during this Olympics. Ashton Eaton became Canadian for a day as he sported a Canada hat in the stands while his wife competed. He says he is thankful to the country that produced his wife. He joins Bob Mathias and Brit Daley Thompson in being the only athletes to win a consecutive gold in the event.

Damian Warner and Ashton Eaton. The other Olympic bromance. https://t.co/FRhMaOgBtH