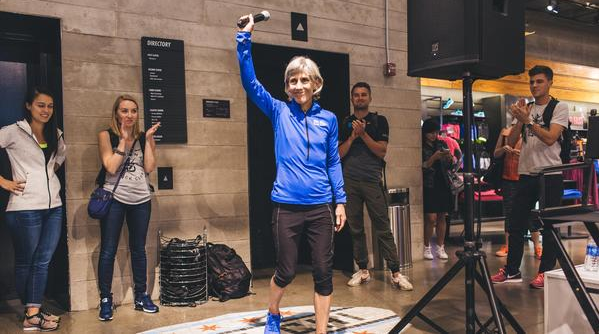 As the Olympic Games are now very nearly upon us, we continue to look back on fond moments in Olympic history.

This day 32 years ago, the first ever Olympic women’s marathon went ahead. It was 1984 in Los Angeles and women lined up to run the 42.2K distance for the first time at the Games.

Joan Benoit Samuelson was the first into the stadium as she powered towards the finish line to win gold. It was five years after she burst into the running scene and while women running the marathon was new to the Olympics, major races were well ahead of the Games with this matter. The Boston Marathon, for example, just celebrated 50 years of female participation this year putting them about two decades ahead of the Olympics when it comes to permitting women to run marathons.

Running in the Olympics, Benoit Samuelson already had major running accomplishments associated with her name. In 1979, she entered the Boston Marathon as a fairly unknown runner and won. The year before the Olympics let women run the marathon for the first time, she won her second gold from Boston.

At the 1984, Games, it wasn’t a surprise to many who followed the women’s running scene that she took the gold medal. She made it to the finish in 2:31:04. The year after she set what became then then American women’s record when she ran 2:21:21 in Chicago.

At this year’s Olympics, Canadian fans will be watching two women race the marathon. Krista DuChene and Lanni Marchant will take on the distance to represent Canada.