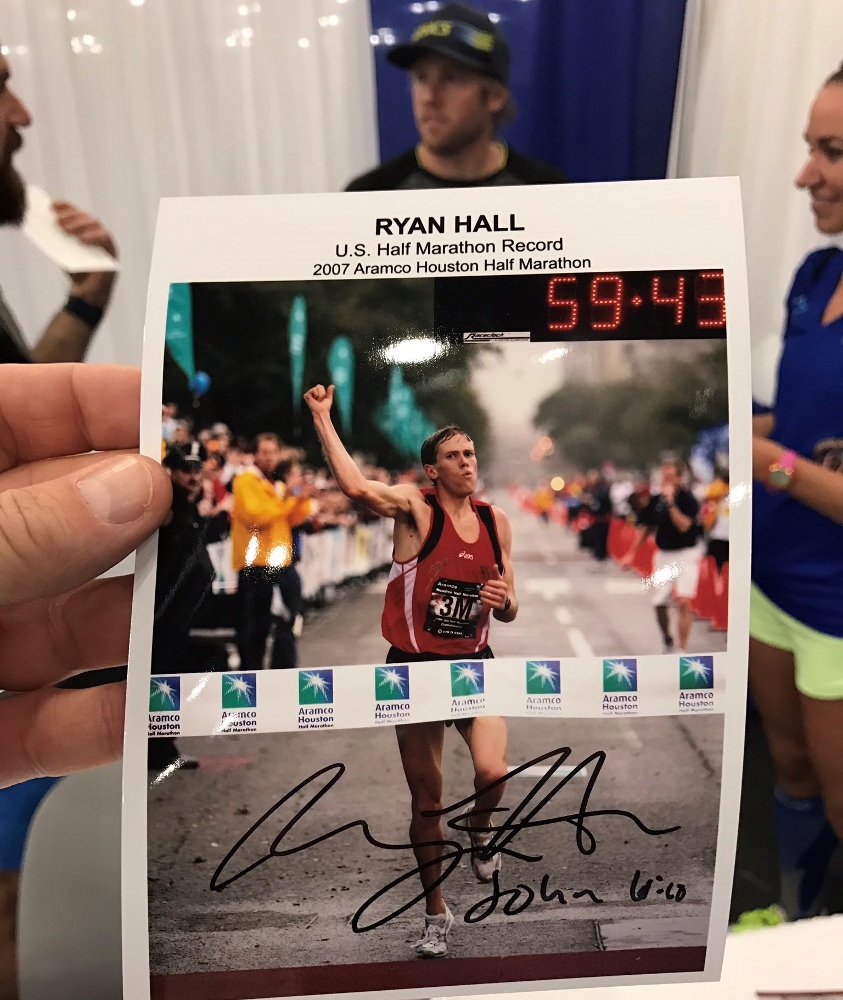 One of the greatest distance runners in American history will run the World Marathon Challenge next week.

Ryan Hall, who is retired from professional running, is slated to run seven marathons on seven continents over the span of seven days. Hall, 34, retired from racing due to fatigue and low testosterone levels. He will be doing the challenge in support of a Los Angeles-based community support organization.

The World Marathon Challenge will begin in Antarctica on Jan. 23 at Union Glacier. From there, runners will take chartered flights to the remaining six continents and run in Punta Arenas, Chile, Miami, Madrid, Marrakech, Morocco, Dubai, United Arab Emirates and Sydney, Australia. The seven races are organized by the series on custom courses and are not official standalone marathons.

Pretty cool to get my boarding pass for the first leg of @WorldMarathon77 pic.twitter.com/3p67dRSIJM

Though Hall has been retired from competitive running, he has still participated in select running events including last year’s Beat the Sun put on by Asics, as well as the XTERRA Trail Run World Championship. In the lead-up to the World Marathon Challenge, he says he has averaged approximately 68K per week and supplemented training with weightlifting. Much of his running has been with his wife, Sara, an elite marathoner herself.

“I actually find it much more interesting to follow someone taking on an incredible challenge with an unorthodox training regime.” he says. He is the fastest American marathoner of all-time (2:04:58) though that mark is not record-eligible as it was run in Boston. He has run 59:43 for the half-marathon.

My upcoming marathons are going to feel slightly different than last time I ran one 🙂 Thankful to have Asics 33-Ms to cushion the load pic.twitter.com/yFUZaL3Hc6

Winners of the World Marathon Challenge will be awarded based on cumulative time across all seven races. Runners will run run 295 kilometres over the seven-day period and fly approximately 38,000 kilometres. When runners finish their marathons, the crew then fly out to the next destination making post-event recovery difficult.

Hall won’t be the only well-known marathon runner in the field as Mike Wardian, who is famous for his compact racing schedule, wants to run under three hours for all seven marathons. Wardian, 42, set a new world record earlier this year for running all World Marathon Majors – Tokyo, Boston, London, Berlin, Chicago and New York City – in a calendar year faster than any person before him. He averaged 2:31 for the six races.

He helped fund the cost of the trip through corporate sponsors. He works as an international shipping broker in Virginia. Later this spring, Wardian will be doing the Barkley Marathons, a 100-plus-mile trail race in the thick tundra of Frozen Head State Park in Tennessee.

There will be multiple Canadians in the field including Trois-Rivières, Que. resident Patrick Charlebois and Jonathon Fischer. Charlebois told Canadian Running early last year that he would like to average four hours for the seven races.

Meanwhile, Ireland’s Sinead Kane is aiming to become the first blind woman to complete the seven-day, seven-marathon challenge. There will be 33 runners who take part in the global challenge beginning Monday.

The World Marathon Challenge concludes Jan. 29. The total cost of the trip is 36,000 Euros, or roughly $51,245. The entry fee does not include flights to the original meeting point or a return flight home from Australia.