The fastest American marathoner in history competed at the XTERRA Trail Run World Championship outside of Honolulu, Hawaii. Ryan Hall placed 18th at the 21.1K event on Dec. 4.

The retired U.S. marathoner, who now describes himself as a “weightlifter,” still runs the occasional race but has scaled back training. He is a two-time representative for the United States at the Olympic Games and has a lifetime best of 2:04:58 in the marathon. His sub-2:05 performance is not record eligible, however, as it was run at the Boston Marathon, a point-to-point, net downhill course.

“It wasn’t pretty but I made it,” he says per his Twitter account. “Had fun running the epic course at the #XterraKualoa world trail championships.”

Hall, 33, retired from competitive running in January 2016 citing low testosterone levels. Since his retirement, Hall has been setting personal bests in the weightlifting category. He’s slated to run seven marathons on seven continents in seven days in 2017. He holds the American record in the half-marathon having run 59:43.

“Based on my 2:04 marathon PR you would think I would be the favorite but I have a completely different, more athletic and stronger body now,” said Hall, an Asics athlete, before the Dec. 4 race. “I would have a better chance at winning America Ninja Warrior than winning this race.” He weighs 165-170 lbs compared to 125 lbs during his career as a professional runner. (His pro career spanned August 2005 to January 2016.)

The trail run world championships were held at Kualoa Ranch, a 4,000-acre private ranch on the island of Oahu. Hall ran 1:43:39 for the half-marathon with his younger brother Chad placing third overall in 1:24:51 behind winner Joseph Gray (1:17:15). For comparison, Gray has a lifetime best of 1:03:41 in the half-marathon.

Polina Carlson, the women’s winner, covered the half-marathon in 1:38:06 which had her 12th overall. She has a half-marathon best of 1:13:35 putting into perspective the difficulty of the Hawaiian course on the weekend.

The XTERRA Trail Run Series is a circuit of races ranging from 5K to 50K across North American including a stop in Victoria. The December championship is the series finale and attracts some of the best trail runners in the world. The event also hosted 5K and 10K races. 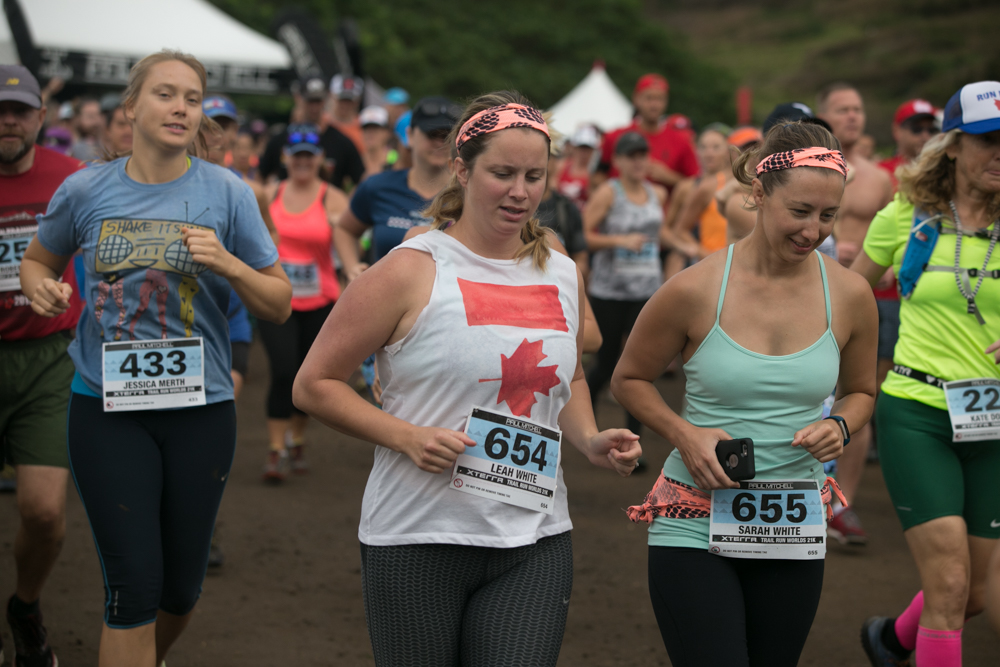 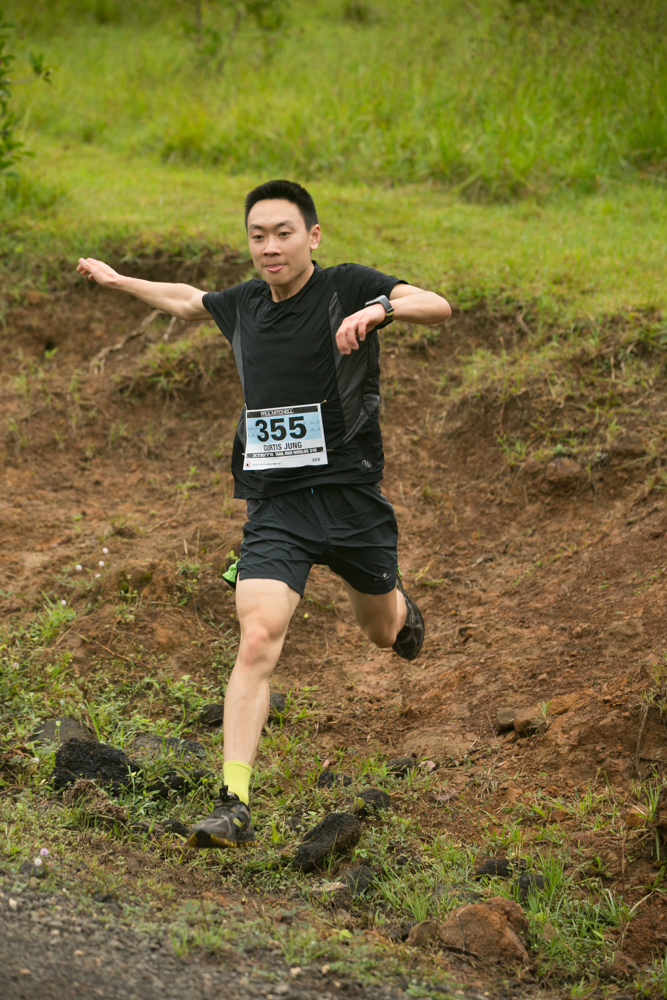 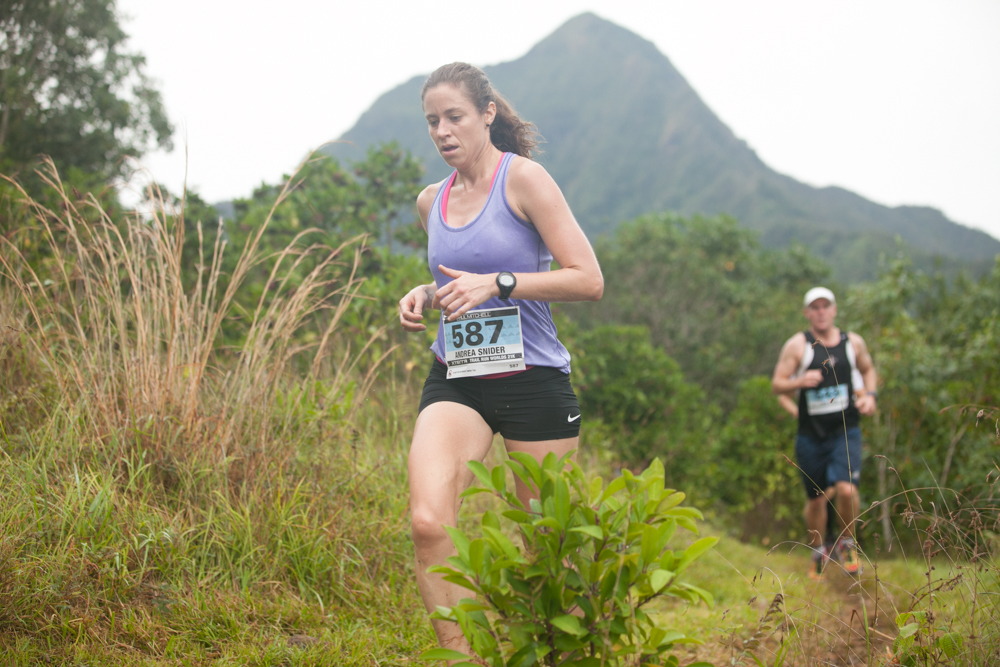 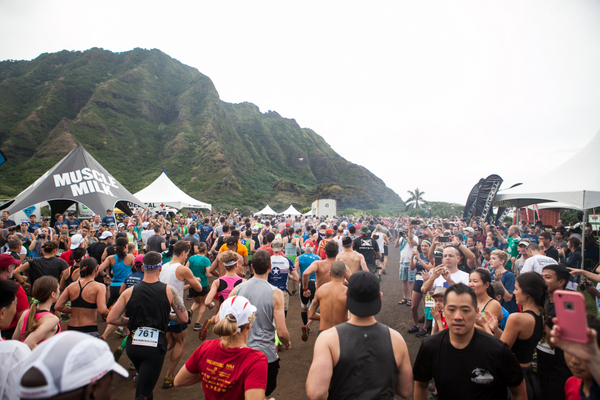 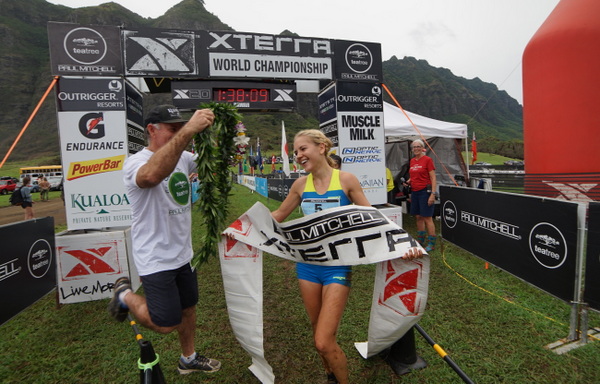 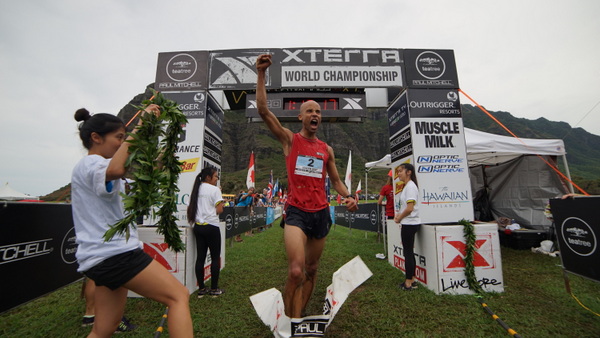 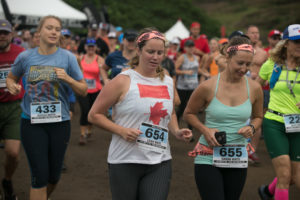 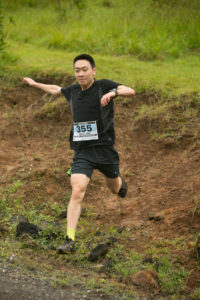 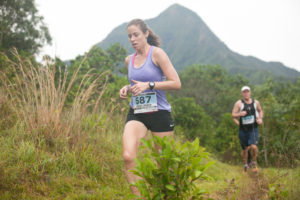 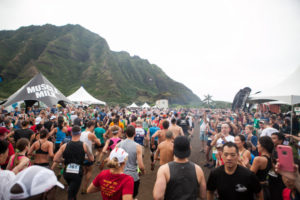 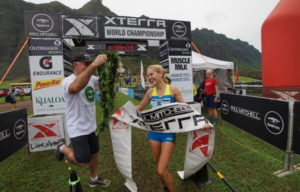 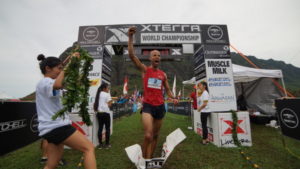