In the masters race, it’ll be Canada versus the U.S. in a rivalry that’s been going on for years. The 2020 event will see the 33rd running of the Can Am Masters Challenge. This event will be held at Langford’s Bear Mountain Golf Course and in conjunction with the 2020 Pan Am XC Cup on February 29. 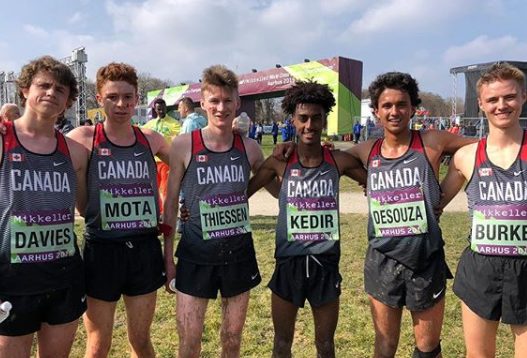 Canada leads the challenge series over the U.S. (18 to 14) and is undefeated on Canadian soil. Runners are invited to compete in the 5K race, which is open to runners over 30. Anyone participating has a chance at scoring against the U.S.

The 2020 Pan Am Cross-Country Cup will bring teams from many of the 44 countries to test themselves for the first time in Canada. The deadline for teams to declare is December 20.

For more information go to https://panamxccup2020.com.