Arnald is a coach with the Speed River track and field club, a high-performance group which features the likes of Olympians Reid Coolsaet and Eric Gillis, while MacDonald is a power engineer in northern Alberta. The Boston Marathon featured more than 30,000 runners in 2016 with approximately 2,500 Canadians.

Scenes from the finish line at the #BostonMarathon:

MacDonald, who was looking to run 2:43-2:44 at today’s race briefly led the race in the early-going, clocking back-to-back sub-19 5K splits, before slowing in the latter stages of the race. She finished 22nd overall.

Arnald’s pacing was spot on for much of the race as he split sub-19 for each 5K split, with his fastest portion of the race being the opening, downhill section. He went through the halfway point in 1:16:12 and finished 46th overall among men.

Ethiopians Lemi Berhanu Hayle and Atsede Baysa won the men’s and women’s open division titles at Monday’s Boston Marathon, which was the 50th anniversary of female participation. Bobbi Gibb was the first-ever woman to finish the race in 1966.

There were three Canadians on the men’s and women’s elite start list including MacDonald, Christian Mercier and Denise Robson. Mercier, a 41-year-old Quebec city resident, finished just behind Arnald in 56th spot running 2:34:30.

Canadians had some added motivation as a number of flags were spotted near the finish line, including one in a roadside apartment window. 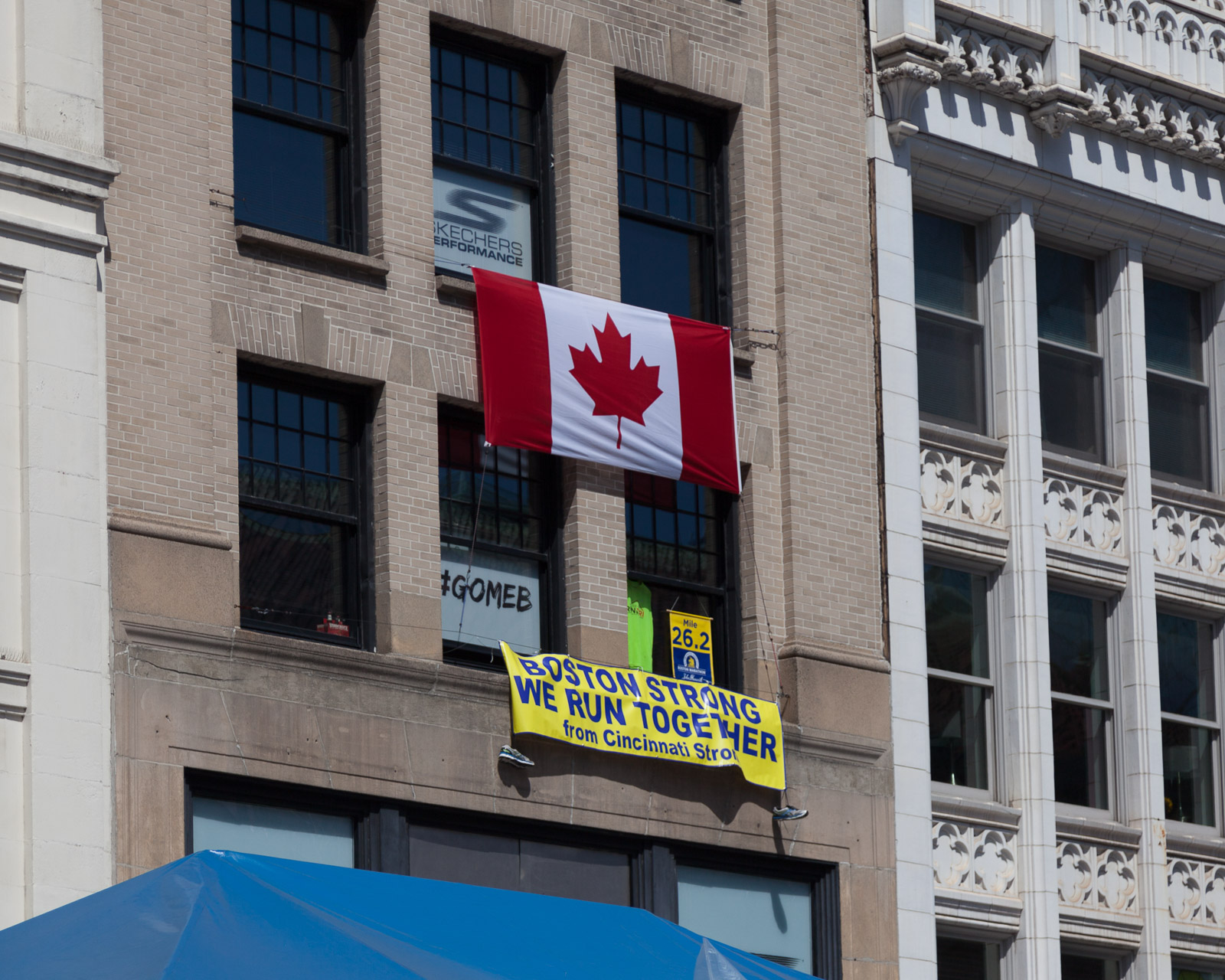 Videos of the two winners of the Boston Marathon can be found below:

The women's winner of the #bostonmarathon breaks the tape?

The men's winner of the #bostonmarathon from the photo bridge over top of the finish line.