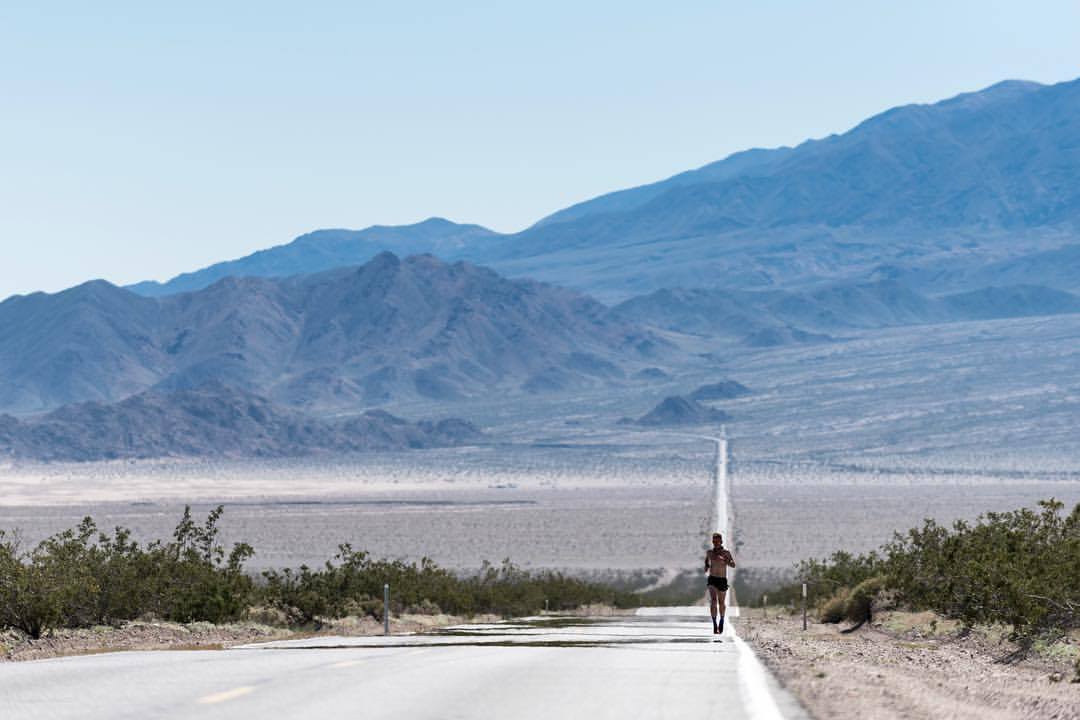 A new record was set over Easter weekend at Speed Project 4.0, the  550k relay race across the desert from Los Angeles to Las Vegas. Team Sunchasers from Paris won the challenge, posting the fastest time and breaking the record set last year by 31 minutes.

The Speed Project involves relay teams of at least six runners doing 10k legs over two days and nights between the Santa Monica pier and the Welcome to Fabulous Las Vegas sign at the south end of the strip.

This year thirty-eight teams finished. The Sunchasers team from France, including four men and two women, clocked a scorching 35:49 in the unorthodox race, which first took place in 2014, skipped a year, and has run annually since 2016. Their time represents an astonishing average pace of sub-4 minutes per kilometre.

Though the only rule is that the entire distance must be covered on foot, most teams opt for 10k legs in the first half and 5k legs in the second half of the race, as runners become fatigued. (Some would object to the term ultra, since individual runners do not run the ultra distance continuously.) Much of the mileage is covered at night as the course follows a relentless straight line through the Mojave Desert. Oh, and the last hundred miles is uphill.

The other Canadian team, the Runway, finished 12th.