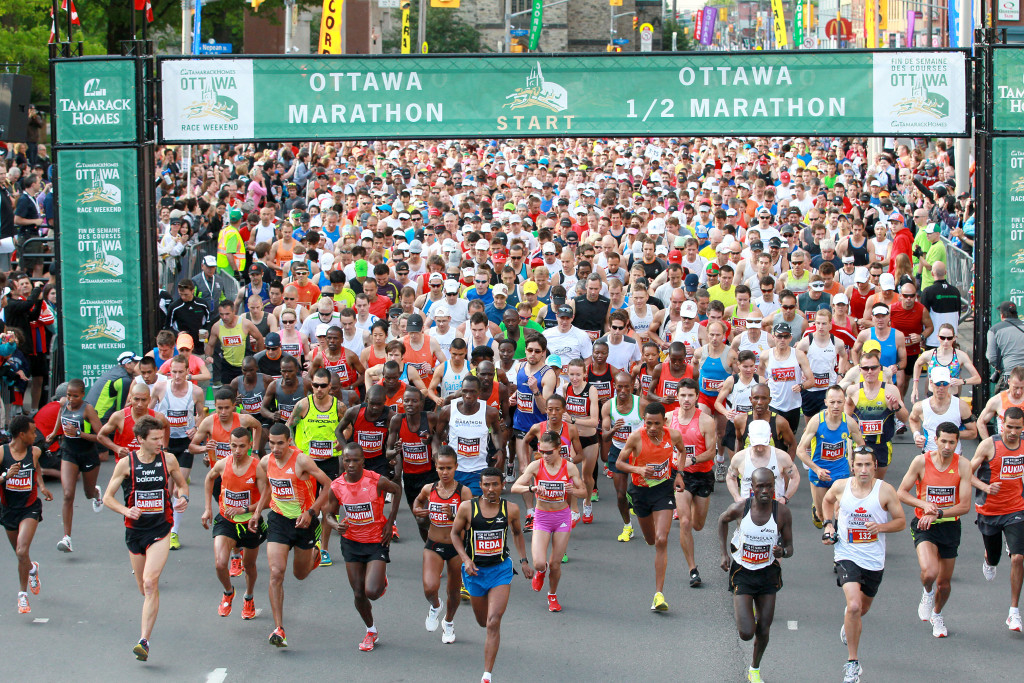 Spring has officially arrived (according to the calendar anyway), which means an abundance of runs and races across the country. This includes a generous offering of spring marathon events, which benefit from the unique combination of fair temperatures and optimal conditions. And as the list below suggests, you should have no problem finding an event near you.

RELATED: Why I’m staying local for my spring marathon

Here are the top 42.2K races that Canada offers each spring:

Considered a scenic, rolling tour of Mennonite country that starts and finishes in Waterloo’s RIM Park.

A storied part of Toronto’s running history, the first half of the course runs mostly downhill while the second half runs out-and-back along the shores of Lake Ontario.

Another marathon event in the Greater Toronto Area that will be celebrating 15 years in 2018. The course runs as a point-to-point that features a net downhill profile.

One of Canada’s premier running events featuring a marathon course that goes the distance offering pristine ocean views with a stunning mountain backdrop.

Did you know the Fredericton Marathon is consistently rated one of Canada’s best Boston Qualifiers? You can’t argue with facts.

The largest event in the province that offers a complete city tour of Halifax’s harbourfront, downtown, the Citadel and Point Pleasant Park.

Providing scenic views of Red Deer and the local trail system, the marathon is run almost entirely within a few metres of the river’s edge making this “Alberta’s River Run.”

Canada’s largest running event featuring its signature IAAF gold-label marathon that offers a flat and scenic tour of the nation’s capital including many of its notable and historic attractions.

Now celebrating its 40th year, this historic event in the province’s largest city features a flat and fast marathon run mostly along the South Saskatchewan River.

Calgary’s premier running event with a historic marathon which has run for over 50 years.

A newer event on the Canadian marathon scene, but one that is already a contender for the country’s most picturesque race.

A historic and beloved east coast tradition that features a loop course and plnety of crowd support.

The largest event in the province is also celebrating its 40th anniversary this year. The flat and fast marathon course concludes with an epic finish on Investors Group Field.