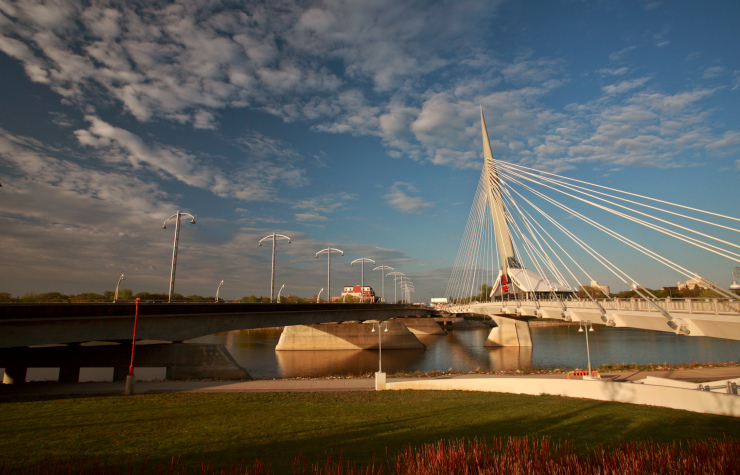 Dennis Cunningham is ready for his morning start at the office but first he has to get there. Before leaving his Winnipeg home, he slips on his 12 litre Deuter Race X backpack and makes sure his shoes are nice and secure. In his backpack, he’s got a nicely folded dress shirt, a pair of pants, his lunch and fresh socks. He’s running to work today.

Leaving his home, Cunningham cruises for a kilometre past all of his neighbours’ homes and onto Churchill Parkway. The path runs along the famous Red River for three kilometres. Then, Cunningham reaches a footbridge. He dashes onto it, running above the currents of the Assiniboine River. Eventually he will reach Asper Way. “That’s where the Canadian Museum for Humans Rights is located,” he says. He turns west. Work is around the corner.

Cunningham is the manager of environmental sustainability at Assiniboine Credit Union. “Part of my job is to promote green and active commuting modes” (nearly half the staff green or active commute and they have showers and towel service for the employees). That’s part of the reason why he runs to work year-round, two to three times a week (about 30 to 50 per cent of his running).

It started with his wife. “She had run to work a number of times and it kind of got me thinking that I should give it a try too,” says Cunningham. The Winnipeg runner ran in junior high school so was a little more than rusty. “Run commuting did mark my return to running as an adult,” he says. 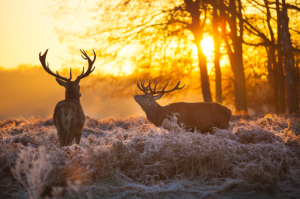 But his route is so beautiful, even in the winter, that it’s easy to get hooked. “It’s a very scenic, quiet route,” he says. “I usually see a few walkers and cyclists on the trail, and rowers from the Winnipeg Rowing Club out training on the river. I’ve seen rabbits, deer, fox and owls along the trail too.”

Every run commuter will tell you that each route has memories associated with it. Special landmarks sprinkled throughout the run bring runners down memory lane. The same goes for Cunningham. There’s the long term care facility that his mother used to work at and the high school that his kids used to attend. Then there’s the not-so-good landmark: a big muddy section right in the middle of the trail. It’s a sore spot for active commuters. The slippery pit is a blemish on an otherwise clean trail. Without it, Cunningham could cruise right on through.

Winter running is totally different. Where many Canadians bring their running to a temporary halt, Cunningham plugs right on through. Come January and February, the Red River freezes. Solid ice stretches out for kilometres in front of him. Instead of taking the pathway, Cunningham runs right on the ice.

“It’s used by hundreds of people every day for skating, walking, running, cross country skiing and winter cycling,” he says. “When you’re down on the river you don’t realize you’re right in the middle of a city. Your perspective changes radically.”