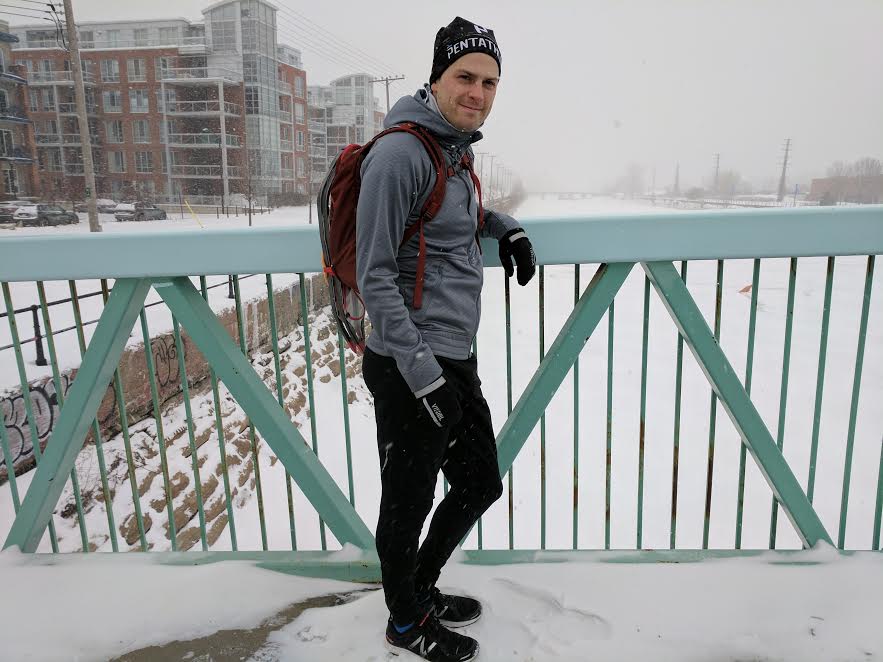 Pier-Étienne Coulombe packs his snowshoes just in case. If he’s the first person to set foot on the fresh, snowy route on his run-commute, it’s just easier to slip his feet into the wide rackets, do up the bindings and run without sinking into the deep powder. “It’s more enjoyable,” he says. The skies over Montreal have a knack for dumping heaps of snow down on the french city and if you live there, well, you better figure out how to deal with it. “If you’re first after a big snowfall, you’re making the path,” says Coulombe. “That’s when I started to carry snowshoes around.” He snowshoes home from work about once a week but he runs home from work usually three or four. The distance is about 10K.

READ MORE: Following deer prints in the snow is the best way to unwind

Run-commuting home from work has been a part of Coulombe’s routine since 2015, not too long after he moved from Toronto to Montreal. “When I moved to Montreal it started making a lot more sense. Then, it was about not getting into the jammed up subway or traffic,” he says. “That wasn’t an enjoyable part of my day at all.”

Coulombe works at a translation agency– a small-sized company with about 100 employees. He’s in charge of the Montreal location. Running home after a busy day was never something that would have seemed outlandish to the runner: his dad has been doing it for his entire life.

Though Coulombe himself was a hockey player before he got into running, he was always observing his dad who ran mostly every day. Even though he was a hockey player, he dabbled in running but then became more serious about it in spring of 2015. Accumulating more mileage eventually led to him adopting the run commute into his routine– just like his dad had been doing all those years. “The moment it became part of my routine, I never went back,” he says. 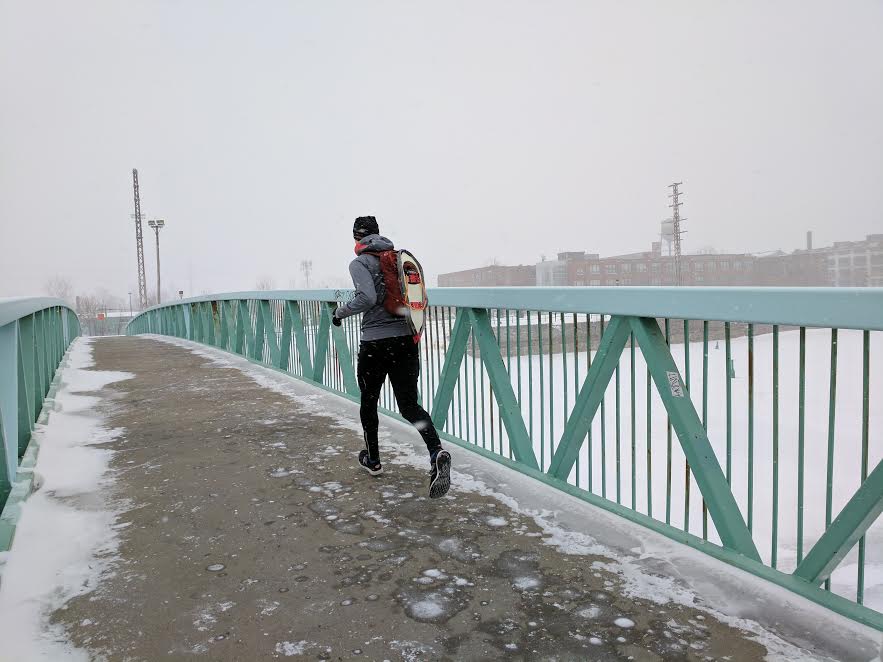 That’s something that he wouldn’t have thought even a few years ago. He and his dad didn’t discuss the logistics around run-commuting but Coulombe just assumed it was too much of a time commitment. When he started actually running home, he realized he was wrong. “Once you start doing it, it’s not time consuming. It actually saves time,” he says.

Most run-commuters would agree. Most who include a run to or from work in their weekly routine explain that one of the benefits is getting the run in during a time when they would be making their way home via transit or car anyway. This Montreal commuter also lists that as a plus along with the obvious health perks that go with running.

“I’m definitely, definitely a lot healthier,” he says. “I feel good. I can get more out of my day just by being healthy.”

Sure, the health perks are great. Most runners would agree that it’s nice to know that our physical health is being maintained by this shared hobby. And certainly, the improvements to pace are encouraging. When you’re accustomed to running that kind of mileage at least a few times a week, your paces naturally quickens. Getting quicker is an obvious sign that the mileage is paying off. “You get pretty fast,” he says. “Times that I never thought of before just become regular pace.”

In order for things to fall into line, the details do have to be sorted. He has to ask himself things like whether or not it’s necessary to bring the computer home from work, how many layers he’s going to need or how he’ll fit the run in if after-work plans crop up. On top of that, he comes in to work one day a week to bring dirty clothes back.

Oddly enough, even though his dad swore by this routine for years, it’s only now that the father-son pair talk about it. Before, Coulombe would just watch his dad come and go without taking much interest. Now though, they exchange tips and stories from the run commute.

“I realized there was this whole side of him I didn’t really know about,” he says.