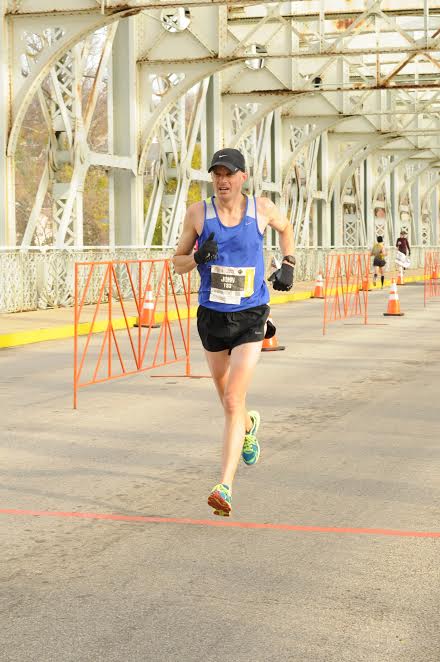 There are so many benefits of run commuting. I got into this lifestyle ten years ago and today, the main motivator for me to get up and run to work is that it saves time. I have to fit my run into the day regardless of when it happens so to get it done while on my way to work is a huge bonus. It means my workout is done first thing in the morning, I start my day in a good mood and I don’t have to worry about a pesky commute.

If I wasn’t for this morning routine, I would have to get up by 5:00 a.m., run and get ready for work and then commute to the middle school where I teach. With this routine though, I’m able to get up an hour later.

RELATED: I run-commute to be a better mom

I live on the west side of Toronto and work across the city. If I’m to run the most direct route to the school that I work at, it’s nine kilometres. I usually tack on extra distance though as I’m often in marathon training mode. I’m lucky to have such a great trail system in Toronto. I love to take advantage of the city’s Martin Goodman Trail that runs along the waterfront as well as the pathway system that runs in the Don Valley. I do my best to avoid busy city streets. Contrary to what some may believe about a Toronto run-commute, the most hazardous thing I’ve encountered isn’t traffic related, but over-protective red winged blackbirds.

To make all the details fit together nicely, I pack clothes and breakfasts in a suitcase which I bring on Monday. Then, I go to a nearby grocery store and buy my lunches for the week. At the end of the day, I run home. Twice a week, I run in in the morning. I then change into the clothes I brought on Monday after showering at a local gym.

Being a middle school teacher, it’s important to me that I model the idea of living a healthy lifestyle. I want my students to see that example I set. When they see me running to work or doing a post-run stretch, they know that I’m practicing what I preach! Plus, I coach cross-country and track at the school. I don’t think that job would go so well if I didn’t understand the needs runners have and the issues that can sometimes arise when involved in this sport.

The biggest perk– and there are many– is the time saving element. Besides that though, I save money and I’m in a positive mood when I greet my students in the morning (read: I’m less annoyed when they don’t do their homework or when they’re taking at the back of the classroom…). I would honestly say that the run-commute is the most important part of my day.