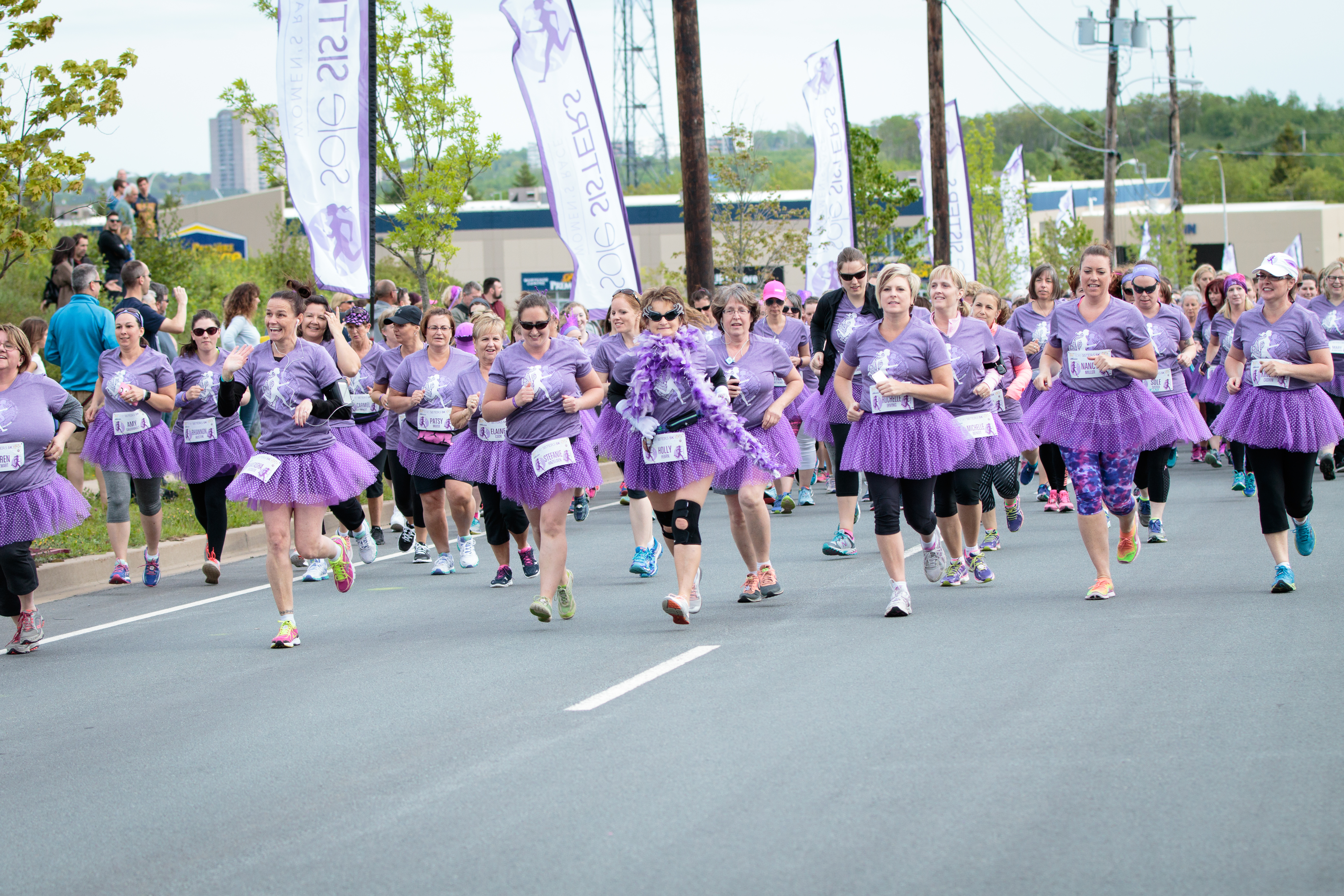 When Stacy Chesnutt hammered out a sub-20 minute 5K in a tutu, she was racing to prove a point.

After reading an article criticizing women for wearing the ballerina-like flounces on race day, she thought: ‘I’ll show them.’ She felt that the running scene shouldn’t be a space for judgement and so, after reading the critique, she put on a tutu to show that women of all paces and abilities can compete wearing whatever they please. Furthermore, she wanted to illustrate that to be a “serious” runner doesn’t require a certain look. “I said ‘Take that, that’s a fast time and I’m wearing a tutu,” says Chesnutt.

Those who saw her that day may have taken note. Since then, she has become known in the east coast race scene for sporting the frilly skirts. Today, Chesnutt spearheads run club Girls Gone Gazelle and is also the race director of Sole Sisters Women’s Run— a Nova Scotia-based female-focused race and the largest women’s-only 5K in the country. Every race director has their own unique touch and Chesnutt’s is including the tutu as part of the registration package.

Why exactly? She believes that adding this piece of race apparel strips away intimidating circumstances of race day. In a way, it’s about adding a bit of silliness to a day that could otherwise be fairly daunting– especially for those women who don’t feel like they fit in. 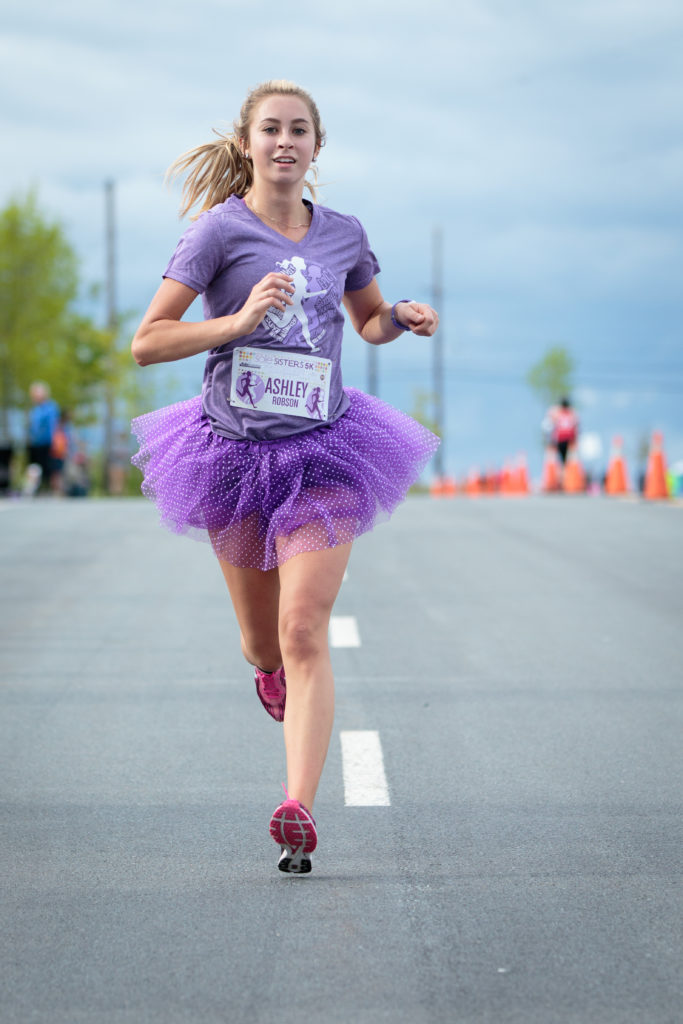 “I have met thousands of women who won’t self-identify as a runner because they don’t look a certain way or they’re not fast enough,” Chesnutt says.

That self-consciousness is something that she’s working to do away with. Once she started giving out free tutus to those who entered her race (Sole Sisters started in 2012), she got a positive response from many women training to be at that start line.

“It was making running and walking fun,” she says. “The tutu is a way of making it less threatening. I think it just breaks down one barrier. You’re wearing a tutu; it makes it fun.”

Think of it this way: if running is something you were previously shy to get into, or if you’re one of those people who isn’t a fan of running in crowds, the tutu is, in a sense, a reminder not to take things too seriously. It’s as if wearing it hammers home one important message: this is supposed to be fun.”It’s almost like it disarms women,” Chesnutt adds.

Bring on the tartan

Now that the tutus have become associated with her race, she wants to bring attention to the Nova Scotia location. When people hear that Sole Sisters is the largest race of its kind in Canada, many assume that it’s hosted in Toronto or Vancouver. But Chesnutt wants to remind everyone that she’s proud to call Nova Scotia its home. That’s why this year, they come in a tartan print to symbolize the Maritime province’s roots.

That means that this year, the crowd can expect to see the start line crowded with confident women wearing Nova Scotia pride.

The idea of supporting other women is something that Chesnutt says has always been in her character– she is a self-described advocate for girls and women.

“I believe that physical activity contributes to mental health. I want every girl and woman to be a bit more confident because they are physically active,” she says.