And if you live in Toronto, you can also register for the Oasis ZooRun 10K, 5K and Cub Run on the same day. It’s a fun (and hilly!) race, run entirely within the Metropolitan Toronto Zoo, and brings all the great stuff that Canada Running Series is known for–fantastic organization, a fun, family vibe, lots of volunteers and best of all, you get to run past giraffes, rhinos, lions, camels and caribou. What could be better?

This year’s STWM was huge. Imagine being on the course when two of Canada’s elite marathoners (Dayna Pidhoresky and Trevor Hofbauer) took minutes off their personal bests to become Canadian Marathon Champions and qualify for the 2020 Olympics in the process. Pidhoresky ran 2:29:03 (27 seconds faster than Olympic standard) and Hofbauer ran 2:09:51 (well under Olympic standard and only 26 seconds off the Canadian record) to dominate the field of Canadians trying to get to Tokyo.

And 2018’s race was massive, too. In his first-ever crack at the marathon distance, former Canadian 10,000m record-holder Cam Levins struck down Jerome Drayton‘s Canadian marathon record with his 2:09:25 performance. (Drayton’s record of 2:10:09 had stood for 43 years.)

RELATED: Cam Levins was patient, and it paid off

The race starts on the broad boulevard of University Avenue, just north of Queen Street West, and runs up past the Ontario Legislature to Bloor Street, where it turns west at the iconic Royal Ontario Museum. After a couple of jogs the course takes runners down Bathurst Street and eventually to the lakeshore, offering runners a view of Lake Ontario (and a glimpse of the frontrunners returning east) before the turnaround. Heading east, runners are even closer to the lake, traversing the entire city from west to east before heading back along Front Street to the cheering throngs at Nathan Phillips Square. 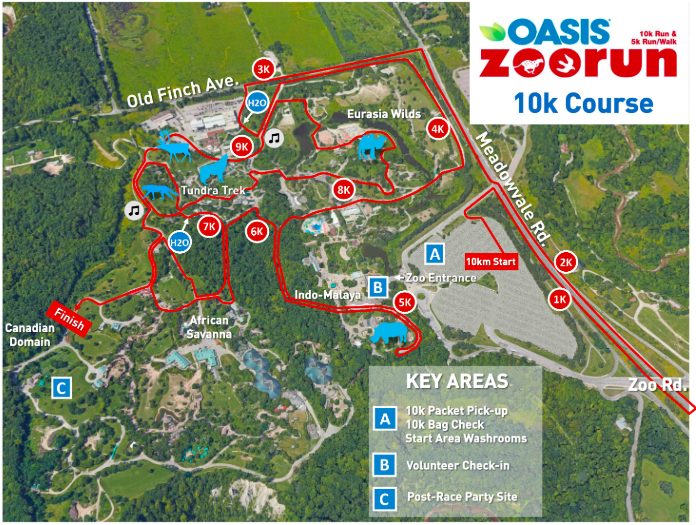 Here’s the link to sign up for the Toronto Waterfront full marathon, half-marathon and 5K, starting Tuesday at noon.

Here’s the link to sign up for the Oasis Zoo Run 10K, 5K or Cub Run, starting Tuesday at noon.

Registration for another CRS race, the Banque Scotia 21K de Montréal (aka the Montreal Half) is already open, and the Charity Challenge launches on November 21. Here’s the link.