This year the 2019 Scotiabank Waterfront Marathon is doubling as the 2020 Olympic Marathon Trials for Canadian athletes. This is the first time in several cycles that Canada has hosted an official trials, and the Canadian elite lineup is fantastic.

While Sunday’s race isn’t the only way a runner can qualify for the Olympic marathon, the winner (provided they have the Olympic standard of 2:29:30 for women or 2:11:30 for men during the qualifying period, January 1, 2019 to May 31, 2020) will automatically be named to the team. Going into Sunday’s race, no one has yet achieved standard.

Reid Coolsaet–2:10:28 (Berlin) Coolsaet is one of the most experienced marathoners on the start line. The runner is an eight-time national champion and two-time Olympian in the marathon. While he hasn’t run near his personal best of 2:10:28 in several years, on the right day he remains a contender for the win and a time that betters the standard. 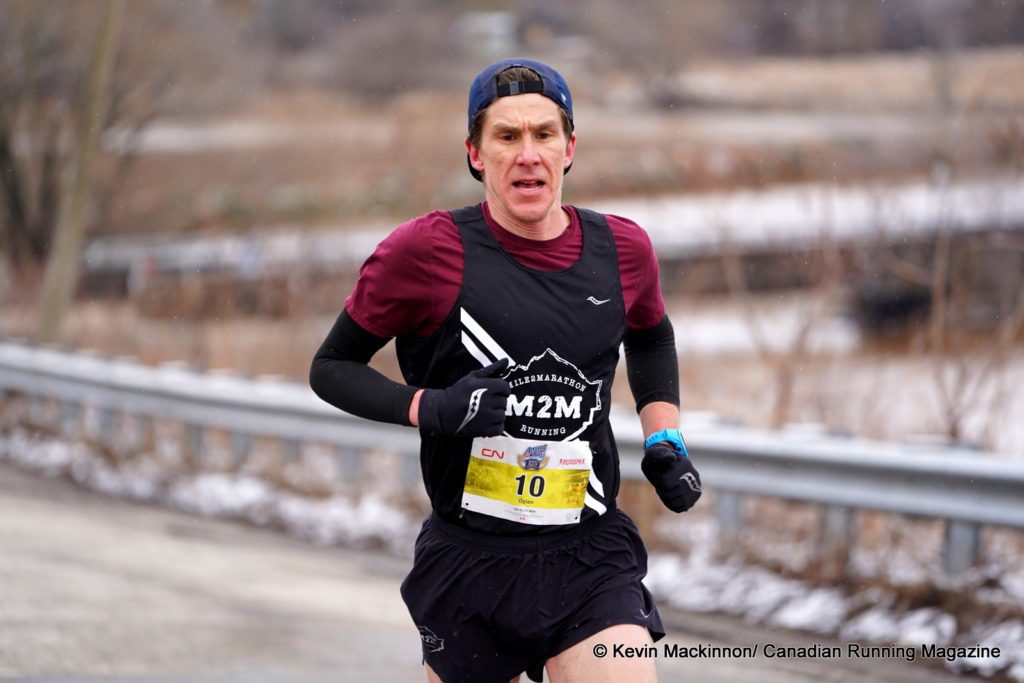 Dylan Wykes–2:10:47 (Rotterdam) Wykes hasn’t raced a marathon since he ran his personal best in 2012. He has since started his popular running club, Mile2Marathon, and expanded his business across the country. Wykes was the 2019 Canadian 10K champion, his first national championship win in nearly a decade. After a long hiatus from competitive racing, Wykes came back at Ottawa Race Weekend to take the championship in a surprising victory in 29:55.

Tristan Woodfine–2:15:19 (Houston) While Woodfine doesn’t have one of the fastest personal bests coming into the race, he at least has run it recently. The Cobden, Ont. native was also crowned the 2019 Canadian half-marathon champion in June, when he ran a personal best of 1:04:44 to take the title. Don’t count Woodfine out for a strong performance.

Evan Esselink–debut (1:02:17 Houston) Esselink’s is a debut we’re excited about. The runner had a great race in Houston in January, hitting 1:02:17 for the half-marathon. His time in Houston was the fourth-fastest half ever run by a Canadian. The only men to go faster are Canadian marathon record-holder Cam Levins, Canadian half-marathon record-holder Jeff Schiebler and Simon Bairu. That’s keeping pretty good company.

Trevor Hofbauer–2:16:48 (Hamburg) Hofbauer ran his personal best this April. He was pleased, but hungry for more. He said post-race that his build was far from perfect. “Originally when Reid [Coolsaet] and I planned to race Hamburg, we both verbalized that 2:13 was our target. I got sick with the flu the day after we announced our marathon, which took a week to recover from. Considering I battled laryngitis and the flu twice within the 18 weeks leading up to Hamburg, I couldn’t be happier with the new personal best.” Hofbauer and Coolsaet had planned to do the race together, but due to some setbacks in Coolsaet’s build, he raced Ottawa instead.

Rory Linkletter–debut (28:12 10,000m) Linkletter is the youngest Canadian in the field. The former BYU runner recently graduated from university and joined the NAZ Elite, an Arizona-based professional group. The runner is a multi-time team Canada member, competing most recently at the 2019 Pan Am Games in Lima, Peru.

Kinsey Middleton–2:32:09 (Toronto) Middleton was the 2018 national marathon champion, running her personal best of 2:32. Middleton claims to have learned a lot from her first marathon. A native of Boise, Idaho, which is at 800m altitude and surrounded by mountains (she has dual citizenship, since her mother is Canadian), Middleton has relatively easy access to higher altitudes for training purposes. She says she may plan to surpass the 190K peak weekly mileage she reached during last summer’s build, with the goal of getting even faster.

Leslie Sexton–2:31:51 (Prague) Sexton is a former national marathon champion who’s looking to run as close to standard as possible. The runner’s 2:31 is from 2019, and she’s one of the most experienced marathoners in the field.

Malindi Elmore–2:32:15 (Houston) Elmore is looking to make her second Olympic team, 16 years after making her first. The Canadian has only run one marathon, a very impressive 2:32 debut in Houston after what she describes as a haphazard build. The runner finished second at the Canadian 10K championship and won the Canadian half-marathon championship earlier this year. She said after her half-marathon win, “Seven years ago I stopped racing. I never dreamed I’d be back at this level.”

Dayna Pidhoresky–2:36:08 (Toronto) Pidhoresky has had consistently strong results in 2019. While she hasn’t bettered her marathon personal best since 2017, she’s run within striking distance in the last 18 months.

Tarah Korir–2:35:46 (Ottawa) Korir is making a return to marathoning after taking some time away from the elite scene. The runner’s personal best is from the 2016 Ottawa Marathon, where her aim was to make the 2016 Olympic team. While she was unsuccessful four years ago, she’s someone to watch on Sunday.