The team here at Canadian Running consists of six individuals, all with different experience and approaches to running and racing–we have several highly accomplished track athletes, a competitive trail runner and a couple of recreational marathoners. Among us, we manage to do quite a bit of racing while making sure to bring readers a balanced mix of news, trends, gear reviews and training advice. Here’s a glimpse into who we are and what we each have planned for 2019. 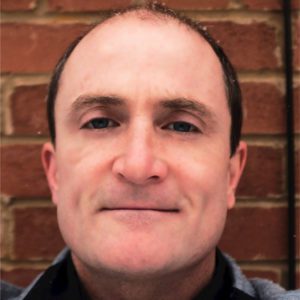 Dave is currently training for the Toronto Marathon (his 10th marathon), and shooting for his first sub-3. He’s also planning to run the Finger Lakes 50K in New York State in early July and the TCS New York City Marathon in November.

Maddy is a national class 800m runner. Her 2019 indoor season is already well under way, having already raced either the 800m or the 1,500m (or both) at the Sharon Anderson Memorial Meet in Toronto, the Ottawa U Invitational and Penn State Invitational. She’ll also race the 800m and the 1K at Boston University Valentine this winter, along with four 800m races in the US in the spring. The goal is to qualify for the 2019 FISU Games in Naples, Italy. Maddy will also compete at Speed River Inferno in Guelph, Ont. in June.

Anne started running 15 years ago after having three kids, and qualified for Boston (barely) in her first marathon (at the 2007 Mississauga Marathon). However, having been there as a spectator, she decided she wasn’t ready, and didn’t run another marathon for 10 years. Inspired by Boston: The Documentary in 2017, Anne embraced the distance and is excited to have qualified for both Boston and New York this year. She’s also running the eDreams Barcelona Half-Marathon as a tune-up for Boston on February 10.

Tory enjoys adventuring outside and exploring new trails and mountains. Tory says her 2019 will likely include some fun 50K, 50-mile, and 100K races, and maybe an even sillier distance later on in the year. She’s heading to Zion National Park and Bryce Canyon in Utah this spring for (how’s this for cool?) an ultra/bachelorette party combo. She also plans to run as a pacer at Bighorn 100 miler in Wyoming in June, and may return to ‘Camp Hardrock’ 100 miler for trail work and pacing.

Kate is a two-time Canadian champion in the 1,500m, has represented Canada on 10 national teams, and won bronze medals at the 2014 Commonwealth Games and the 2018 NACAC Championships. She’s also the former Canadian indoor mile record-holder. Kate had a couple of preventative achilles procedures done in the fall, so is getting a later start to the racing season this year.

After an altitude training camp in Flagstaff, Ariz. in April, Kate plans to open her 2019 season with a 5,000m at the Payton Jordan Invitational at Stanford University in May, with the goal of achieving the World Championships standard of 15:22. She will then focus on hitting the World standard of 4:06.5 in the 1,500m at a number of races in Canada and the US. Kate’s ultimate goal is to qualify for World’s and to medal at the Canadian Championships in either the 1,500m or the 5,000m (or both!) and to compete in at least one Diamond League event this summer. 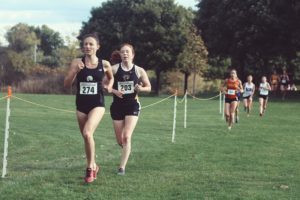 Max trains with the Harbour Track Club at McMaster University in Hamilton, Ont. Her first love is cross-country, but she likes to keep things interesting and fun by switching up the distances and surfaces. Max will race the 1,000m, 1,500m and 3,000m this indoor season, and wants to do a 5K and a 10K road race this spring. Outdoors, she plans to race the 3,000m, 1,500m and/or 800m at the Hamilton Twilight Series and London Distance Series. She looks forward to covering the 125th anniversary of Around the Bay, OFSAA track & field, and the USports Cross-Country Championships for the magazine this year.