The Boston Marathon is less than a week away, and while runners everywhere are tapering in preparation for the big day, their friends and families are planning where they’re going to station themselves to cheer on their loved ones. If you’re among the Boston cheerleaders this weekend, we’ve got you covered with the top seven spots to view the race.

If you’re planning on cheering in more than one location, the MBTA (Massachusetts Bay Transportation Authority) is the most efficient way to get around town. Many of the best spots to view the race and cheer on runners are accessible from the T. parts of the Framingham/Worcester Line, which are less than a five or 10-minute walk from the course, and the Green Line C Branch runs parallel to it. The B.A.A. has put together a downloadable spectator guide that includes the subway stops near each portion of the course and what time the elites are expected to pass by, which you can find here.

The top 7 spots to cheer at the Boston Marathon

The Boston Marathon passes through eight neighbourhoods as runners make their way from Hopkinton to Boylston, and each one has its own vibe and energy. We chose the following seven spots based on those characteristics and accessibility via public transit, so you can catch runners at multiple stages of the race.

The very beginning of the race is the obvious place to start, and while you won’t see much of the race standing at the start line, the energy and anticipation at the start line is unlike any other spot on the course. If you’re planning on catching the start, make sure you arrive early, since thousands of runners will be arriving by bus and it can become quite chaotic.

This is one of the most historic spots to catch the action. Right near the 10K mark, some argue it’s the best area in the early part of the course to see your loved one, and it still gives you plenty of time to catch them again later on the course. Its location right next to the Commuter Rail also makes it very convenient (we recommend grabbing a $15 all-day commuter pass to avoid lines at the stations).

Every year, spectators pack this area on Center street to catch a glimpse of their favourite runners before they reach the town centre. The crowds here usually get quite lively, so it’s a fun spot that’s easily accessible by the MBTA Commuter rail for spectators. The West Natick rail stop is also close by and is a little quieter if you want to stand out more when your loved one runs by.

The Wellesley Scream Tunnel is one of the most iconic (and definitely one of the loudest) cheer spots along the course. Just before the halfway point, it’s a great place to give your favourite runner some encouragement as they head into the second half of the race. The drawback to this spot is that you won’t be able to catch your loved one both here and at the Newton Hills, so you have a decision to make.

This brings us to the infamous Newton Hills. There are several spots between mile 17 and mile 21 where you can offer encouragement to the runners as they tackle one of the hardest parts of the course, but the Boston College stop on the B branch of the subway is where runners are cresting the top of the final hill and is a great spot for spectating. 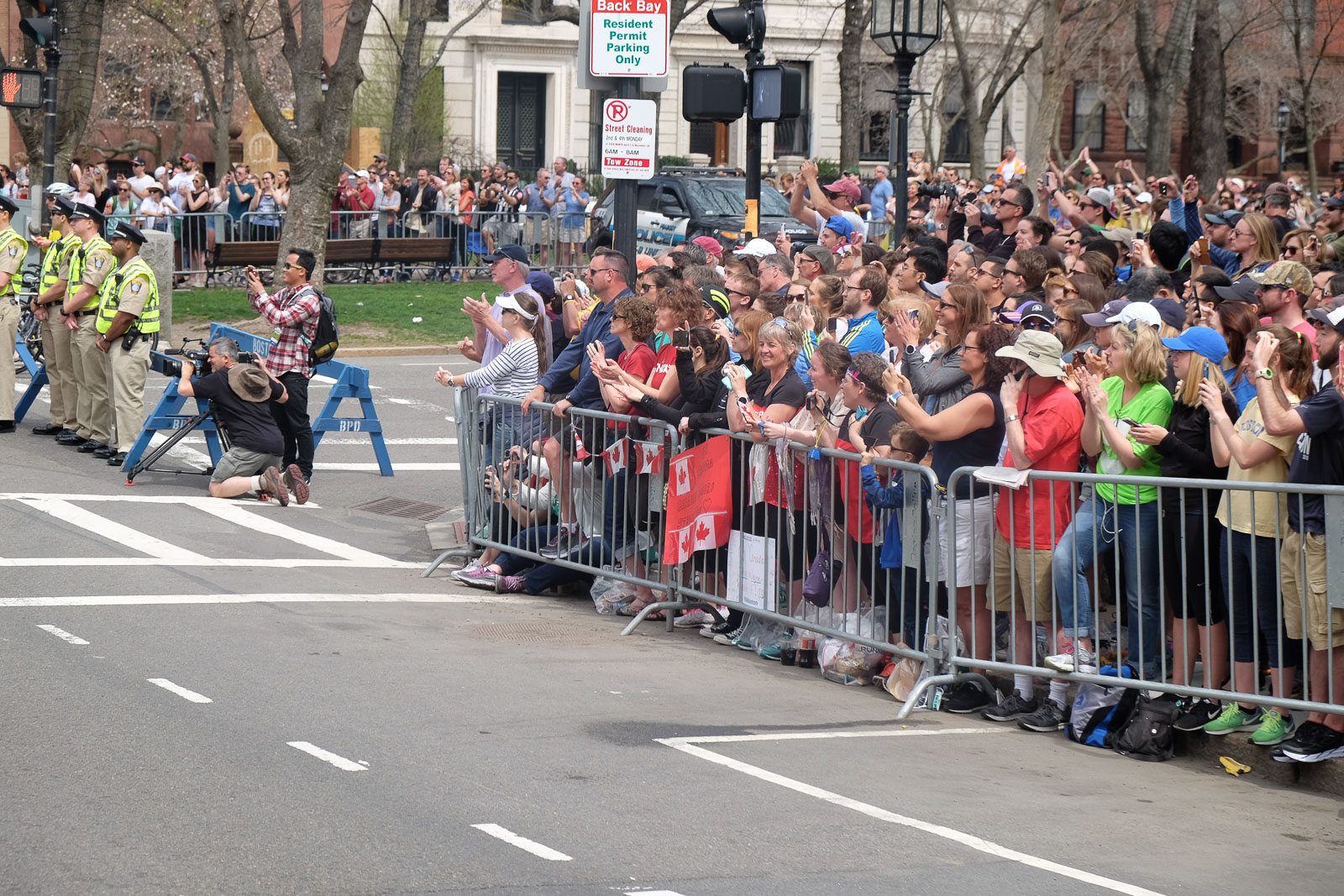 Cleveland Circle is accessible from the B, C and D branches of the Green Line, and is where the crowds start to get thick (and exciting!). With nearly five kilometres of vantage points to watch runners, the energy at this point in the race is amazing. As a bonus, you still have plenty of time to get from here to the finish line.

With fans either entering or leaving the Red Sox game, the energy in Kenmore Square is like one big party. At this point, runners are nearing the end and can use all the encouragement they can get, and with the Boston Strong bridge as part of the backdrop, this is a very special spot to cheer runners on.

The final stretch on Boylston 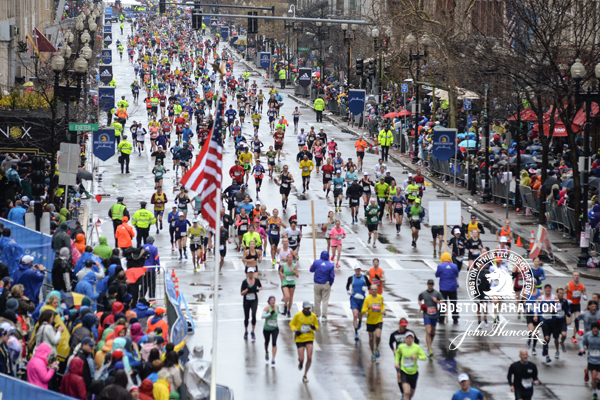 Of course, many spectators want to see their loved ones cross the finish line, and the final stretch along Boylston street has an energy that is unlike any other marathon finish line. If you’re hoping to get a spot here, be prepared to deal with large crowds, but if you can handle the chaos, it’s well worth it to get the finish line experience. Keep in mind that the Copely Green Line stop is closed on Marathon Monday, so if you’re taking the subway, you’ll have to get off at Hynes stop instead.