The organizers of the Toronto Women’s Run Series have announced a new virtual event for their patrons: the 416 Run Challenge. This women-only challenge is close to a year long, and participants have until July 31, 2021, to run 416K. It’s open to anyone, regardless of where they may be running, but the run’s name and corresponding distance is a tribute to Toronto, which has the nickname The 416 (among many others). Registration is open until the end of the year. 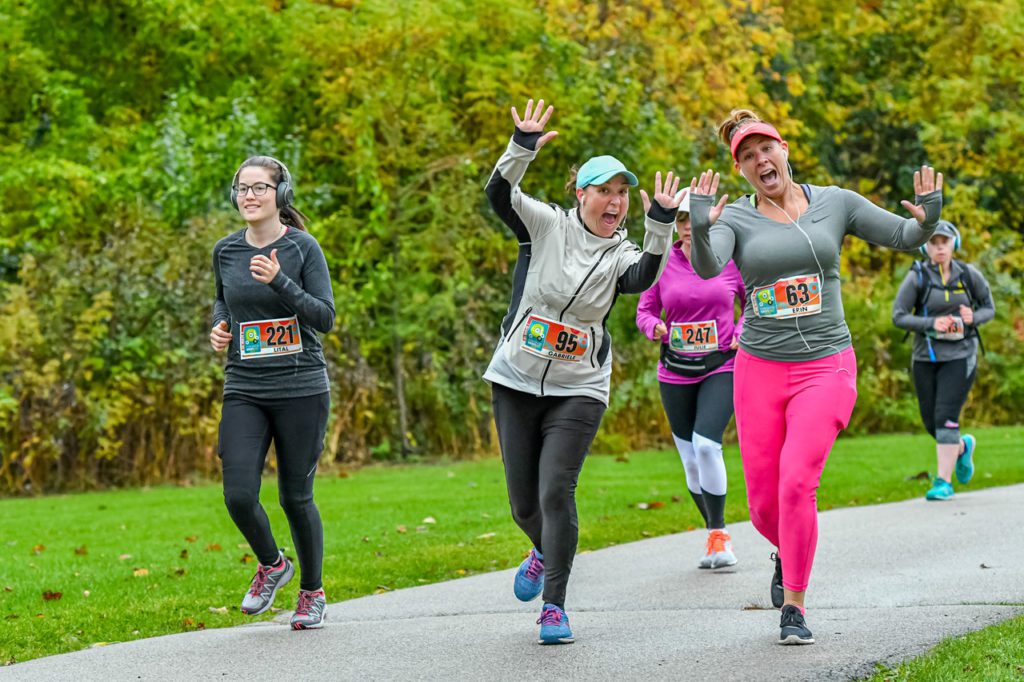 Participants can run or walk at whatever pace they desire for the virtual 416 Run Challenge. It can be run solo or in a group, just as long as runners cover 416K by next July. The final day of the event is more than 300 days away, meaning participants can average about 1.3K each day for the next 10 or so months and complete the challenge.

Cory Freedman, the founder and owner of the Toronto Women’s Run Series, says she and her team wanted to give runners “a stretch goal” to pursue over the next few months and into 2021. “Winter is coming, and we’ll all need a target and a goal to keep us motivated to run,” she says.

Runners can log their kilometres inside or outside and on the roads, track, trails or treadmill. As runners make their way through the challenge, they can track their progress on the event tracking page. Women everywhere can sign up for this run, but Toronto runners get a bonus pre-planned 416K route throughout the city and GTA. While Toronto residents don’t have to run on this course to complete the challenge, it is a great way to get out and explore new areas of the city they might not know about.

Freedman says the best part about this challenge is that it’s attainable for runners of all levels. “Some people will finish in a few weeks, and others will take longer,” she says. “We think this is fun and that it’ll keep people engaged.”

Everyone who signs up for the run will get an awesome kit that includes a neck gaiter, an event mug, an Asics gift card and more. Perhaps the most unique part of the kit is the 416 Run Challenge finisher necklace. The necklace will be delivered with the rest of the kit, but as runners make progress, they will be sent “Challenge Charms” that spell “run.” Participants will receive these letter charms after they hit the 150K, 300K and 416K mileage markers.

Freedman says the Challenge Charms are another way to keep people running. “People will be motivated to run,” she says. “They’ll want to get the next letter, which will help them reach the total 416K.”

As is always the case with the Toronto Women’s Run Series, this event will be a fundraiser for local charities. Freedman notes that this year, while numbers for her other races have been down by about 50 per cent, the fundraising has been incredible, and, in some cases, higher than usual. She says she’s hoping those generous donations will continue to pour in throughout the series’s next event.

The 416 Run Challenge will support POGO (the Pediatric Oncology Group of Ontario);  Second Harvest, the a food rescue charity with a focus on environmental protection and hunger relief; and Sistering, an agency that supports homeless, precariously housed and socially isolated women and trans people across Toronto.

To learn more about the 416 Run Challenge, click here.

RELATED: How the RunGo app is revolutionizing running in an increasingly virtual world