In his first track race of the indoor season, Tyler Dozzi broke the Canadian junior indoor 5,000m record. Dozzi unofficially holds the new record at 14:18.92, just 0.05 seconds ahead of the previous record held by Ehab El-Sandali at 14:18.97.

The Boston University season opener is one of the first big meets of the indoor track season, where cross-country runners will test their fall fitness on the track. Dozzi is coming off a win at the Athletics Canada Cross-Country Championship in Kingston last weekend, and clearly his work this fall on the trails has translated onto the track.

Dozzi didn’t only win the National Cross-Country Championship, but he also waited at the finish for all of his cross-country compatriots to finish so that he could shake their hands before exiting the finish corral. The new Canadian record-holder is in his first year at UBC.

Laura Dickinson of Miramichi, New Brunswick set the new U20 women’s record at 16:10:65 in Boston, breaking the old record by over 20 seconds. Dickinson represented Canada at the 2018 World Junior Championships in the steeplechase. 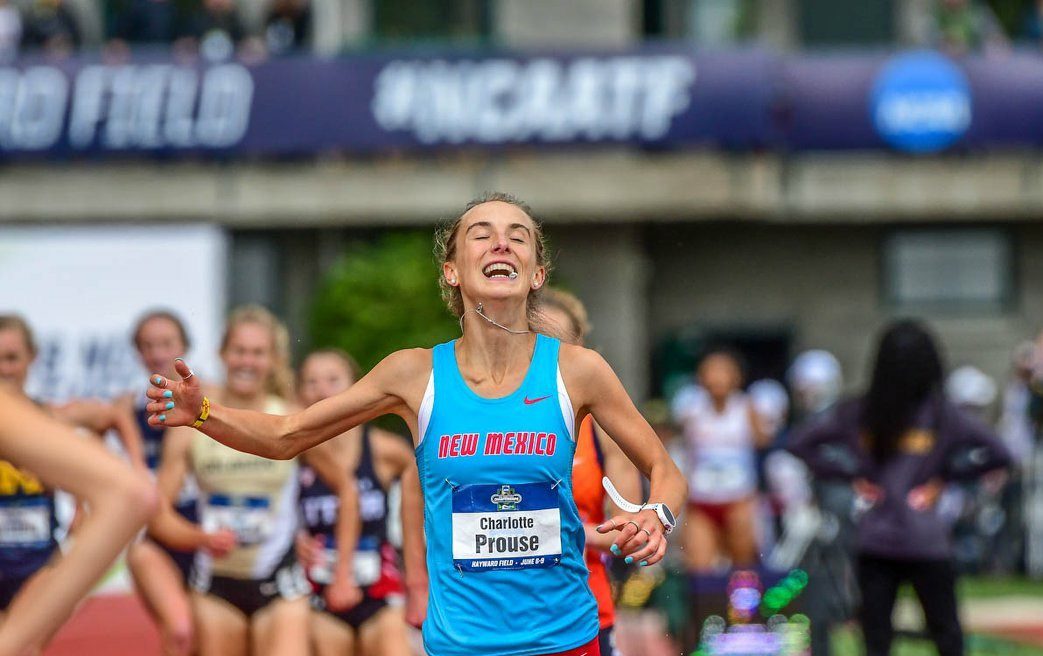 Charlotte Prouse, who was ninth at the NCAA cross-country championships two weeks ago, ran dangerously close to the Canadian senior 5,000m record in Boston. Prouse finished the 5,000m in 15:26.01, less than a second off of Megan Metcalfe-Wright’s record of 15:25.15.

Canadian 5,000m runner Andrea Seccafien tweeted post-race that Prouse had nearly broken the record. Prouse replied that she was a little too close for her liking. Prouse, who runs for the University of New Mexico Lobos, has finished her cross-country eligibility but still has eligibility on the indoor and outdoor track. Her season opener suggests that Prouse will have a very strong indoor season.