Runners come from all over the world to participate in the GoodLife Fitness Victoria Marathon and will do so again for its 40th event on October 13. With the combined distances of the marathon, half-marathon, 8K and the kids run, there will be more than 8,000 participants from every Canadian province and 20 countries. The scenic course, community support and exciting field of elites is enough to attract runners of all levels to the events. But a trip to Victoria offers a lot of added value to the fun of race weekend. Here are ten reasons why Victoria BC is one of the best destinations we can think of to combine a terrific marathon experience with a memorable vacation. 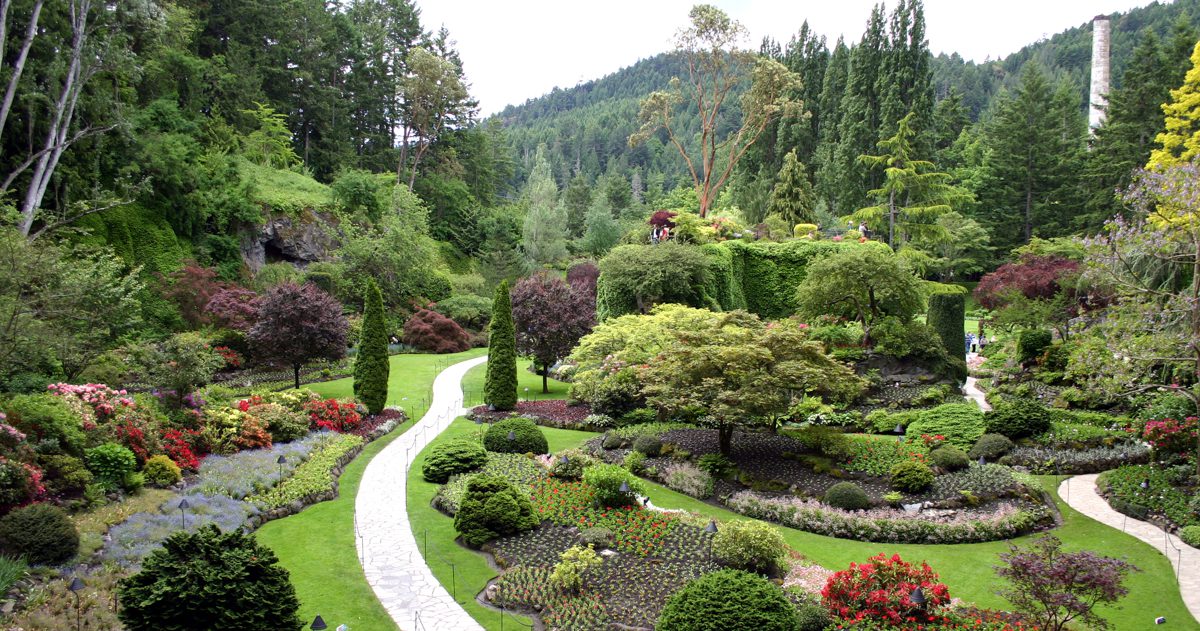 The stunning and mind-bogglingly diverse Butchart Gardens were begun in 1912 and now include, in addition to the famous and gorgeous Sunken Garden, a Zen-like Japanese Garden, Italian and Mediterranean Gardens and much more. CNN, National Geographic, and USA Today named Butchart Gardens Victoria’s top attraction, so don’t miss it. 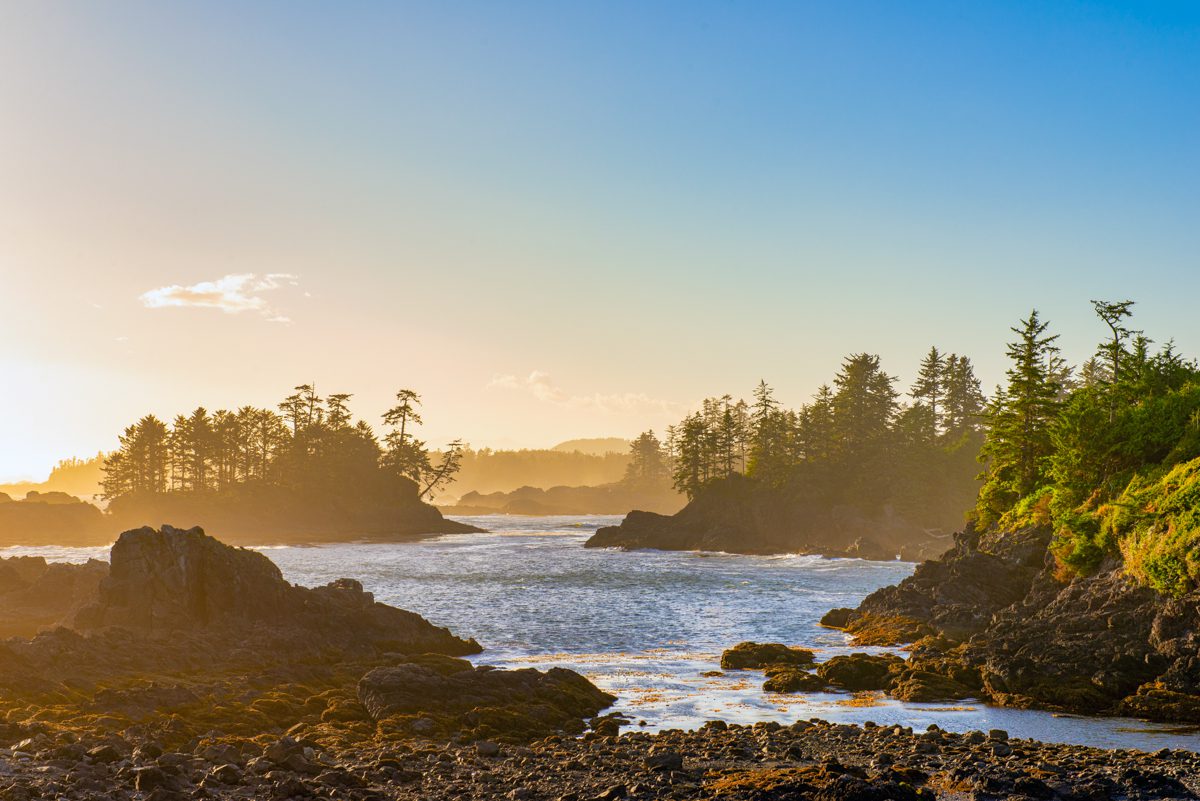 Easy road trips around Vancouver Island will provide you with something to do no matter what your interests are. Tofino is Canada’s surfing capital, Chemainus and Cowichan Bay are beautiful small towns on the road to Nanaimo. Nature lovers will want to visit Rathtrevor Beach Provincial Park, the giant Douglas Firs of Cathedral Grove in MacMillan Provincial Park, and Ucluelet’s Wild Pacific Trail. Trail running opportunities abound.

One of Victoria’s most enjoyable secrets, this 2.3 km walkway along the shoreline from Soghees Point to West Bay is easy to find. Just cross the Johnson Street Bridge and pick up the trail along the shore. You will be treated to incredible views of the harbour, the Olympic Mountains and Strait of Juan de Fuca, as well as sea birds, otters and other wildlife. You’ll also get to see and wonder at Rich Rico’s beachside folk-art. Although the walkway hugs the sometimes rugged shoreline, the path is flat and great for walking, running or a leisurely stroll. 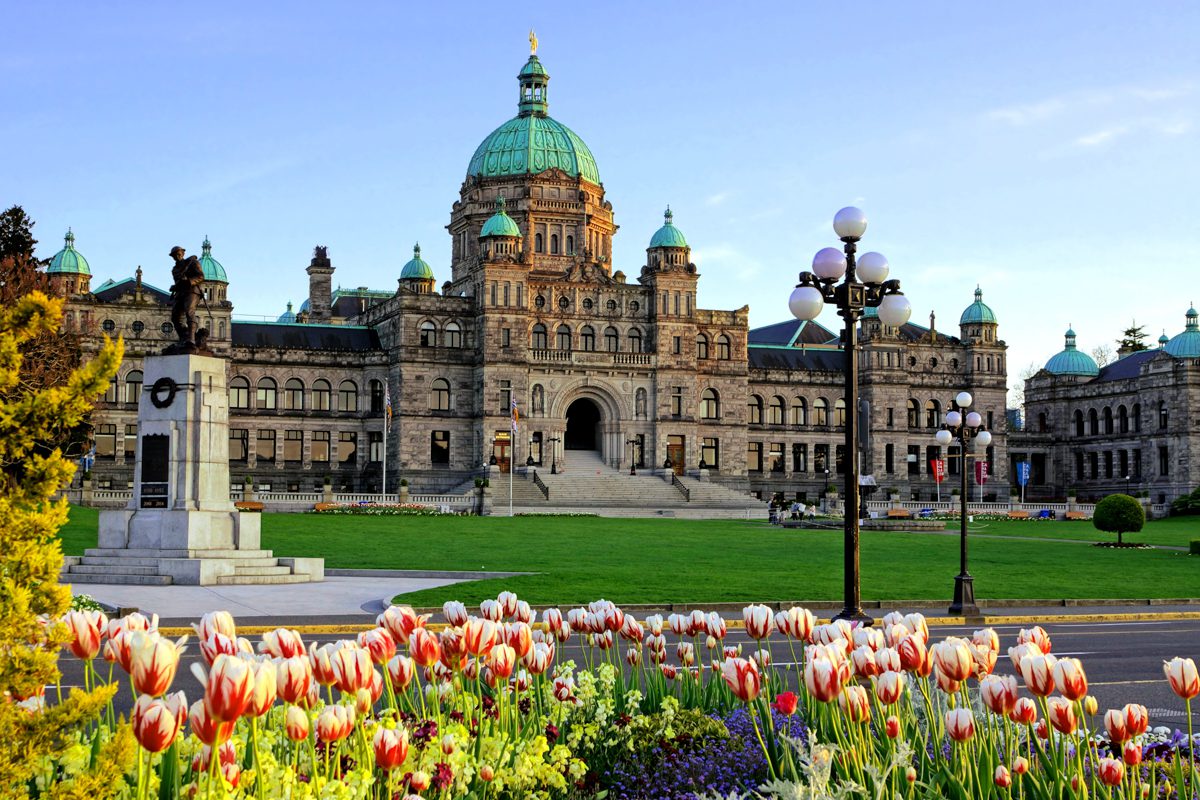 Victoria is home to some of Canada’s most beautiful architecture and it’s easily enjoyed while strolling around the city. The Fairmont Empress Hotel was built in 1908 and is one of the most impressive hotels in Canada. The Neo-baroque buildings and grounds of BC’s provincial parliament buildings are close by. Lower Johnson Street is lined with multi-coloured Victorian buildings and shops. Don’t miss Craigdarroch Castle, a Victorian Mansion maintained as a National Historic Site. 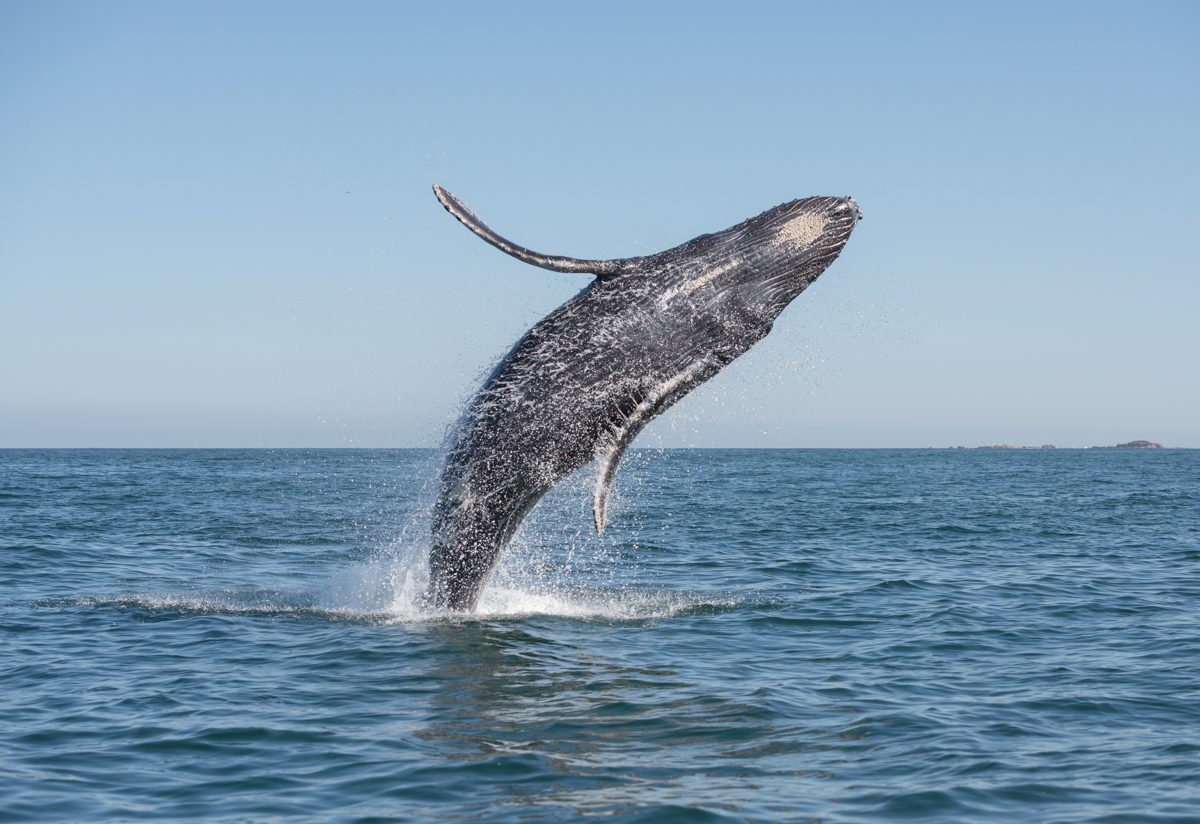 The waters south of Victoria offer some of the best whale-watching anywhere. They are the home of three orca pods, migrating minke, gray and humpback whales. Tours often enjoy sightings of porpoises, seals, and sea-lions as well as seabirds. Many tours also include a visit to Race Rocks Ecological Reserve on the southern tip of Vancouver Island, the northern-most breeding site for the Northern Elephant Seal. 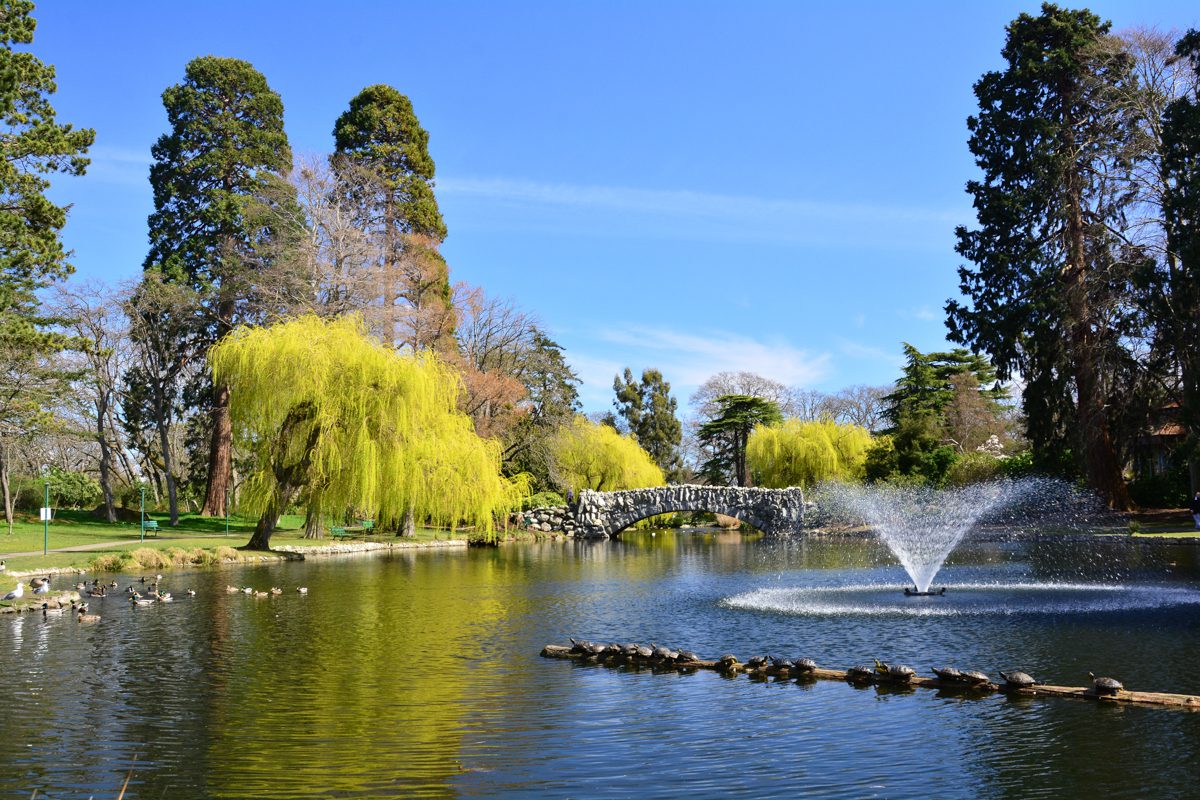 This beautiful 200-acre park is Victoria’s biggest green space and a must-visit for its diversity of environments, flora and fauna and opportunities for running, walking and picnicking. Nature-lovers will enjoy the rare Garry Oak meadow, the Southeast Wood with Douglas Firs and bird-watching. The park is also the site of the world’s tallest Story Pole. In an adjacent park, the Mile Zero monument marks the start of the 8,000 km Trans-Canada Highway. Close by, a statue of Terry Fox commemorates his epic cross-Canada run.

The Royal BC Museum

Victoria benefits from being right on the Pacific with its plethora of fresh seafood and fish and it is also close to some of the best produce farms in Canada. Winemakers and craft breweries abound. Almost every style of dining imaginable is available, from sushi to afternoon tea in the Empress Hotel to pubs, Thai, Indian, Italian. Mexican and Chinese, it’s all here. Runners will also find lots of creative, vegan and vegetarian options. 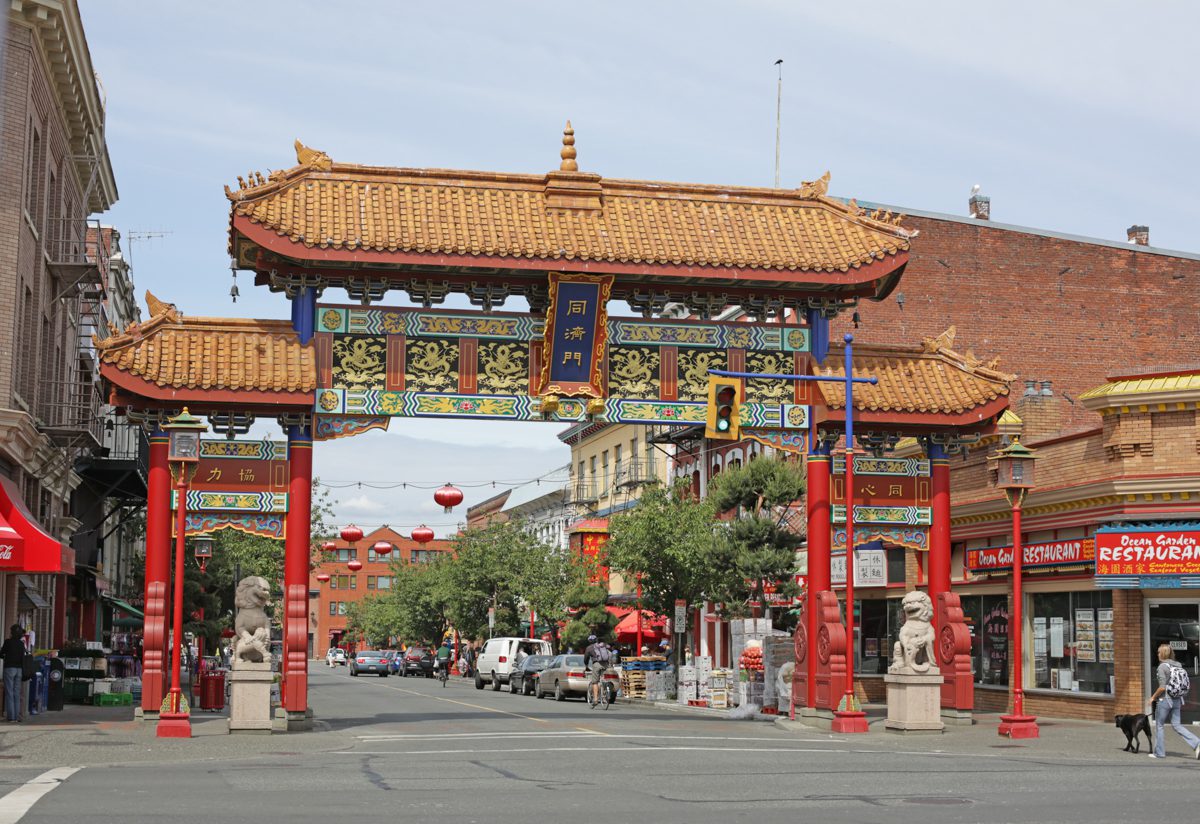 Victoria’s Chinatown is the second-oldest in North America, after San Francisco’s. Today, the beautiful Gate of Harmonious Interest on Fisgard Street is a dramatic monument to the area’s heritage, as is the Pagoda-style Chinese School, founded by the Chinese Benevolent Society. It is still in operation today. The narrow Fan Tan Alley, once home to opium dens and gambling establishments, is Canada’s narrowest street and now has an eclectic selection of shops.

Victoria has a warm Mediterranean climate. Summers are long, dry and relatively cool and winter temperatures average between 4 and 8 degrees Celsius. Victoria is in the rain shadow of the Olympic Mountains, which keeps it drier than much of BC and the Pacific currents keep the temperatures moderate. Victoria offers some of the best running and sight-seeing weather anywhere. October, when the GoodLife Fitness Victoria Marathon weekend is held, is typically cool without being too hot, with some light rain possible. Perfect racing conditions.

So, if you haven’t registered for the GoodLife Fitness Victoria Marathon yet, you should. In addition to being one of the best race weekends anywhere, Victoria is one of the best places to visit in Canada, no matter what your interests are.