While most of the world was welcoming in the new year with friends and family, five-time Olympian Nick Willis was working his way around the track, attempting to break the 4-minute mile for his 20th consecutive year. The 38-year-old New Zealand native ran a strong race, but came up short, running 4:00.22 for the Midnight Mile.

Willis ran his first sub-four-minute mile when he was just 19 years old in 2002, and currently holds the record for the most consecutive years running a sub-four mile. The turn of the calendar to 2022 marks his opportunity to extend that record to an incredible 20 years, and the veteran didn’t want to waste any time.

Teaming up with his sponsor, Tracksmith, Willis put together the event, the Midnight Mile, at the Armory track in New York City on New Year’s Eve. He didn’t have to make the attempt solo, and had 17-year-old high school phenom Hobbs Kessler on the track to help him out, along with Tokyo steeplechaser Mason Ferlic and Luca Chatham.

Ferlic took the lead off the top, completing the first 200-metre lap in 29 seconds, right on their planned pace. The group went through the halfway mark in 2:01, slightly behind the required pace, at which point Kessler assumed the lead position. Willis had some work to do, and slipped into Kessler’s slipstream to help pull him through to a sub-four time. Kessler let Willis take the lead in the final lap, and the Kiwi attempted to unleash his signature kick, but it wasn’t quite enough.

Despite not nabbing the sub-4 time he was looking for, Willis was in good spirits after the race. “I’m not super angry. I think, man, that was close, but at the same time I think, I’m proud of myself,” he said in an interview after the race. “This is a hard endeavor, and the four-minute barrier still means something, especially for 38-year-old legs.” 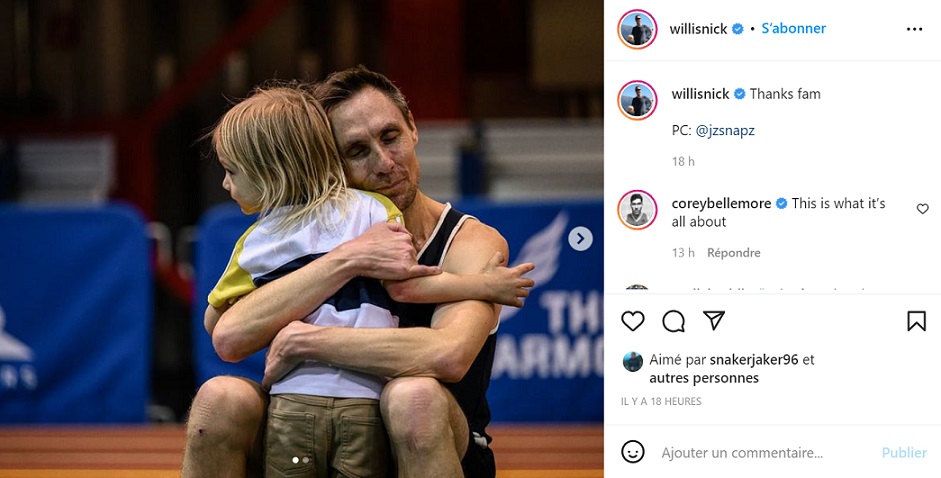 The year has only just begun, and Willis will still have plenty of other opportunities to achieve his 20-year streak. We may not have the opportunity to see him take another attempt for a while, however. “It took a lot of emotional energy getting ready for this,” he said. “I’m going to have to take a lot of time to rebuild myself up to want to have another crack at it.”