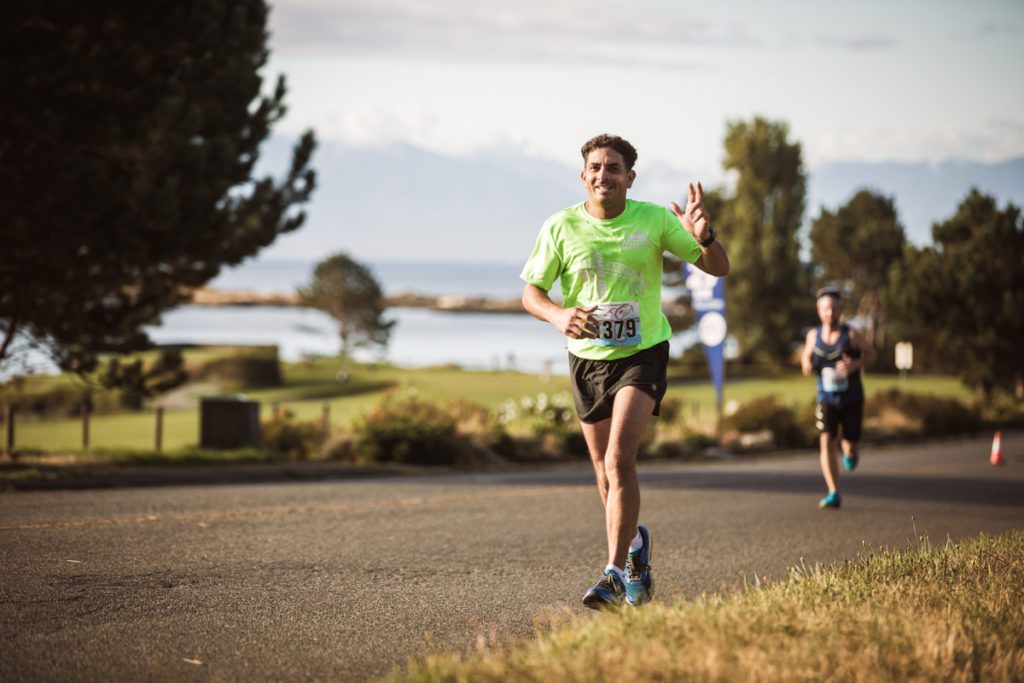 RELATED: The Calgary Marathon hosts the largest race in Canada since pandemic

Leanne Klassen, who is also from Calgary, broke the tape in 1:17:15, winning the women’s half. Klassen was the favourite to win the race with a personal best of 1:15, which she ran in early 2020 at the Sprouts Mesa Half Marathon in Mesa, Ariz. Fellow Calgarian Maria Zambrano came second in 1:18:16 ahead of local Victoria runner Chloe Hegland, who was third (1:18:40).

Sarah Inglis won the women’s 8K in 25:35, setting a new course record for the second year in a row. This was her third straight win in the 8K, breaking her own 2019 course record by eight seconds. The second runner to cross the line was Mariah Kelly in 27:05, and Rebecca Bassett from White Rock, B.C. was third (27:29).

The men’s race was won by Reid Muller in 24:00, finishing ahead of Kevin Friesen by 10 seconds. Muller is a track and cross-country runner in his senior year at Washington State University, with a mile PB of 4:02. Muller’s time set an age group record in the M20-24 age category, the previous record of 24:20 by Gary Barber has stood for 35 years. B.C. Endurance Project runner Theo Hunt came third in 24:21.

Thomas Nobbs of UBC won his second consecutive race at the Trinity Western University Invitational cross-country meet in Abbotsford, B.C., on Saturday afternoon. This win comes two weeks after his previous win in Victoria. Nobbs finished the 8K race in 23:53, finishing 43 seconds ahead of second-place university finisher and UBC teammate Tyler Dozzi (24:36). Exchange student Lauren McNeil of UBC Okanagan continued her dominant run on Canadian soil, winning the women’s 8K race by 29 seconds (28:02). The next race for both runners will be at the B.C. Cross Country Championships on Oct. 23.