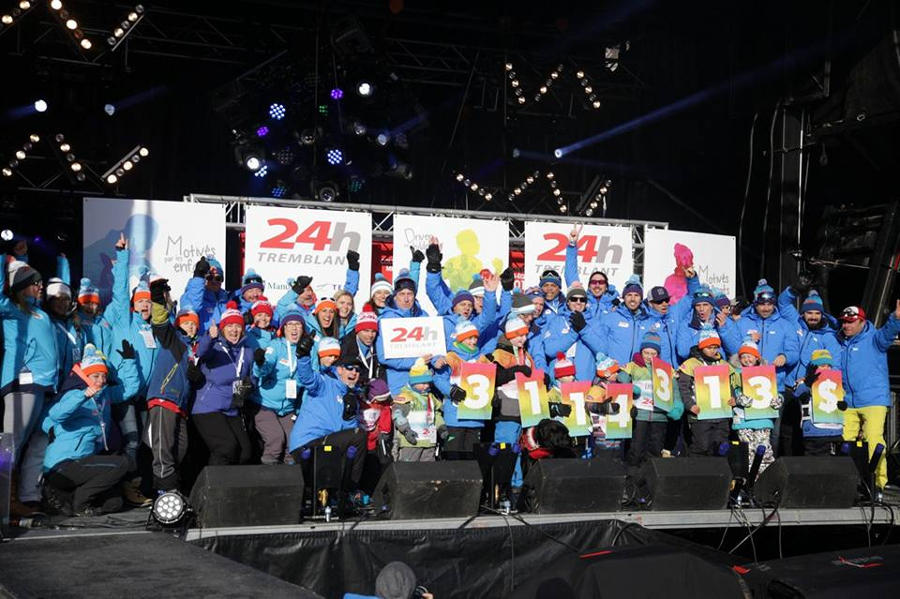 Though most major races in 2016 have concluded, there were a number of notable events here in Canada as well as in the United States and Europe over the weekend.

Two of Canada’s Olympians were in action in Hawaii, there was controversy at the European Cross-Country Championships in Italy and more than $3 million was raised for charity at an event at Mont-Tremblant, a popular ski destination in southwestern Quebec.

See some of the notable moments from the weekend below.

More than $3.1 million was raised at a 24-hour relay held at Mont-Tremblant, Que. on the weekend. Known as 24h Tremblant, the event raises money for Fondation Charles-Bruneau and the Ottawa Senators Foundation with a number of high-profiled names taking part each year. The Grey Cup, the Canadian Football League’s championship trophy, was on site for the event.

Controversy at the European Cross-Country Championships

The European Cross-Country Championships were held in Chia, Italy on Sunday with two Kenyan-born athletes now running for Turkey winning the senior men’s and senior women’s races. Aras Kaya and Yasemin Can both run for Turkey but are believed to live and train in Kenya prompting some to make comments on the current rules in terms of gaining citizenship.

Two Irish Olympians and now-retired runners Sonia O’Sullivan and Jerry Kiernan chimed in on the situation.

“It’s a shame really that there are Kenyans so easily allowed to represent European countries because it takes away from the race,” says O’Sullivan. “I don’t think they are legitimately running for the country. They haven’t grown up there and there is no connection there.”

I think @EuroAthletics bibs should read "I am European "

See the interview below.

Sonia O'Sullivan & Jerry Kiernan on the issue of nationality in athletics as Kenyan-born Can wins gold for Turkey https://t.co/mYFIkoOi9y

Countries occasionally recruit athletes and grant citizenship to allow that athlete to run for the country in question. Seb Coe, the IAAF president, responded to the comments on Twitter saying “working on this and will sit with new athletics integrity unit that the IAAF Congress approved.”

Two of Canada’s Olympians, Nicole Sifuentes and Nate Brannen, competed in the inaugural one-mile race at the Honolulu Marathon on Saturday. The race had an interesting format as the women started 27 seconds before the men to create a close finish between the two groups. Sifuentes ran 4:29 to finish as the top woman and Nate Brannen ran 4:08.

One of these beach ballers will win the Kalakaua Merrie Mile tomorrow. Who will it be? @HNLmarathon pic.twitter.com/WlKWBz6j4X

Edwin Kiptoo ran the fastest-ever mile in Hawaii with a 3:57 to win the Kalakaua Merrie Mile.

On Sunday morning, the Honolulu Marathon got underway at 5 a.m. to limit the effect of heat and humidity on participants. The silver medallist from the Olympic men’s marathon, Feyisa Lilesa, finished fourth overall and walked the final 100m performing a protest in solidarity with the Oromo people of Ethiopia. He gained global headlines in Rio for performing the protest at the end of the marathon as it’s been reported that the government has oppressed the Oromo people, the largest ethnic tribe in the Horn of Africa. Lilesa lives in the United States on a special skills visa as he fears returning to his home country.

Lawrence Cherono won in 2:09:39, a course record, and Brigid Kosei won the women’s race in 2:31:11. The event is a popular race among Canadians on the west coast for its end-of-year timing and accessibility of direct flights to the island.

See highlights from the finish of the Dallas Marathon with Keith Pierce, “a high school teacher and father of triplets” as described by local news station WFAA-TV, winning in 2:29. In the women’s race, Jordan Snyder was visibly emotional after winning in 2:59 as her longtime goal had been to break the three-hour barrier.

One of my favorite things to do is hand out medals to marathon finishers. I'll be doing that tomorrow @DallasMarathon God speed to everyone

Some notable names were at the finish line handing out race medals including Desi Linden, Ryan Hall, Deena Kastor and a number of U.S. Olympians.