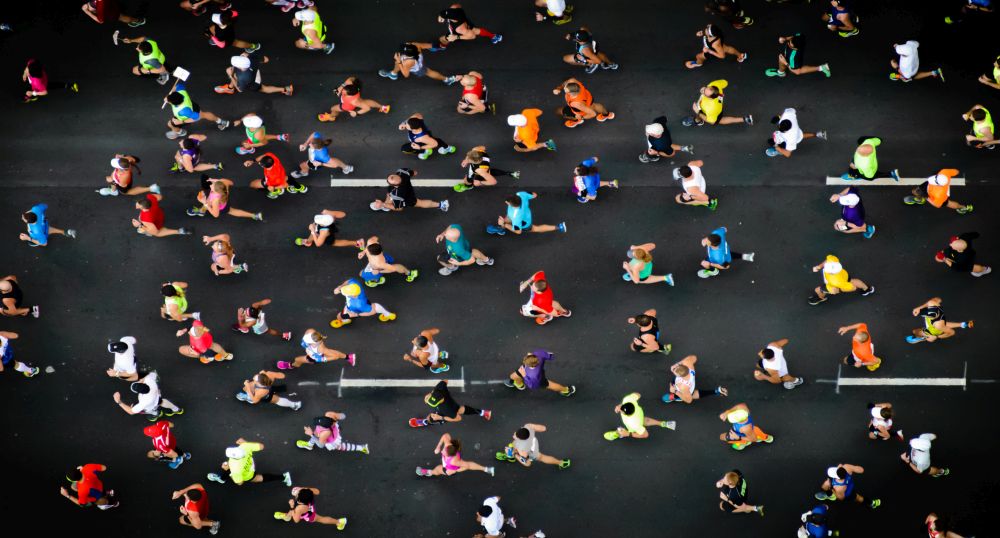 OK, so your goal race went poorly. Despite training through stifling hot conditions and persevering through those tough hill sessions, that fall marathon completely flopped. If your whole season seems to have been a write-off this time around, know that it happens to the best of us. So what do you do when you don’t meet your goals? When taking up running, moments of disappointment are inevitable. We checked in with Waterloo, Ont. sports psychologist Kim Dawson for pointers on dealing with that sour race experience so you can move on.

Take time now to be upset and get it out of your system. Later, you’ll be ready for a comeback. Dawson says that it’s actually healthy to give in to the negative feelings for a little while, rather than stave them off. It’s fine to be disappointed after the big day didn’t go as planned, she explains. “If you’re going to go there, have a really big pity party almost to the point of drama,” she says. “When you get sick of yourself, you’re back on par again.”

RELATED: Stop comparing yourself to others and steer clear of the Instagram phenomenon

Acknowledge that some variables are beyond  your control.

It’s not just about the time. It’s about the heat, the course, your diet and hydration. Some of these are within a runner’s control, others aren’t. When speaking about the race, Dawson suggests putting importance on all of the factors– not just the overall time. For example, instead of saying “I didn’t hit my target time,” say “It was a very hot day, I brought my fitness anyway.” Runners who practice evaluating race day with this explanatory style eventually experience a shift in their thinking for the better.

Don’t let this put an end to future running experiences.

Oftentimes, one bad race can spoil the rest. Don’t let it. It can be tempting to focus on the negative but runners who do so could sabotage their own progress. “That person will miss all these great opportunities in the future,” says Dawson. Sometimes, they stop running altogether.

Be honest about your goals.

Go back and evaluate the race. When doing so, consider what you hoped for going in. Try to figure out why the race was so bad. “It might be the goal itself– it was unrealistic,” says Dawson. When setting goals, consider choosing one that isn’t time-based. Dawson gives examples such as aiming to run farther and faster and have it feel better or maybe setting out to be in the top third of the pack. Or, simply set out to run regularly all season. That’s one that Dawson puts emphasis on. “Regularity and consistency is underrated,” she says.

Not into racing? That doesn’t indicate weakness.

Think outside of the box. Maybe you don’t need a race to motivate you to get in the mileage. If that sounds like you, focus your efforts on other running-related goals next time around. “There are lots of runners in this world who don’t feel the need to compete in races. That’s not weakness, that’s empowerment,” says Dawson. “There are some intrinsically motivated runners who don’t need that on the calendar.” If that speaks to you, she suggests doing your best to ignore the feeling of wanting to follow what the others are doing.