Tomorrow is the Boston Marathon and both the men’s and women’s defending champions are back. Last year’s event saw very difficult conditions which led to a surprise victory on the men’s side for Yuki Kawauchi and a triumphant victory on the women’s side for Des Linden. This year there’s rain, wind and cold in the forecast and we can’t wait for the 123rd Marathon Monday to get underway. 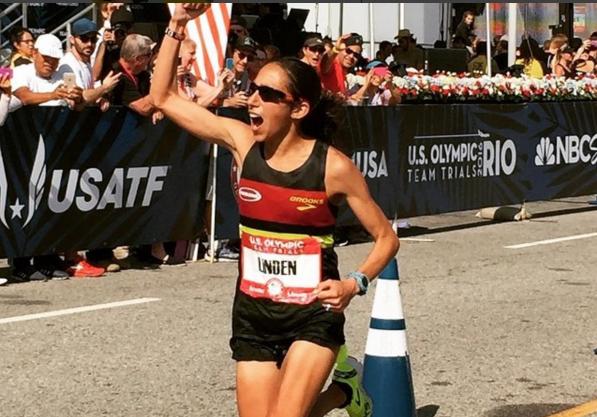 The 2019 event is bringing some serious competitors head-to-head. Monday morning at 9:32 a.m. ET the elite women will start and here are our predictions for the women’s race.

Hasay says she’s healthy and ready to run tomorrow. Her 2:20:57 personal best from Chicago in 2017 makes her a serious contender for a top position, but she hasn’t had quite had the same consistency as some of her competitors due to injury. She pulled out of Boston last minute in 2018 but says she’s in a completely different spot now, which is why she’s our pick for third.

“My attitude is that if you push me towards something that you think is a weakness, then I will turn that perceived weakness into a strength.” – Michael Jordan Had a blast racing @shamrockpdx 15k, winning in 51:32 yesterday and continuing on for my last hard 24 mile long run! 1 month to @bostonmarathon 🏃‍♀️💪 Thanks everyone for the cheers yesterday, it was great to run in such a fun local event ☘️ 📷 credit @thewolfferine @nikerunning @oregonproject #mondaymotivation #shamrockrunpdx

Dibaba hasn’t run races as strong as some of the other women recently, but she also has a strong history at the Boston Marathon, with two top three finishes in the race’s history. With a 2:19:52 personal best and her proven Boston track record, she’s got a chance at the podium.

On paper she’s the fastest woman in the field, and judging by her January race in Dubai where she ran her personal best of 2:17:41, she’s fit. Degefa hasn’t ever raced a marathon course like Boston, but if she can run smart then a win is certainly in the cards.

RELATED: How to watch the 2019 Boston Marathon

The men get underway at 10 a.m. ET. Despite Kawauchi going pro earlier in the year, we don’t really see him as a contender for the top three (but then again, spectators said the same thing last year.)

Cherono is coming in with the fastest personal best, but of the contenders, the least Boston experience. The course is difficult and his lack of experience might give the 2018 Amsterdam winner at a bit of a disadvantage.

Desisa has two Boston wins and a lot of history with the race, but the runner struggled in last year’s conditions. He proved his strength at the 2018 New York City Marathon when he took the title from Shura Kitata in the final metres of the race and narrowly missed the course record.

Kirui ran such a strong race at Boston in 2018 until the final two miles when he began to fall apart. No matter the conditions, Kirui has learned his lesson from last year’s race and will likely be able to pace himself accordingly this year. After such a gutsy run in 2018 for second place, it would be great to see Kirui take home the win in 2019.