The Wings for Life Run is an annual event that has been held worldwide since 2014. The event has organized races around the world, but with the Wings for Life app, anyone can join the event from any location. This year, all runners using the app in Canada will be a part of #teamCoast2Coast, which is trying to cumulatively cover 5,500 kilometres, or the distance between the Atlantic and Pacific oceans.

This will be the third year that #teamCoast2Coast has aimed for this goal of 5,500 kilometres run, and the team is confident that, with the help of runners across the country, they can reach that milestone on race day, May 3. The team was started by two recovered quadriplegics, Mike Shaw and Jim Mullan.

Mullan, a musician who works closely with Canadian rapper Classified, was on tour in 2016 when he broke his neck in a pool accident. While in rehab, he was introduced to Shaw, who had already recovered from a broken neck after a skiing accident.

“[Shaw] basically became my mentor through the whole spinal cord injury recovery process,” Mullan says. Shaw was proof that recovery was possible, and he gave Mullan the motivation he needed to push forward in his recovery. The two men spoke often, Mullan in Halifax and Shaw in Vancouver. One day, the Wings for Life World Run was brought up.

“Mike and I were talking on the phone and I said, ‘How cool would it be if we could get enough people to run that collectively we could span the distance coast to coast in Canada?'” Mullan says. “It was just an idea to kind of bring the two of us together, but also the [spinal cord injury] community across the country. It was a healthy challenge to get more people involved in Wings for Life, and it would help raise awareness for spinal cord injuries.”

#teamCoast2Coast was founded, running for the first time in the 2018 World Run. The team failed to reach the 5,500-kilometre goal in 2018, and in 2019 they were agonizingly close, but this year they believe they can reach and surpass that benchmark. 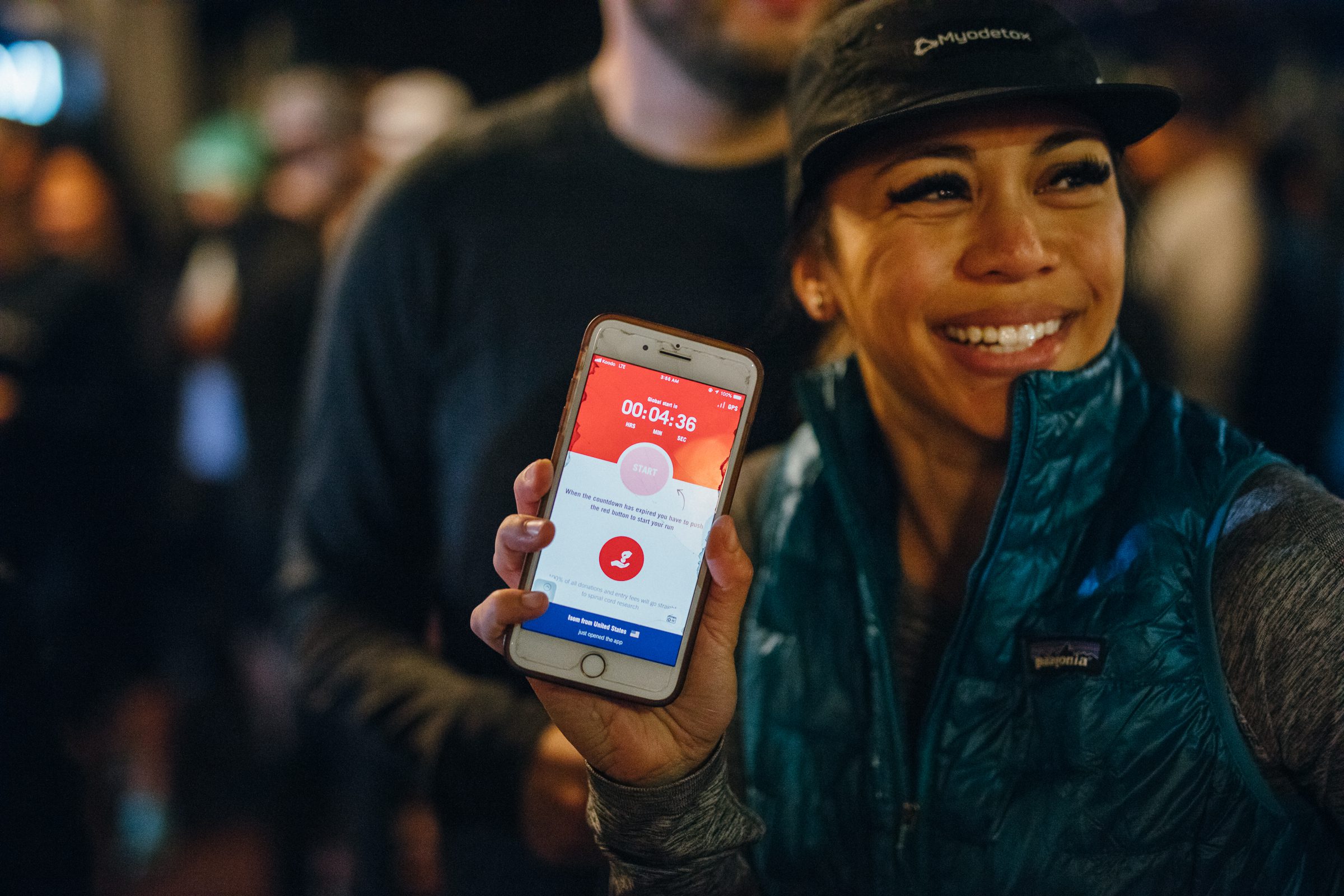 Josh Dueck, a Paralympic skier and three-time medallist in slalom sitting, is also a member of #teamCoast2Coast. Like Shaw, Dueck injured himself skiing. He has been to every Wings for Life run since the event’s inception, first in Saskatoon, then Niagara, Vancouver and, last year, in his hometown of Vernon, B.C., a new location that he brought to the World Run lineup.

“I’m pretty honoured to be the team captain for the Okanagan portion of the Coast 2 Coast run,” Dueck says. “I’m confident that we can [reach the goal] this year.”

Any Canadian can join #teamCoast2Coast. Simply download the app, sign up for the run and as long as you’re running in Canada, your kilometres run will be added to the total #teamCoast2Coast tally.

RELATED: One man’s comeback from near-death shows how vital the Wings for Life World Run really is

All of the proceeds raised by Canadians go to funding spinal cord research studies, specifically in Canada. So far, Wings for Life has funded 36 studies in Canada alone.