This will mark Gidey’s first time stepping up to the half-marathon distance, as the experienced long-distance track runner is known for using her exceptional endurance to wear down the field. 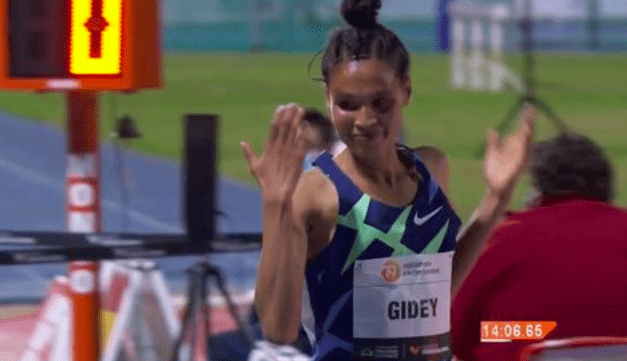 In addition to her world records, Gidey has the world’s best time over 15 km on the road, running a jaw-dropping 44:20 last fall in Nijmegen, Netherlands. If she can hold her 15K pace for six more kilometres, she will crush Ruth Chepngetich’s half-marathon world record of 1:04:02 by a minute and a half.

On the men’s side, the Valencia Half Marathon is stacked with high-level competition. Kenya’s Rhonex Kipruto is returning after running the second-fastest half marathon ever in 2020 (57:49). He also holds the 10K road world record at 26:24. Also in the race is Ethiopian Muktar Edris, a double world champion in the 5,000m who ran a 59:04 in his half-marathon debut.

RELATED: What makes a marathoner?

The men’s half-marathon world record has been broken twice in Valencia over the past two years. The depth of the women’s and men’s fields are certain to threaten the record books this Oct. 24.