A little teaser of this year’s #CNTowerClimb t-shirts. Any guesses on what they say?

As soon as I walked into the World Wildlife Fund’s CN Tower Climb expo, I was greeted by a giant panda mascot. This, I admit, is a first for me at a race expo, which are generally characterized by jittery runners trying to, for the most part, stay off their feet the day before the race. At your average race expo, everyone speaks a language of PBs and BQs, there are chopped up energy bars and samples of the latest electrolyte drink around every corner and you’d be hard pressed to find a person without a Nike swoosh somewhere on their body. 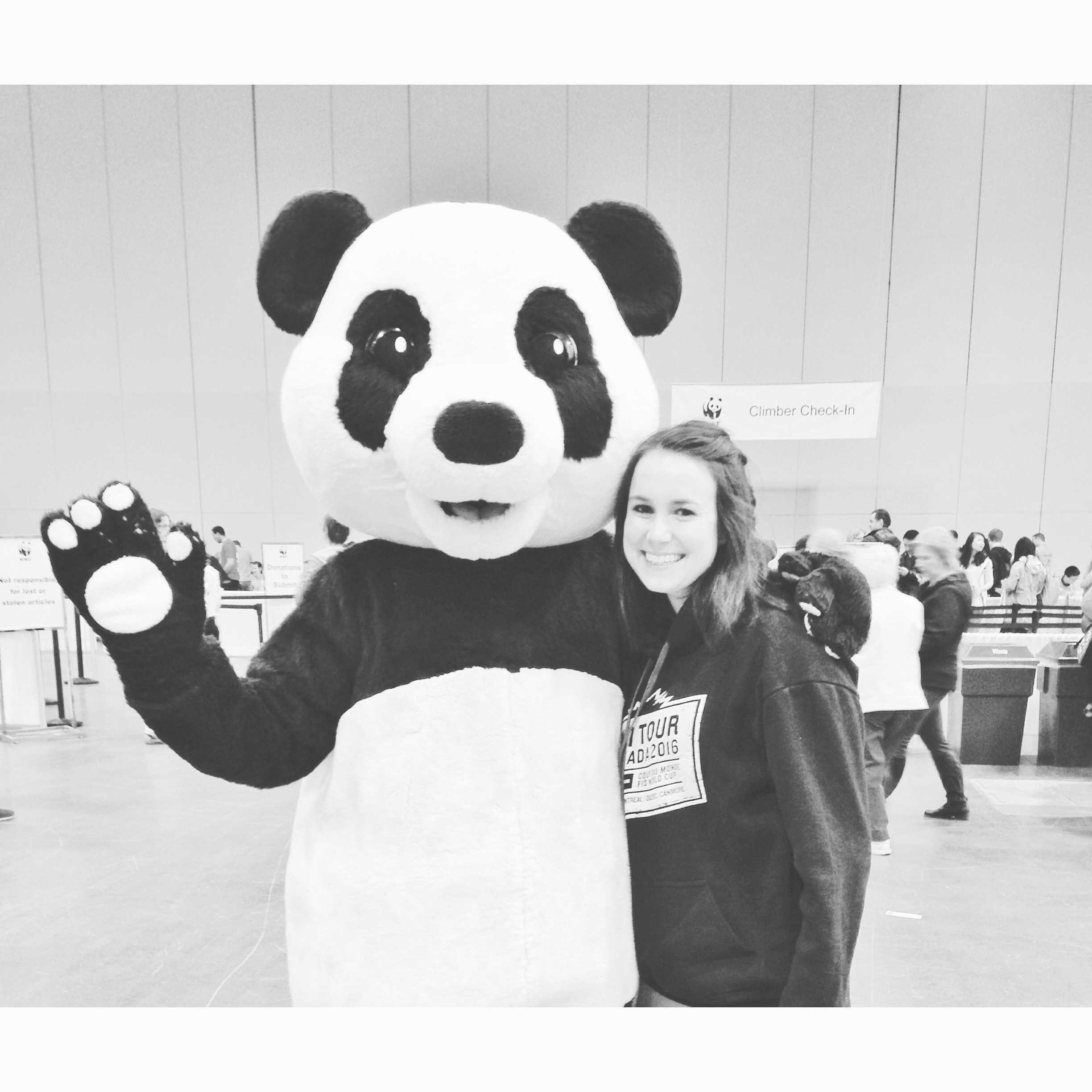 The WWF Climb expo is a bit different. There are children galore, temporary tattoo stations, a tent where you can try a energy bar made from cricket flour and instead of asking for someone’s time, you can simply look at the back of their “We are all wildlife” shirt to see how long it took them to trek to the top of the CN tower. Rather than a race medal, you can pick up a stuffed animal of a species that your funds will go to protect on your way out (I chose an orca, thanks for asking). That’s another unique thing about the WWF climb—there isn’t really a registration fee. Participants are asked to raise $100.00 in donations to support their climb; all of these proceeds then go directly to WWF. 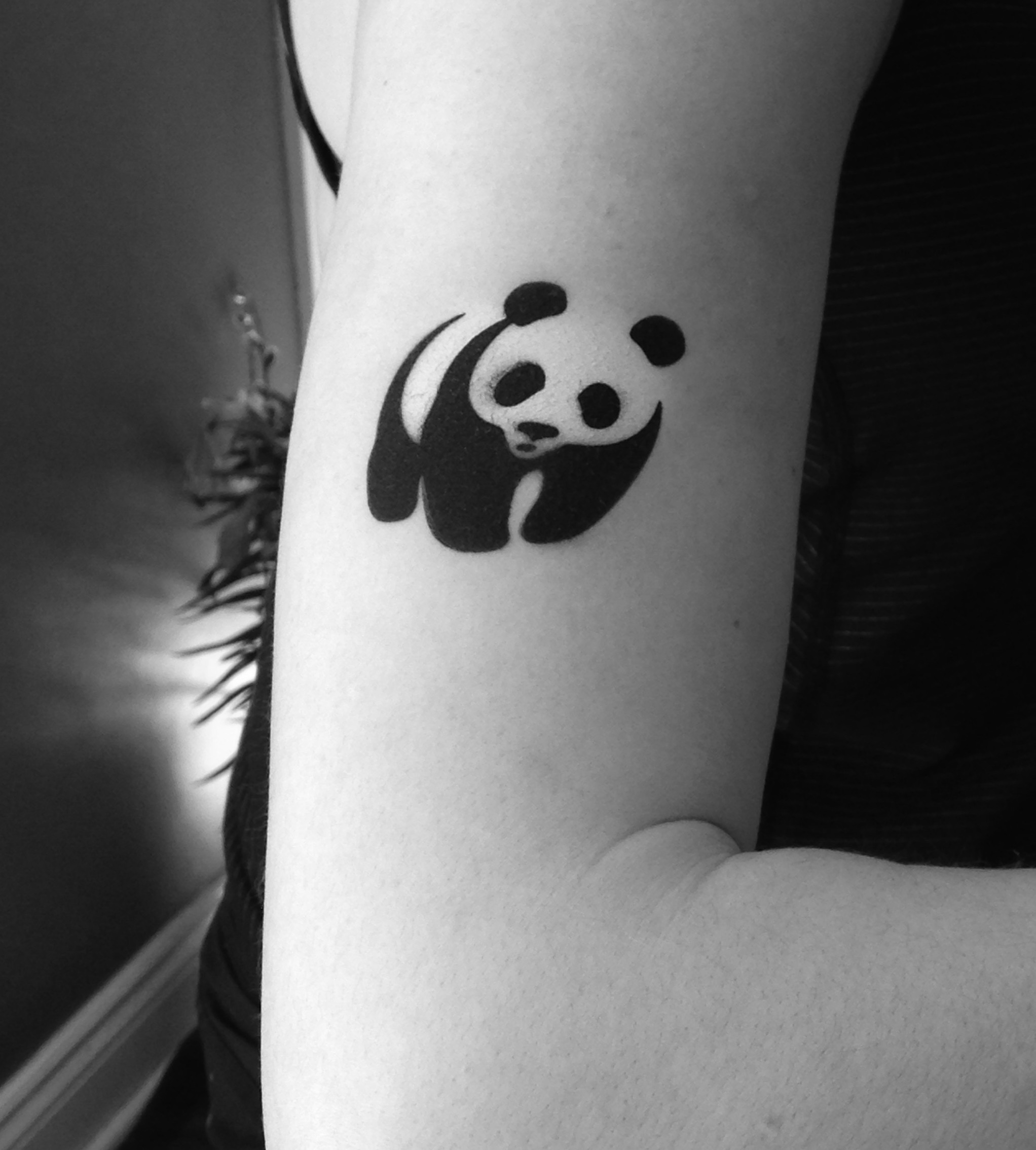 I didn’t know what to expect when it came to the actual stair-climbing part of the day. I’ve done road races galore, countless cross-country meets and been around a track once or twice, but stair-climbing was lacking from my running-resume. The CN tower has 1176 stairs, that’s 144 flights. According to WWF, the average person takes around 30 minutes to complete the climb. The record for the fastest ascent was set in 1989 by Brendan Keenoy, an OPP officer, who climbed to the observation deck in a mere 7 minutes and 52 seconds.

Like any fitness-freak hopped up on her morning coffee, I started out too fast. After bounding up about 10 flights of stairs, I realized that pace was completely unsustainable for another 134 flights. I slowed down to a more moderate pace and remembered the advice that several veteran climbs had given me in the line-up to start—use the handrail to your advantage.

The walls of the concrete stairwells were lined with drawings from elementary school kids from all over the GTA. Unlike the signs one sees on the side of most road races (you know, that person that thinks it’s funny to wave an “almost there!” sign at K 5 of a half-marathon), these were mostly completely sincere. There was a friendly paramedic every few floors, cheering on climbers and reminding them that breaks are okay. I heard one climber ask a paramedic if she’d climbed all the way up carrying her giant first aid pack…she admitted to having taken the elevator.

By flight 90, my calves were talking to me, saying something along the lines of “we prefer regular running” and “can you tell your arms to pull harder?” After that, I stopped looking at the number at the top of each set of stairs and focused on making my “excuse me!” refrain sound as friendly as possible while breathing heavily. While the climb is not a mass start (which would be impossible given the size of the stairwell and number of participants), things still did get a bit backed up at some points.

This weekend, thousands of climbers will help make our planet great ?#CNTowerClimb

At flight 120 or so, I caught a second wind akin to the final 5K push of a road race. I punched my time card at the top after 16 minutes and 46 seconds of ascent, walking out onto the observation deck with my heart still beating rapidly. I soon realized that leaning over the edge at 356m up wasn’t helping to slow it down.

I shared a somewhat sweaty elevator ride down with a few of my fellow climbers, awe-struck that the distance I’d just climbed up with such effort could be so smoothly descended in complete comfort. When I got back to the expo at the Metro Toronto Convention Centre, announcers on stage were notifying the crowd that over a million dollars had already been raised that morning and the climb was not yet over. WWF’s goal was to reach 1.2 million—that’s approximately $676.00 per stair on the way up to the top.

For runners looking to try working some different muscles, participate with kids or raise money for a great cause, the WWF CN Tower Climb for Nature is a must-do. I’d recommend doing some practice stairs in advance though…only time will tell if I’ll be able to use my legs tomorrow.