IT band syndrome, shin splints, calf pain and knee aches. Sound familiar? Body breakdowns are a common occurrence among runners that can sideline you from training for days, if not weeks.

Reebok master trainer Nathan Helming knows those injuries well as a multiple-time Boston Marathon finisher who battled lower leg issues during high school and into college. Helming caught the marathon bug in 2004 while attending Boston College and later moved to the west coast where he now coaches accomplished endurance athletes of varying abilities.

“One of the biggest breakdowns in running is its limited range of motion.”

When reminiscing on past injuries, Helming notes that importance of the micro and macro reasons for injuries, or in other words, looking at the “big picture.” Below, the accomplished runner and triathlete offers his advice both in terms of lifestyle shifts, preventative measures and recovery for injury-free running. 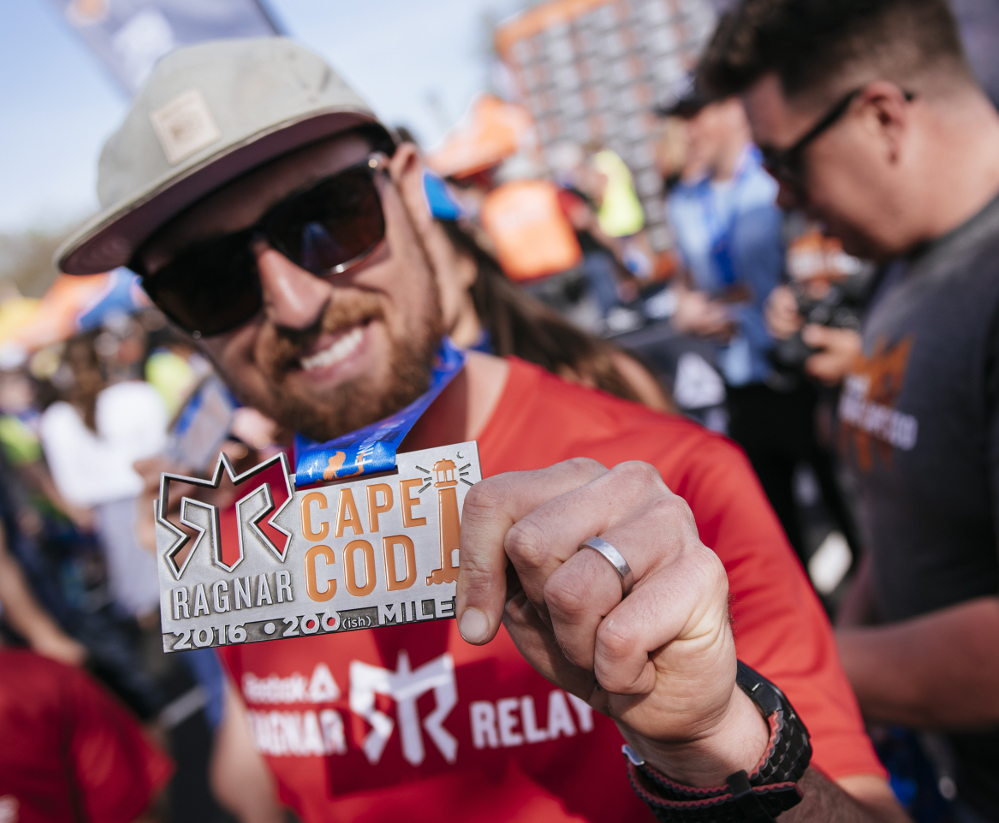 Think of running high mileage as a privilege, not a right.

Helming notes that running higher mileage needs to be earned in the sense that runners need to do the necessary secondary work to be able to make running mileage sustainable. Added mileage comes with added reward but also added risk. Dealing with those risks with strength training is one aspect of staying injury-free. Learning to read the signs of the early stages of an injury is key.

“You need to do everything to support training at your current running level.”

The Reebok master trainer notes that there are four simple exercises that can be included in one’s running routine. The exercises include burpees, pushups, lunges and squats. Most, if not all, of these exercises can be done with minimal equipment, with a friend and can be done pretty much anywhere. The combination of the four exercises addresses muscle groups, not only in the legs, but the generally-neglected upper body.

Pre-run warmups, and post-run cool downs, which can take as little as 5 to 10 minutes, are also recommended. Those, which aim to increase range of motion, can be as simple as leg swings, dynamic stretching and loosening up various muscle groups.

Strength training has to combat everyday wear and tear.

Not only does a runner’s strength and range of motion help during training itself, it can also help improve posture if you’re sitting for long periods of time. Focusing on overall strength in terms of lifestyle rather than just “run-specific training,” as Helming refers to it as, can help combat injuries away from the trails, roads and the track. Recovery while incorporating strength exercises is equally important in the form of sleep.

“If you’re human and you have legs, you should be couch stretching every day,” Helming says referring to the habit of increasing one’s range of motion as a form of multi-tasking. He adds that light stretching should be done with warmer muscles, preferably later in the day. If that’s not possible, Helming recommends foam rolling after a run focusing on “hot spot” areas to help kick-start recovery and encourage blood flow to targeted areas. For recovery purposes, Helming adds that there is a hormonal component of strength training in that it releases certain hormones.

Don’t wait until it’s too late and injuries hit. “You can’t uncrash a car.”

Typically, when an injury surfaces, there may be other body parts that compensate, which in turn creates more problems. Helming says that injuries “never come out of nowhere” so being honest with yourself and recognizing and working on imbalances will help combat sideline-inducing injuries. “My job as a coach is to empower them to have that conversation,” Helming says.

Just note that rest and recovery can only take one so far, however, if mechanics are poor because of muscle imbalances. “Address the muscles that aren’t firing,” he says. “We can’t just wait until something is wrong.”