On November 7 at the L.A. Marathon, Toronto-based runner Bridget Burns set the record for the fastest marathon dressed as Michael Jackson. This brings her total number of Guinness World Records up to seven since she set her first one dressed as a boxer in 2014. 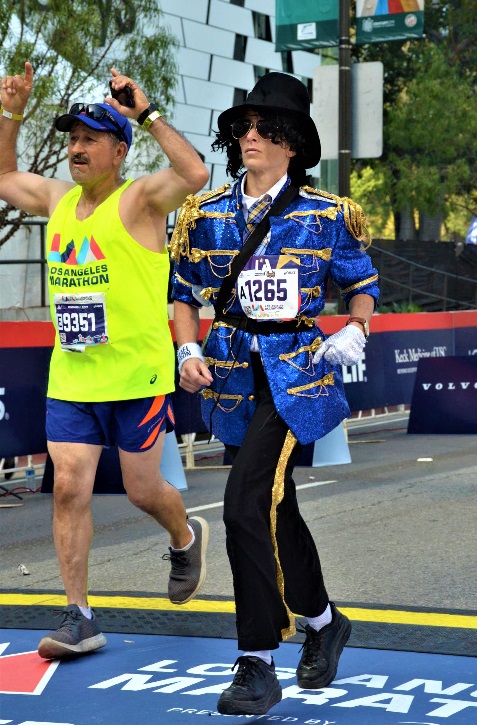 Burns was introduced to costume running when she was an extra in a Nike commercial, where she saw someone running in a banana outfit in her hometown of London, Ont. Costume running hadn’t really taken off in London, but when she moved to Toronto she began to see more people dressing up at local road races, including Canada’s joggling sensation and multiple Guinness World Record-holder, Michal Kapral. “I was inspired by him,” she says.

Burns chooses her costumes based on what interests her, and it was her love of the Rocky movies that inspired her to dress up as a boxer for her first record attempt at the 2014 GoodLife Fitness Toronto Marathon, which she ran in 3:52:27. She also has an interest in exotic animals and zoos (she has three parrots of her own and one domesticated pigeon), so for her second record, she dressed as a zookeeper at the Scotiabank Toronto Waterfront Marathon later that year in October, where she ran 4:08:17. 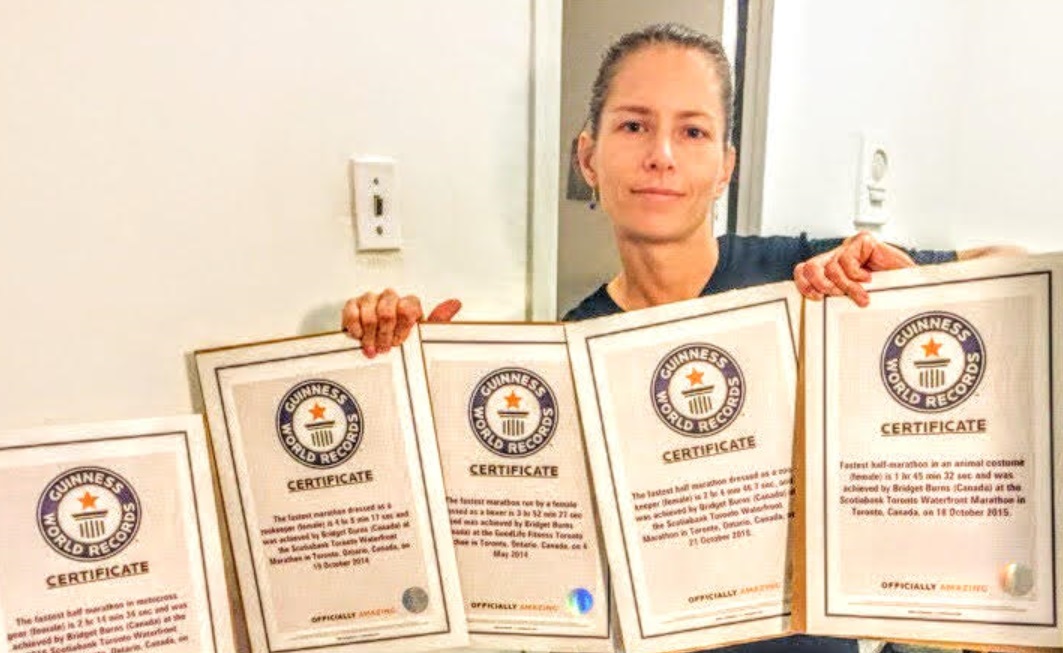 A record-setting run in L.A.

“Over the summer I downloaded some Michael Jackson on my iPod, and wondered if anyone had set a record in that,” says Burns. She found out that one person had done it before but no entry to the Guinness World Record was conducted, so she decided to give it a shot.

Her attempt was successful, bringing her total up to seven, but this one had a few more challenges on the way. Burns battled a bad case of bursitis in her knees for two months before the race, requiring her to take Prednisone for two weeks to decrease inflammation to allow her to run. Prior to the marathon, she worked five night shifts in a row (Burns works the night shift at the Etobicoke HomeSense so she can train during the day and be home with her 10-year-old daughter), went immediately to the airport and took a seven-hour flight to Los Angeles.

Aside from her costume, she packed only a couple of pairs of socks and underwear, her toothbrush and a map and travel book about the city. Despite her knee issues, she still managed to finish the race in 5:07:18 and set the record for the fastest marathon dressed as Michael Jackson. 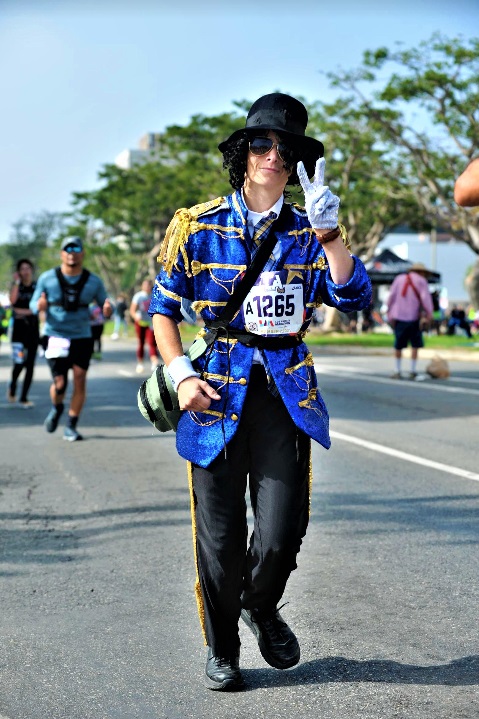 More records on the horizon

For her next Guinness World Record attempt, Burns has her eyes on the 2022 Philadelphia Half Marathon, where, fittingly, she’ll be running dressed as Rocky Balboa. If the Scotiabank Toronto Waterfront Marathon is bringing the GWR program back again, she says she’ll likely do something for that as well, but she hasn’t decided which record she’ll attempt yet.

In the meantime, keep your eyes open for Burns at your next road race, because you never know — she may go running by as your favourite film character.