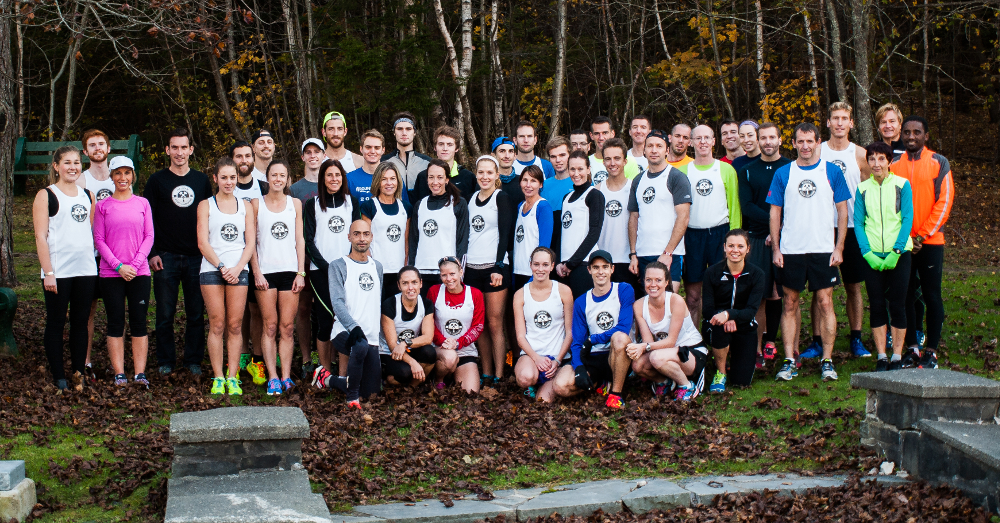 Every year, Canadian Running names its Golden Shoe Awards. After a national reader’s survey and round-table conversations with CR‘s regular contributors and experts, we recognize the best and most essential runners, races, clubs and places in the country.

When Lee McCarron was approached by a group of Halifax’s top road runners to take over after the passing of legendary coach Cliff Matthews little did he know he was about to embark on a life-changing experience.

In July 2015, four months after coach Matthews suffered a fatal heart attack while in Kenya training with one of the country’s top masters runners, Denise Robson, 10 of his runners reached out to McCarron in hopes of filling the void left by their beloved coach.

“They had gone through some options, like online coaching, or having someone within the group leading it,” said McCarron. “The main thing they wanted was to keep that core group together.”

McCarron, who was in his fourth year as assistant coach with the Dalhousie University cross-country team, sat down with a couple of Matthew’s former athletes and talked through the potential opportunity. It didn’t take long for McCarron to sign on.

“I knew I could take on 10 and thought I could meet their needs,” said McCarron. He kept the schedule Matthews had established – meeting Wednesdays and Saturdays – and away they went.

McCarron’s approach to coaching has consistently been to put the athlete’s focus on the process rather than the results, and he brought this attitude to his new group of athletes.

“PB’s aren’t everything, it’s about enjoying the process and I think that what I’ve really been able to focus on that with the group,” said McCarron. “Success will come if you’re able to enjoy it and have fun, instead of stressing over the little things.”

And indeed, success has come. Since embarking on this new challenge McCarron’s athletes, who have adopted the Road Hammers as their official name, have been lighting up the Atlantic Canada road racing scene. “Almost everyone within the group has set at least one PB over the last year, and many have run PB’s almost each time they race,” explained McCarron.

The Road Hammers’ success on the roads has caught the attention of the local running scene and beyond. McCarron has been bombarded with requests from runners to join the club, and he’s welcomed more than 50 runners on board over the past year who have met their standard times.

“When I took on 10 athletes last year, I didn’t think we’d ever be able to balloon to where we are now, which is more than 60 members – with interest weekly,” said McCarron. The overwhelming response to the club, and its success proved enough for McCarron to make a major shift in his life. This past September he left his assistant coaching position at Dalhousie to focus on the Road Hammers.

“I enjoyed every minute of it [at Dalhousie], but I just can’t coach every night of the week,” said McCarron. “I stepped away in order to be able to grow the Road Hammers the way I’d like.”

As McCarron continues to build his club, he remains humble and very much aware of the spirit in which the Road Hammers was founded.

“Leading Cliff’s runners is an honour, they had such a special group within the city, and Cliff was amazing to all of them,” explained McCarron. “He built a great legacy within the community, and I’m grateful to be able to continue that.”