When you stand on the sidelines of a road race, you’ll see runners of all shapes and sizes with different strides, postures and arm carriage. No two runners are going to look the same, even among the elites at the front. Over the years we’ve tried to define exactly what proper running form looks like, but we’ve been unsuccessful because the truth is, there is no such thing as perfect form. Newer wisdom suggests runners should move in a way that’s comfortable because their bodies will naturally run in a way that’s most efficient for them. Still, there are a few mistakes runners should watch out for if they want to improve efficiency and reduce their risk of injury. 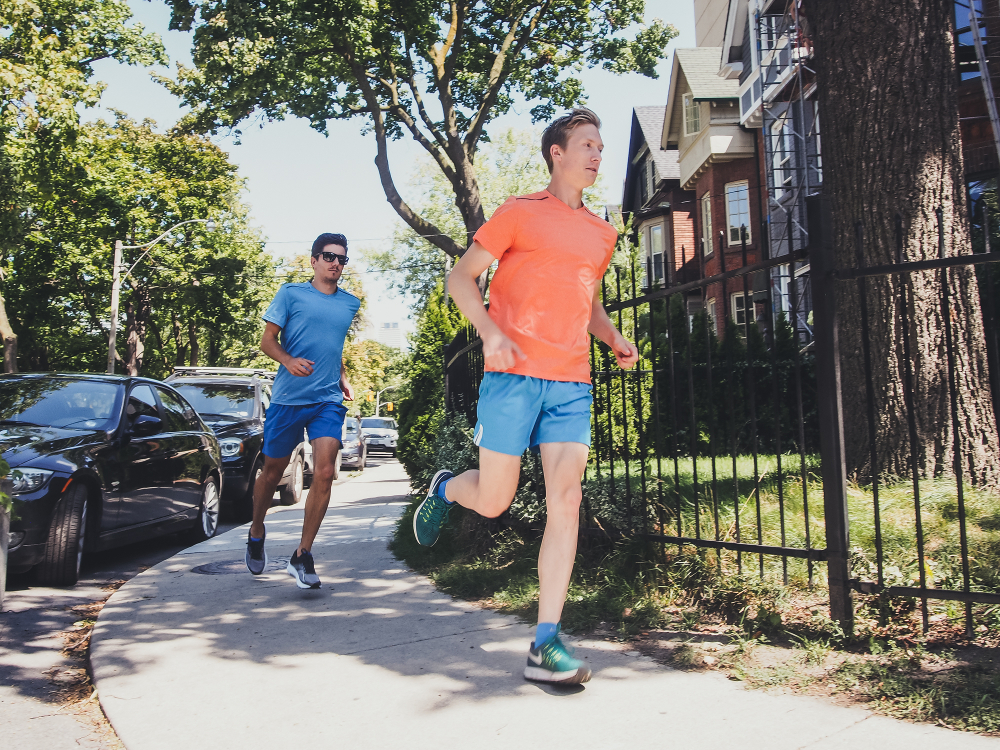 RELATED: There’s no quick fix to improving your running form

Before we dive in, it’s important to recognize that even some running form “mistakes” serve a purpose under the right circumstances, and if you feel like you’re fighting your body, you’re likely making your efficiency worse, not better.

Generally speaking, the most efficient way to run is when your head, shoulders and hips are stacked on top of each other with a slight lean forward. Imagine you can draw a fairly straight diagonal line from your head to your hips, and even down to your back foot when you’re in full stride. As Jae Gruenke of the Balanced Runner says, the main reason for this is because it reduces your body’s surface area, which in turn reduces air resistance, or drag. One instance when standing upright is beneficial is when there’s a tailwind. “Basically, you make your body a sail,” says Gruenke. 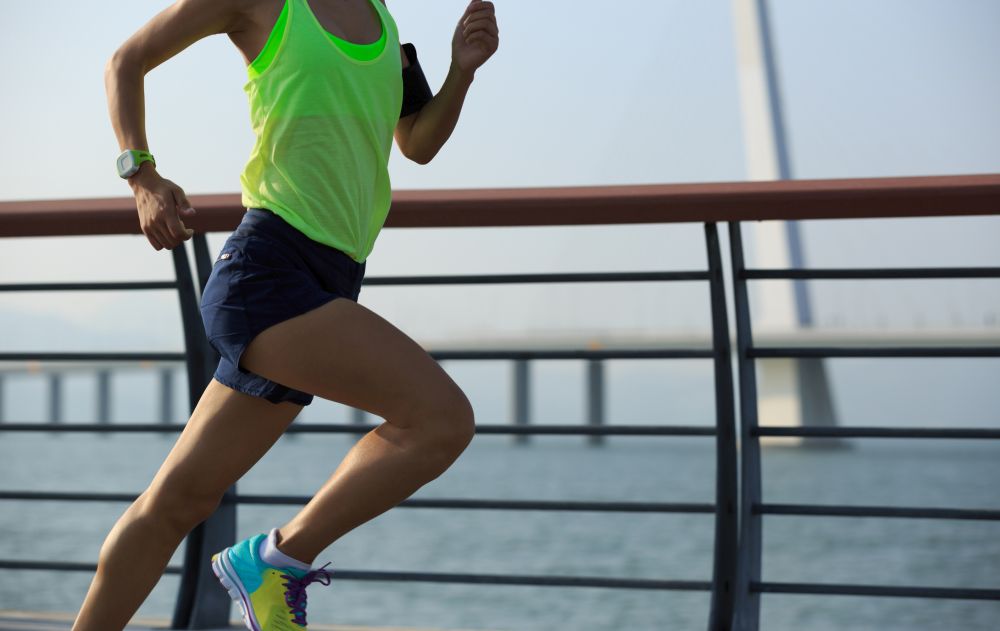 Your foot should always land slightly in front of you when you run, but the important thing is exactly how much. As you run faster your stride will get longer, so the key is to “overstride” in the right amount. You’ll know you’re doing this if your foot is directly under your hip joint when you’re mid-stride. If you’re over-striding, it’s likely because you have tight hip flexors or calves (or both), and fixing those issues will solve the problem naturally.

If your shoulders are often achy and tight during or after your runs, you’re probably hunching forward. This is usually because you’re flexing your spine (a.k.a. rounding your upper back), which is often caused by poor core action while you’re running. Core action is the twisting action of your torso when your pelvis and upper body turn opposite each other, as well as side-to-side. Many runners try to prevent this movement, but it’s actually natural, and allowing it to happen will help prevent your rounded spine, which will in turn keep your shoulders from hunching forward. 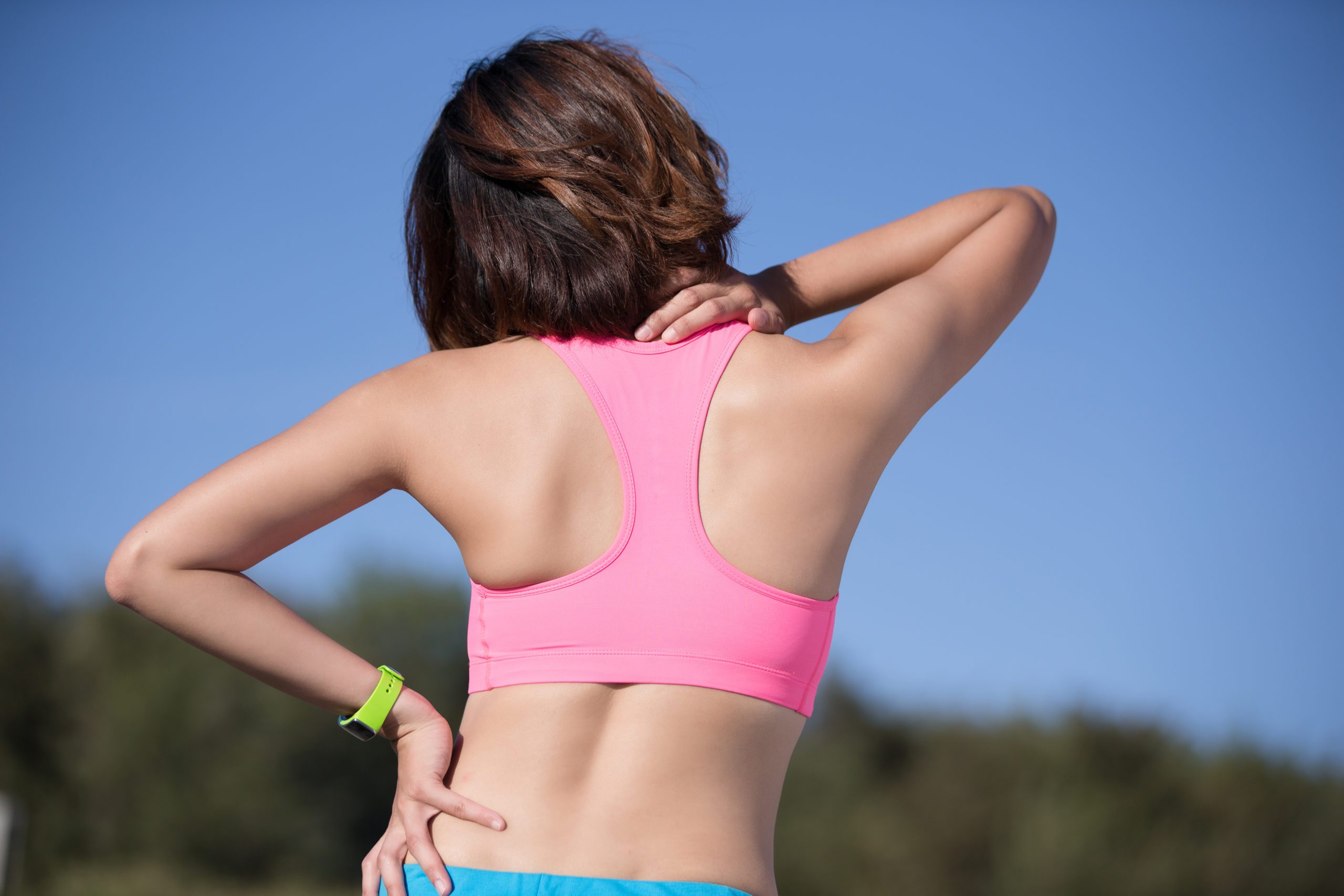 Your head should be stacked above your neck and shoulders. When it’s sticking out in front, it puts a tonne of strain on your neck muscles and joints, which will make running pretty uncomfortable really quickly. This goes hand-in-hand with hunched shoulders, and working on your core action will help this as well. Additionally, you can try looking a few feet in front of you, which will keep your chin more level and your head in the right place.

RELATED: What not to focus on when fixing your form

Your form is likely not perfect — no one else’s is, either! While you can (and should!) continue to work on fixing muscle imbalances and tight areas that are affecting your form, you should never create tension in the pursuit of perfection. Running is a natural human movement and so it should feel that way, too. Always try to work with your body to improve, not against it.