The spring racing season is around the corner, and if you conquered your first 5K last fall, you may be thinking of bumping up to the double digits in the coming months. As they say, if you can run 5K, you can run 10, but that doesn’t mean you shouldn’t train for it. Follow these steps over the next several weeks to ensure you’re ready to nail your first 10K.

Jumping from the 5K to the 10K means you will have to run more in your training, but it’s important to increase the amount you’re running slowly and thoughtfully. Suddenly doubling your mileage will likely result in injuries.

The general rule for increasing mileage is no more than 10 per cent per week, so use this as your starting point and adjust from there. For example, if you were previously running 5K, three times per week (15 km total), you should start by adding another 1.5 to two kilometres to your weekly total. Many runners will be able to add more mileage than this, but this is a good place to start, especially if you’re a beginner. We don’t recommend adding more than 5 km to your weekly total right off the top.

As your mileage totals get bigger, you may also want to consider adding another day of running into your schedule. Four to five days per week of training is a good amount for a 10K.

When you’re increasing your mileage, you don’t have to spread it evenly across the week. In fact, you shouldn’t. An easy (and effective) way to add volume is by choosing one day of the week to be your long-run day. To use the example from above, you could add one or two kilometres to one of your weekly runs, so two days in the week, you’re running 5K, and one day you’re running six or seven.

The long run is your opportunity every week to prepare yourself to cover the race distance, which is the most important consideration for most runners when tackling their first 10K. Your other two runs are for building fitness, and varying your pace (see more on that below). 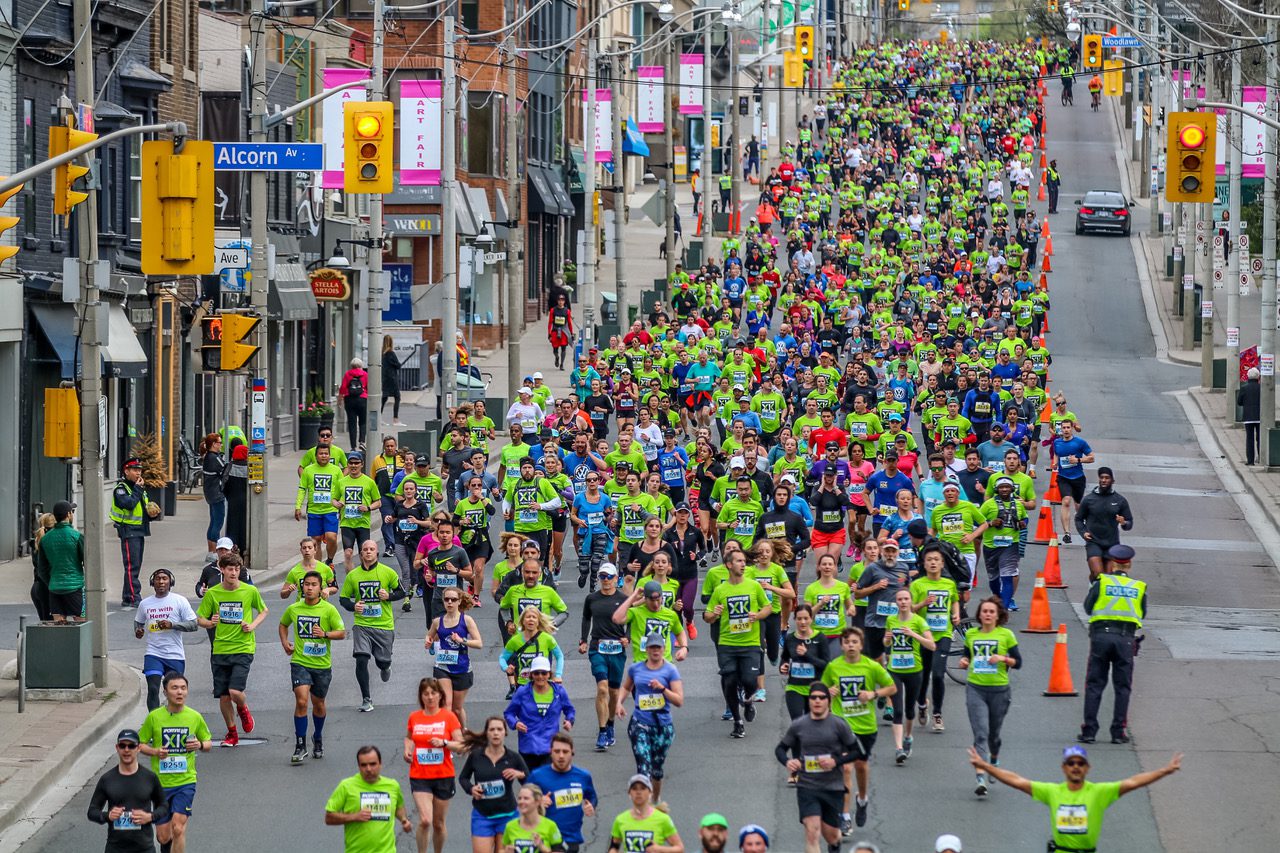 If you’re a beginner runner who’s never done speedwork, now isn’t the time to start doing lung-burning, gut-busting track sessions, but adding a bit of faster running into your program can help build up some strength that will prepare you for the 10K distance.

If you’re building up your mileage for the first time, you should be careful about adding too many other stressors to your body all at once. For this reason, the speedwork you do should focus on short, fast strides that get you moving quickly without causing too much fatigue.

For example, try adding four to six 30-second strides or short hill repeats after one or two of your runs each week. This will introduce some speed to your legs and build up strength without stressing your body out too much as it adapts to your higher weekly mileage totals.

Step 4: give yourself some time

This, perhaps, should really be step one. It’s important to go slowly when you’re increasing your weekly mileage to give your body time to adapt. Ideally, you should build your mileage up steadily for four weeks, then drop your volume down for one week to give your body an opportunity to absorb your training before bumping back up again.

If you’re coming from the 5K distance, the best-case scenario for preparing for a 10K is a 10-week training block. This allows you to build your mileage for four weeks, take a one-week taper, build it again for another 4 weeks, then take another taper week ahead of your goal race.