Twelve weeks ahead of the Hamilton Marathon Road2Hope, Adam Hortian, 32, began the buildup for a distance that he had not raced during his nearly 20-year running career. The Kitchener, Ont.-based athlete admits he had a less-than-ideal buildup to run a fast time, averaging 70-80K per week. Still, he ran 2:29:55.

RELATED: UPDATED: MarathonGuide.com ranks races where runners “are most likely to qualify” for Boston.

“I’m hooked,” he says. “I can’t believe how amazing of an experience the marathon was.”

The coach and full-time massage therapy student, who says a 20-week build of 150-160K per week would have been optimal, was on 2:24 pace until 35K. He slowed to mid-4:30 per kilometre pace for parts of the final 7.2K yet still finished first overall at Road2Hope. The event is considered one of the fastest qualifying courses for the Boston Marathon and is ranked first in Canada in 2016 in terms of where runners “are most likely” to qualify for Boston.

Hamilton Marathon Road2Hope is a point-to-point race from Stoney Creek, Ont. to downtown Hamilton. During a downhill portion of the race, between 23-26K, Hortian ran 3:17, 3:10, 3:15 and 3:17 consecutively, as per his Strava account, which translates to roughly 2:16:25 marathon pace.

“Looking back on it, 34K was where I physically dropped off,” he says. “Before that, at 32K, fatigue started entering my mind. I could feel something was changing in that 2K window. When the actual fatigue hit, it was a shock. The body said no more. It became an emotional battle but to keep going, I thought back to my original goal and thought about how far I had come in the race.” 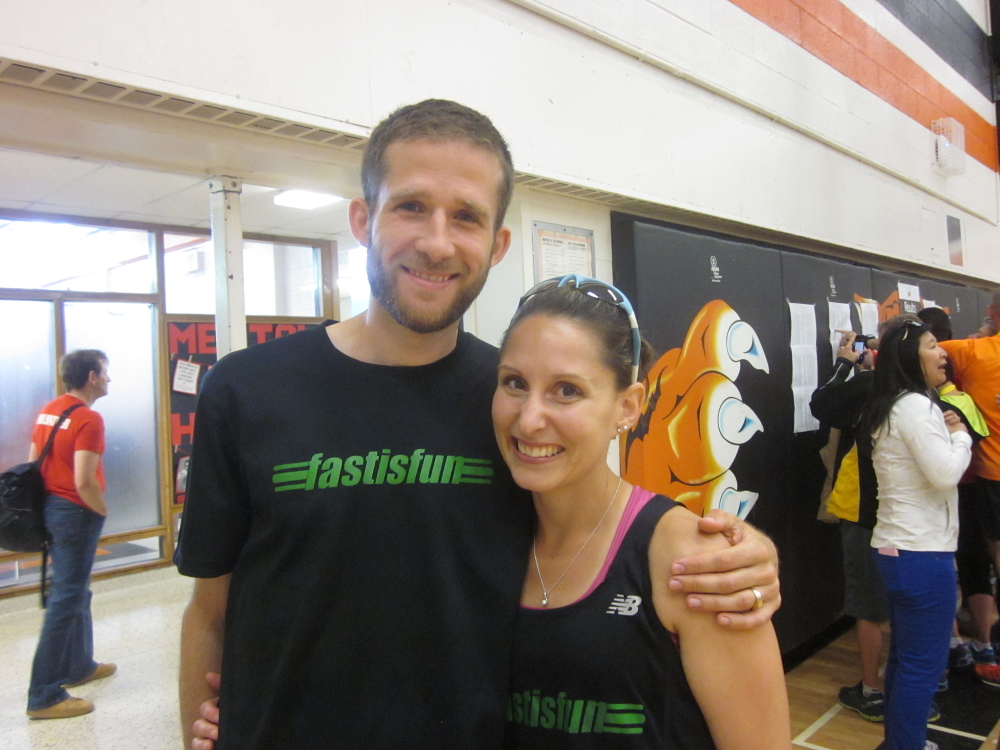 Though the buildup for the race wasn’t as long as Hortian would have liked, he had 18 years of training background to lay the aerobic foundation. The six-time national team member was an accomplished high school runner with multiple OFSAA victories and went on to run for Iona College in New York. He’s run as fast as 14:09 for 5K and 1:06:34 for the half-marathon.

For the marathon buildup, he says that nailing the long run, as far as 40K, was key and instilled a sense of confidence in his ability to complete the marathon. His goal for the marathon was to finish, first and foremost.

“This was out of character for me,” he says when speaking of his training schedule. “I’m the kind of individual who wants to get in the preparation.”

Because of his schedule as a full-time student at the Canadian College of Massage and Hydrotherapy as well as being a coach, Hortian takes Thursdays off and focuses on “fast finish” long runs and tempo workouts. As a coach, he recognizes that his build may not be the norm. “Do as I say, not as I do,” he says. Hortian adds that he takes into account lifestyle, availability and training background in terms of his own coaching philosophy.

On course, Hortian’s wife Stephaney biked between aid stations and offered him fuel as the race did not have elite bottles. A Kenyan and Ethiopian took off from the gun and were surging for the first 5K to test Hortian’s fitness. The 32-year-old would soon be on his own as he focused on his own race and pulled away. It would be a solo effort for the remainder of the race as he won by more than five minutes, slowing only in the latter stages of the race.

The next time around, Hortian will be focusing more on the buildup though he was “okay with not being 110 per cent prepared.” Despite being in the sport for almost two decades, Hortian says that he loves running more now than ever. “I do it for different reasons now, it’s more about the feeling of running. I took a year off a couple of years back to see who I was away from the sport. That added some clarity.”

Fortunately, as a massage therapy student, he’s had the advantage of getting daily flushes in an effort to speed recovery since last Sunday. Once he’s done at school, Hortian says that he plans on attempting another marathon, perhaps a major like Chicago or a local race like the Scotiabank Toronto Waterfront Marathon.