The latest print issue of Canadian Running Magazine is available now, and it features yet another strength routine from Newfoundland’s Jon-Erik Kawamoto. As he has done with past issues, Kawamoto produced a video of the routine as well, so you can see exactly how each exercise is performed. Try this workout for yourself, and be sure to check newsstands for the March and April issue of Canadian Running to find Kawamoto’s article and more.


As Kawamoto says in his video, he stuck with an at-home routine once again since many people across the country are still reluctant to return to the gym due to the pandemic. While Kawamoto has a home gym, he knows that’s not the case for everyone, so he kept it simple with next to no equipment.

All you will need for this workout is a resistance band and something stable to act as an anchor. Kawamoto suggests using the base of a bed frame, the leg of a table or a doorknob. “Just make sure that it’s really stable and you know for sure that it’s not going to snap off,” he says.

This routine features five exercises that Kawamoto says will “challenge your running-specific muscles,” and he recommends performing three to five sets once or twice a week. 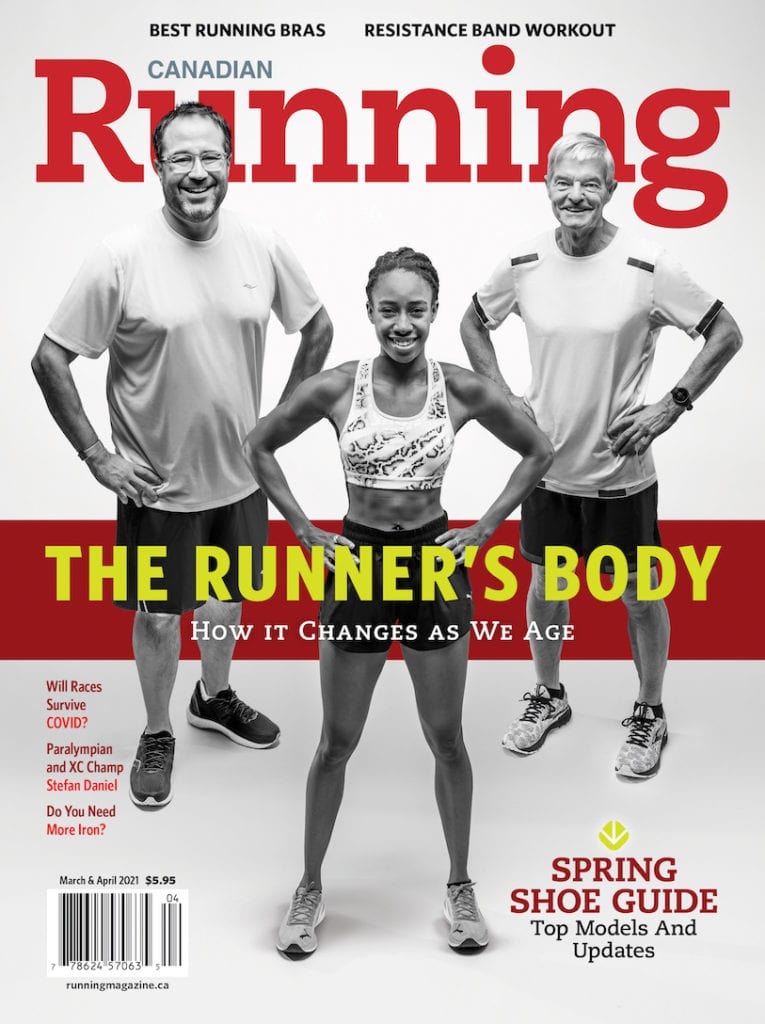 As Kawamoto has said in previous issues of Canadian Running, strength training is extremely important for runners, and it goes a long way in preventing injuries. It will also help improve your running economy, he says, which means you will become a more efficient runner. An efficient runner is a faster runner, which is something we all want to be, so as tedious as you might find strength training, it’s well worth it.

Don’t worry if you’re new to strength training or resistance band work, because Kawamoto will take you through all five exercises and ensure you know exactly what you’re doing with each one. If you like this routine, be sure to check out his other videos in the Canadian Running archives, and be sure to grab the next issue of the print magazine to see what workout he covers next.

Jon-Erik Kawamoto, MSc, CSCS, CEP, is a strength and conditioning coach, a regular contributor to Canadian Running and co-owner of JKConditioning, a personal training, nutrition and run coaching company in St. John’s, Nfld. Find out more at JKConditioning.com