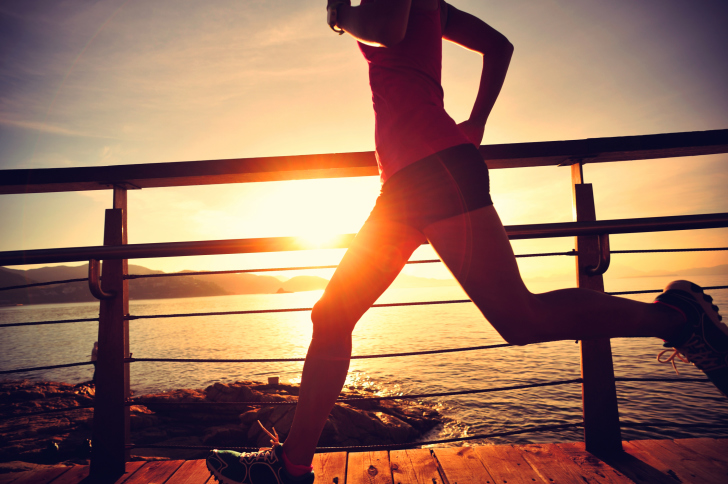 We don’t know exactly how they started but at some point rumours about the sport began circulating that have been putting off newer runners. Veteran runners, stop this. Newbie runners, don’t believe them. If you’re new to this whole running for the fun of it thing, before you proceed, you must know that these things are falsities:

The pace should be hard

This isn’t true. If you are running so hard that you’re constantly breathing hard and feeling the burn, slow it down. It’s no wonder you don’t like running. You’re turning casual runs into tempo work! You want to be running at a pace that feels conversational. If it’s too fast for that, slow it down. 90 per cent of all running should be easy anyway. NOW you like running much better don’t you?

You’ve got it or you don’t

Not true! Guess what? It never came easy to anyone in the beginning. Sure, some may adapt to the activity sooner than others. Some may have a natural talent for running fast, but you can’t “not have it.” If you run and it’s tough, keep it up. Keep it up long enough and it gets easier. End of story.

Running is a wind-in-your-hair exhilarating experience

No it isn’t. It’s more like a beet-red-in-the-face-and-sweating or an I’ve-only-done-4K?! experience. And guess what? It’s normal to get bored sometimes. Runners sometimes act like every run is a religious experience. They make it seem like Figure 1 when really, it’s often like Figure 2. Minus the sunset. Those runners are full of it.

If you compare your times to the elites or top of the pack runners, 40 minutes feels slow. If you are just getting your fitness back and went for a 40 minute (or longer) run, don’t think of it as slow. Try not to compare.

You will get addicted to running

You might have a month where you feel like you’re addicted. Or, you come off a race and have “caught the bug.” Don’t get upset if you don’t feel this pumped up about your running all the time. Motivation comes in waves. None of us are 100 per cent into running all the time and yes, everyone has ruts where we take time off by accident.

Many people who identify as runners lace up their shoes two or three times a week. As for the mornings? Morning running is great but it’s not for everyone. You don’t have to be an early bird to be a runner.

Don’t like camping or going for hours-long hikes? That’s cool. You can be a complete city slicker and have an appreciate for the sport. You just may not be that into the trail side of things. Run where you want to run.

No. Runners like to appreciate life. Part of that means chowing down on pizza and beer every so often. It doesn’t have to be fish and collard greens all the time.

You should be working up to a race

Or not. Don’t want to race? Then don’t. Races are a lot of effort and training and commitment. If it’s not something you’re excited about, running will feel like a chore. Recipe for resentment.