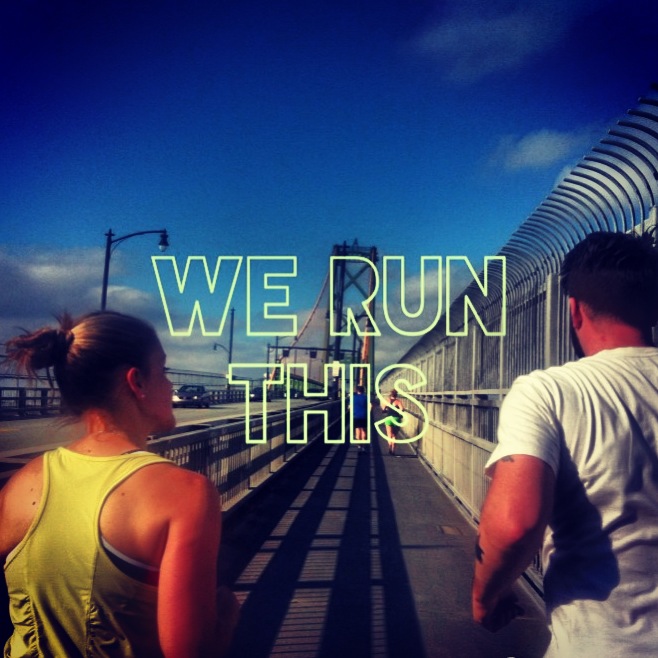 As a regular runner, you’ve probably heard of the new running crews popping up around Canada. Gone are the days when joining a group meant getting up painfully early to train, train, train. For most run crews, the motto is about crew love and making running more social. It’s about using running to explore new areas rather than just to perform well in a race. And if running was once dorky, the runs crews have changed that. Thinking of joining a crew? Get a feel from the video below and check out this roundup of run crews in Canada.

This club that started in 2010 under a different name is famous for their “I’d rather be smoking” shirts. What used to be just two guys running together is now a group famous for being inclusive.

This crew was born after a Montrealer got a taste of crew love from the Parkdale Roadrunners while on a vacation. So he rounded up some runners in Montreal and launched his own.

A group of Vancouver runners that isn’t so stressed about PBs now gets together to be social and enjoy Vancouver.

These guys make Toronto their playground at night and recruit new members mainly through using Instagram and other social media. The nighttime shots make running hard to resist.

Direct runners to a local brewery and they will come. That’s how this club got started. Now they meet to run and cram in that post-run burger and beer.

Manic Runners are those who are interested in the run crew culture but still want to thrive in the marathon scene. These runners want the best of both worlds so they created a club that does that.

Early birds get up every Wednesday to run in Toronto’s west end at 7:00 a.m. This crew gives runners that mid-week boost.

Tight Club used to be a few bar tenders getting together for post-shift hang outs. Now it’s a group of East Van service industry runners, painters and clothing designers who believe that you don’t have to be a jock to be fit.