A new study by authors in China, Finland, Sweden and the US and published in Frontiers in Physiology has considered whether breathing carbon monoxide periodically could be a reasonable substitute for altitude training in runners. (Yes, they’re serious.)

Altitude training works by improving the body’s ability to use oxygen, since the thinner air at altitude stimulates the release of natural EPO as well as boosting hemoglobin. Apparently, small, controlled doses of carbon monoxide can have a similar effect.

Good lord. What could possible go wrong with this?!

The study was done on 12 college-level male soccer players who trained on treadmills five times a week. Hemoglobin, VO2 max and running economy were measured before and after the four-week program. The experimental group inhaled 1 mL per kilogram of body weight in 4L of oxygen for two minutes before each training session, and the control group breathed regular air. Carbon monoxide levels and EPO in the blood were measured five times after inhaling the CO at intervals of 1 or two hours. 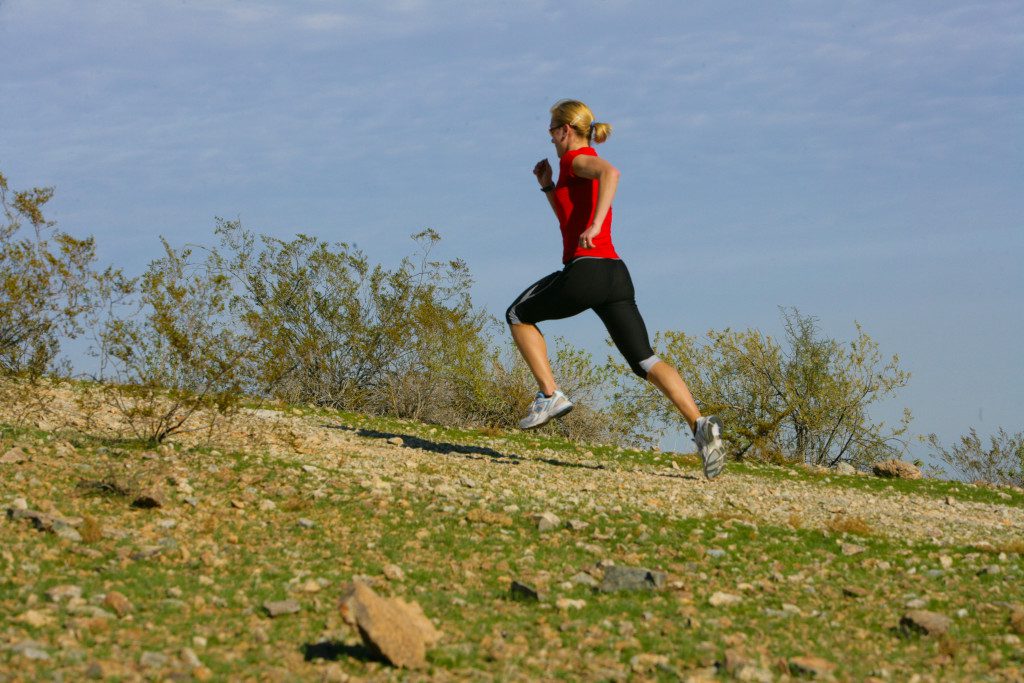 RELATED: Should you sleep in an altitude tent to PB in 2018?

(EPO is short for erythropoietin, a hormone produced naturally in the body. A synthetic version of the hormone, which is banned in athletics, is used to artificially boost the body’s red blood cell production and therefore its oxygen-carrying capacity.)

The results showed that athletes’ EPO production increased significantly after inhaling carbon monoxide, peaking about four hours later. Their hemoglobin, VO2 max and running economy improved significantly over four weeks of training using this method, indicating that controlled, moderate inhalation could reasonably be used as a substitute for altitude training.

Carbon monoxide is also highly toxic, has no taste, smell or colour, and at concentrations of 150 parts per million or higher, inhalation can lead to death.

The study added that “excessive CO breathing can be detrimental and can even lead to death, CO breathing interventions such as presented here should only be done in well-controlled laboratory setting, where both exhaled and blood CO values are always closely monitored and appropriate first aid facilities are readily accessible if needed.”

It added the following “Ethics Statement”:

“This study was carried out in accordance with the recommendations of sport science ethics review of Beijing Sport University, Beijing Sport University Institutional Review Board (BSU IRB), with written informed consent from all subjects. All subjects gave written informed consent in accordance with the Declaration of Helsinki. The protocol was approved by the BSU IRB.”