In Canada, winter happens. Although many runners continue on their daily routes (now with tights and thicker socks), there is a second option: cross-country skiing. I have been guilty of ignoring Canada’s winter climate and running knee-deep in snow, but once upon a time I did ski quite often. Priorities have a way of changing, as does access to mountain trails, but growing up in Ottawa I competed in high school, then university, cross-country
skiing and running. While racing in one sport, I would see the other as cross-training. This continual back and forth gave me perspective on the training benefits of both. So what does skiing have to do with the running?

Ski races consisted of me turning my body and lungs into an oxygen-devouring factory. Lactate burned my legs while cold air burned my lungs. Runners, cross-country skiers and cyclists together have the highest oxygen uptakes of any athletes. In terms of cross-training I would argue there is a stronger link between running and skiing than running and cycling. I know some very fast skiers who were also amazing runners. Skiing is a good way to push your heart rate and breathing to the limit, which depending on your terrain, happens a lot. 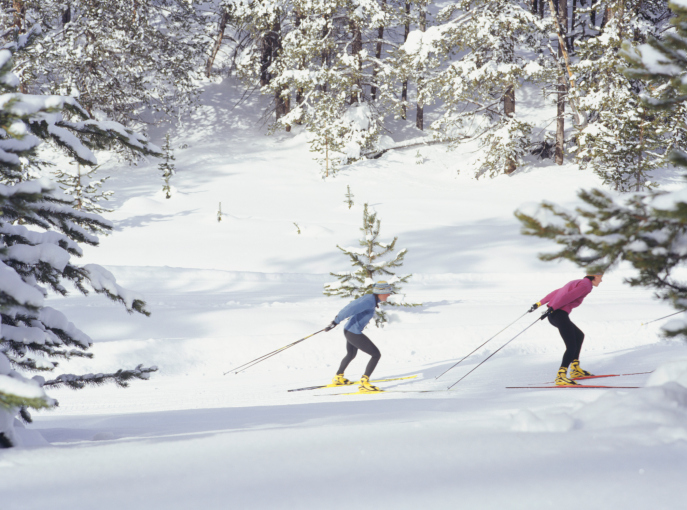 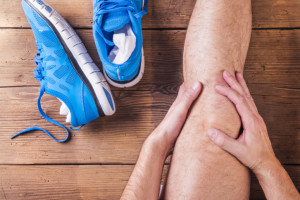 Here running and skiing could not be more different. After six years of semi-competitive running I have suffered shin splints, Achilles tendonitis, many twisted ankles, tight calves, pulled leg tendons, countless cramps, two strained quad muscles and a broken metatarsal. The number of injuries I’ve earned while skiing: one. Fourteen years ago I took a face plant, scraping my nose and chin. That’s it. I never pulled a muscle or broke a bone. After thousands of hours on snow I never knew anything beyond the usual sore arms and legs from a day’s workout. The ultimate winter cross-training.

However far runners go, skiers go farther. In high school I thought nothing of skiing for three hours. Two was the absolute minimum, and less wasn’t worth the trip. I completed the two-day 160k Canadian Ski Marathon before having tried any race longer than 25k. Despite the sometimes-similar effort to ski as to run, the distances one covers can become enormous. Running races can be long as well, but maybe it was the low chance of injury that made me more ambitious. 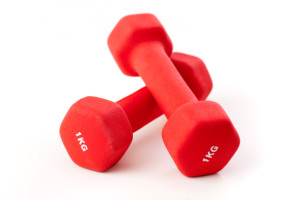 Skiers are not shy to visit the weight room. They do chin-ups, push-ups, leg lifts, deadlifts, box jumps, plyometrics, you name it. It could be that skiers never fear “bulking up,” as big arm muscles are never a bad thing when you have to double pole yourself up a hill. Perhaps all the strength work was another reason I didn’t injure myself skiing.

Although runners like to consider their form now and then (think chi running or pose technique), I have never seen anything approach the fanaticism of a skier. Coaches would routinely film us skiing, then compare it to the pros in slow motion. We’d practice balance drills for hours (that’s on top of the intervals we’d practice for racing). No one in skiing thinks technique comes naturally; it has to be learned.

Runners put on their shoes, walk outside, and they’re ready to run. Not so for skiing. Skiers have to wax their skis, drive to the nearest mountain, buy ski passes and pray for good snow conditions. No weekend warrior is as fierce as a skier. They will typically log an entire week’s training in two or three days. One reason I moved
from skiing to running is due to the simplicity and ease of going out for a run. No more $200 ski poles or fussing over snow conditions and which wax to use. Running is just one foot in front of the other. While skiing is a privilege, running is a right.

When the snow falls skiing provides natural cross-training for running. Skiing keeps you in great shape without the injuries and encourages training for power and muscle strength. With multihour ski sessions your endurance can be pushed to new limits. The downside is the cost and time of skiing. If you are lucky enough to live where both are possible, there is nothing quite like running along ski trails in the fall, covered with leaves, and later revisiting them as winter trails. Cross-country skiing and running are two quite similar worlds separated by just a few inches of snow.