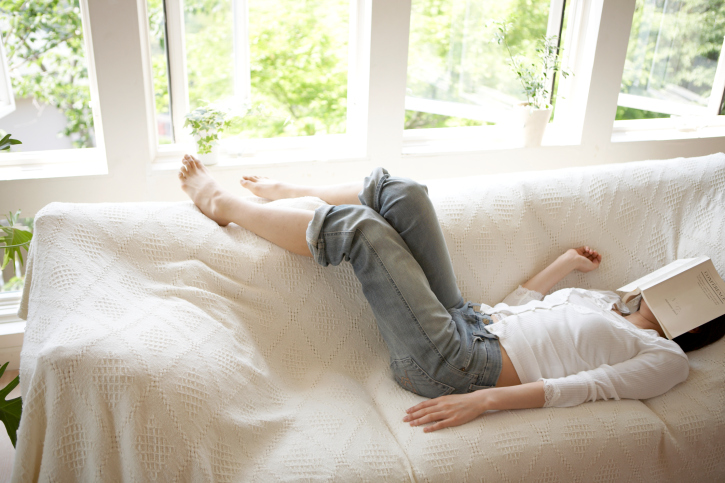 What was your New Year’s resolution? We’re slightly over a month into 2016 now so if you’re the type to set new goals before ringing in the New Year on Jan. 1, one month into the year is a good time to evaluate.

Several will joke about resolutions just being a to-do list for just the first couple weeks of January. There’s some truth to that. For those who set unrealistic goals for the year, it might be easy to carry them out early on. Then you fall of the routine. By February, you may have already given up.

Sound like you? We caught up with sports psychologist who is a professor at Wilfrid Laurier University in Waterloo, Ont. Kim Dawson to get some advice for those of us whose 2016 resolutions aren’t going exactly as planned. Don’t give up, here’s her advice:

Figure out what went wrong. What’s the reason for your goal not being achieved? If life is busy, like you’ve just switched jobs, perhaps the running will come more naturally when things are settled. Maybe it’s a problem with motivation, or the resolution was too far-fetched in the first place. “Identify what is it that stopped you from doing it,” says Dawson. Then, find a way to get past that barrier.

Control the controllable. Some running-related factors are beyond your control. Others are not. You can’t change winter conditions for example, but you can plan your schedule better.

Realize that goal setting isn’t a static process. Dawson explains that goal setting shouldn’t be a set-in-stone process. You’re allowed to go back and change it, edit it– in fact, she encourages this. “If you don’t constantly evaluate, then you’re never going to go anywhere,” she says. So if on Jan. 1 you planned on running 80-kilometre weeks, but have been unable to achieve that, you should go back and adjust. Changing that to 60-kilometre weeks in February is an adjustment– not a failure.

Do you have good reasons for achieving this goal? Did you sign up for that half-marathon because your best friend wanted to do it? Are you shooting for a spring marathon because you feel that that’s just what all runners eventually progress towards? Those aren’t good reasons and you won’t stay motivated because it’s not personal enough. Dawson suggests asking yourself the following question: “How will I use running differently to improve my life?” That could mean aiming for a running vacation instead or using running to meet new friends.

Sometimes, running less is more. Having a hard time staying motivated? Dawson uses a fun less-is-more approach. The idea isn’t to slack off but to not wear yourself out to the point where you won’t want to run anymore. “If you run a lesser distance and it feels better than you thought, you’re more likely to do it again tomorrow,” she says.

Get real. When working with athletes, Dawson asks if their target is based on facts about their life. Often, athletes want to set goals that are too far fetched for their lifestyle, she says. “That’s not different to saying ‘I’m going to get a job that pays $500,000 a year,'” she says.

Keep a journal. Write down the workouts, the aim, the fitness habits, etc. Go back and reflect every two weeks or so to evaluate and make necessary changes.