Sometimes it’s hard to take a break from running, knowing that you’ll lose all your hard-earned fitness day by day. But how quickly does your fitness disappear?

Most runners worry that if they break, all of their training will go to waste, but a 2008 study in the Journal of Physiology suggests that what changes is the body’s ability to consume and process oxygen. 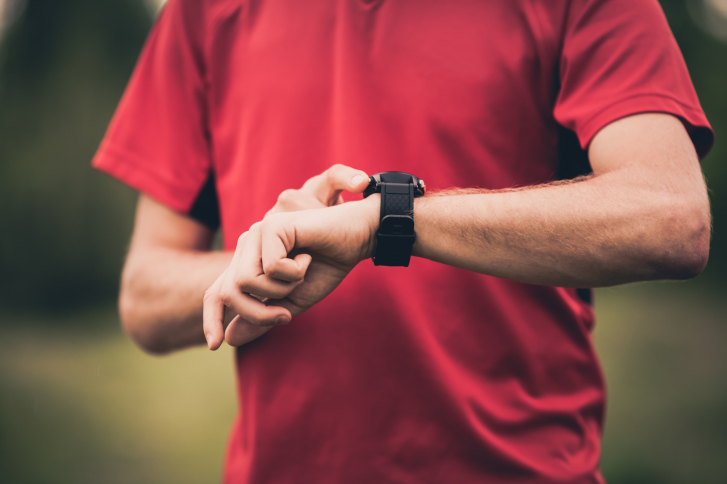 “The maximum oxygen (VO2 max) he or she can uptake and utilize, can plunge in only one month of inactivity,” according to Dr. Edward Coyle, director of the Human Performance at the University of Texas.

Coyle did his research on seven endurance athletes who all had many years of running experience. He set them all up on standard training plans, then measured how each athlete’s fitness declined after 12, 21, 56, and 84 days off (for a total of 12 weeks).

Getting in shape? Take your partner

Here is a timeline of running inactivity:

The two-week break in running shows signs of training regression, enzyme levels in your blood that are associated with endurance performance decline by 50 per cent and VO2 max drops by seven per cent.

The good news is, the damage is already done: most of the initial declines occur in the first two to three weeks. After a month, there are measurable declines in fitness and enzyme levels associated with performance, but these declines level off after three weeks of inactivity.

For runners who have trained for a few months, your VO2 max would now completely reverse. To put it in perspective, it’s like starting from ground zero. All endurance training is gone at this point, but speed can still be present.

Since most elite athletes have a base, their fitness won’t decline to the same levels as less-trained individuals or people who have never run, even after three months of inactivity.

One to three years

Your endurance levels have been lost at this point, muscle mass and strength also begin to disappear. Highly trained runners won’t completely lose their speed, as fast-twitch muscles fibres aren’t lost due to inactivity. You will have to rely on speedwork and sprint training to regain muscle strength.

In short, runners often notice that endurance goes first after two weeks, but it can be possible to hang on to some speed for a few years. Since endurance athletes do not regress to the levels displayed by those who have never trained, it is easier for them to gain fitness when coming off a break.